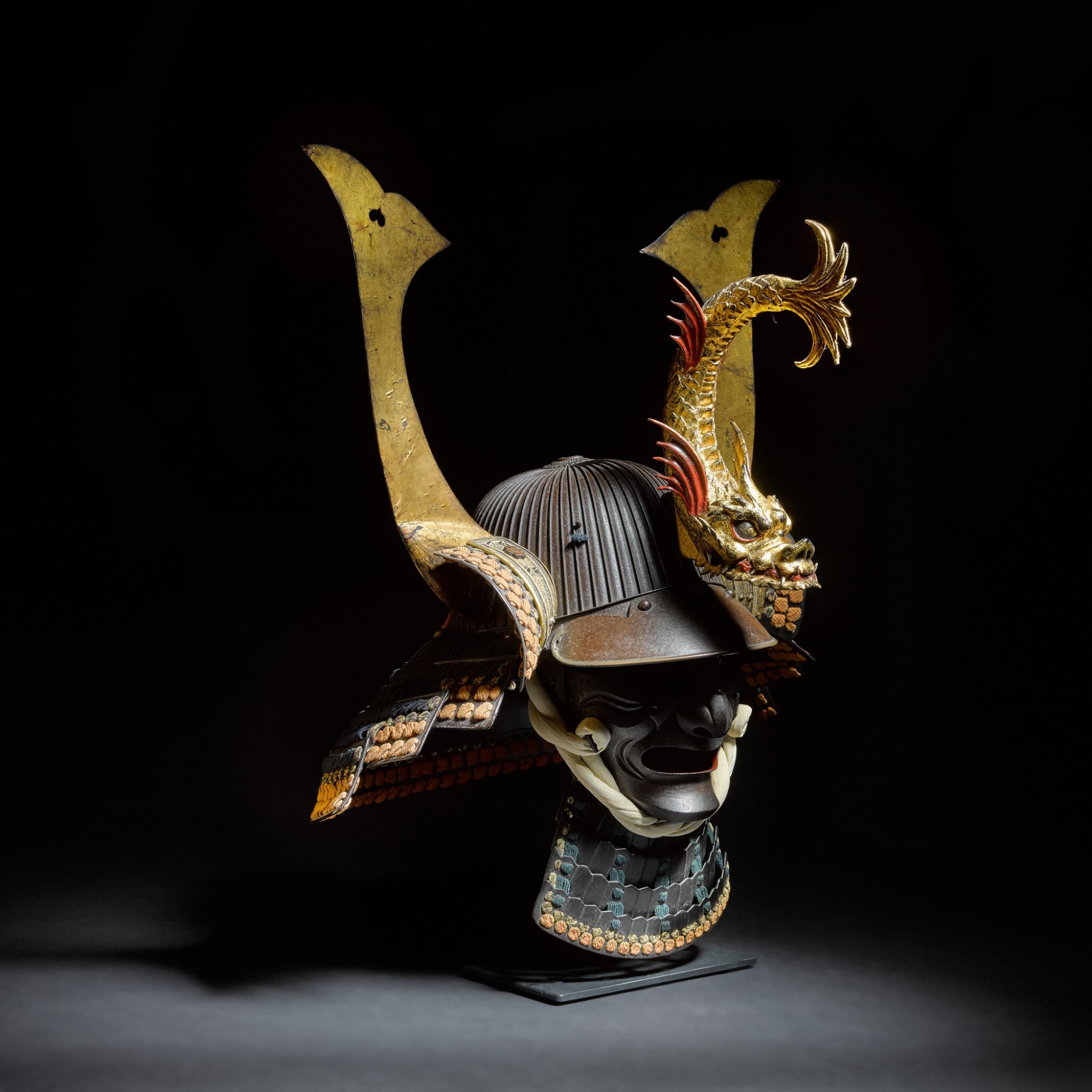 A suji-bachi [helmet with raised ridges] and mempo [face mask]

The fine iron helmet bowl with minor wear and a few small nicks in the raised ridges, but overall in good condition, the black lacquer to the neck guard with some areas of restoration particularly around the edge attached to the bowl, the underside with some slight cracks to the tiers, the face mask with some slight surface wear and minor pitting from rust on one corner, some wear to the red lacquer to the interior, the forecrest with restoration to the red lacquer fins, the teeth replaced with composite resin, some where to gilt overall, the lacquered kuwagata with cracks and old repairs.

There are two armourers known to have signed their work Saotome Ietsugu, both of which lived in Hitachi province, also known as Joshu. One was active during the late Muromachi period, the other during the mid-Edo period. The latter was the tenth Saotome master and is most likely the smith of this helmet.

For another example of a helmet by this smith, see Ian Bottomley, Japanese Armor: The Galeno Collection, (Berkeley, 1998), pg. 140.