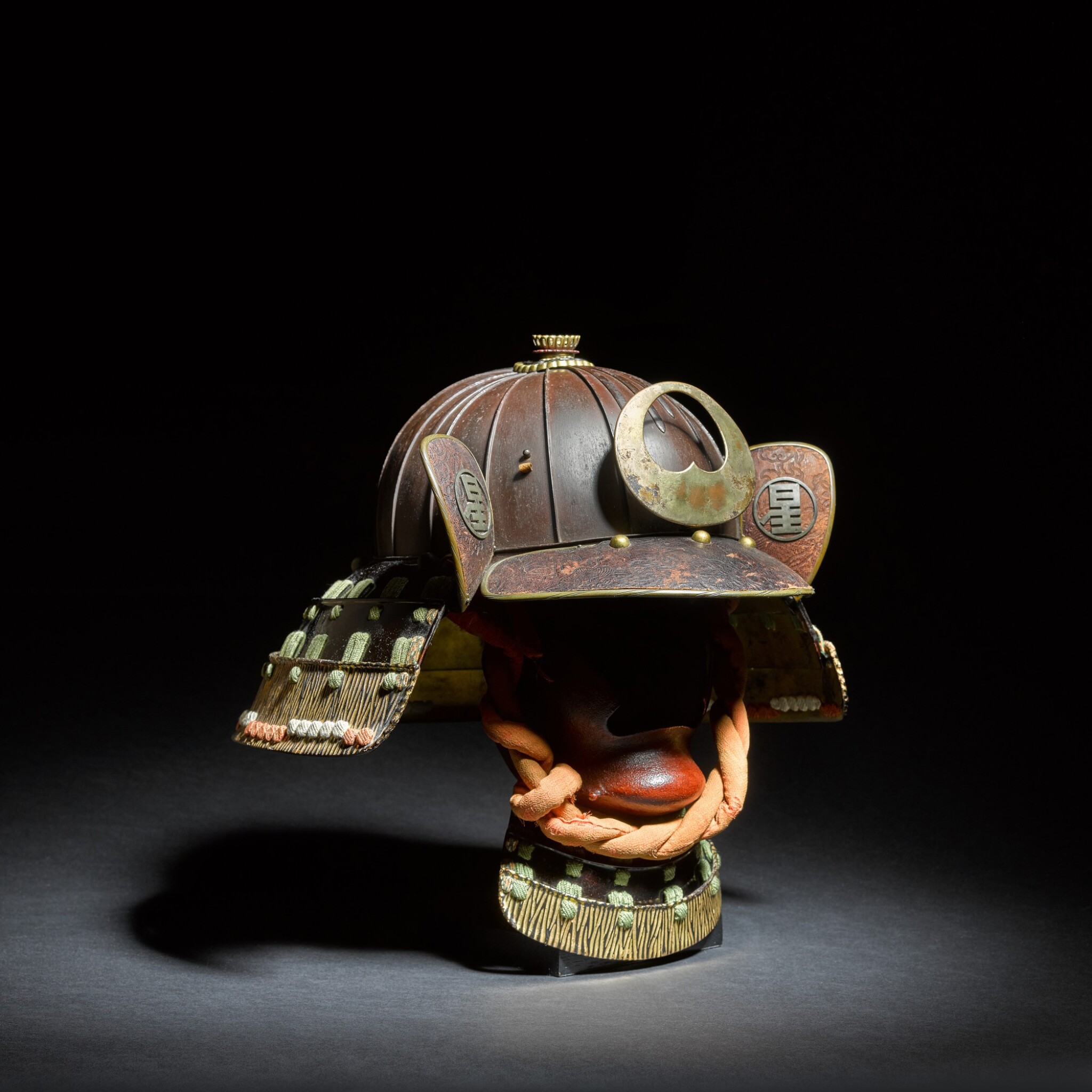 A suji-bachi [helmet with raised ridges] and hanbo [half mask]

There is some surface wear to the helmet bowl, consistent with age and use, the tehen kanamono to the apex of the bowl is slightly loose, the leather to the peak is slightly worn at the edges, the black lacquer of the upper two tiers of the neck guard with some slight cracking, minor chips, the underside with wear to the gold lacquer, some wear to the silk cord and edges to the lining, the forecrest with wear to gilt, the lacquer imitating the russet iron of the half mask has areas of restoration around the outer edges, the chin and the upper rims, the interior red lacquer slightly cracked and lifting in places.

For another example of a russet iron suji-bachi by Juryo Mitsumasa mounted on an armour in the collection of the Denver Art Museum, accession number 1978.225.1-12, go to: