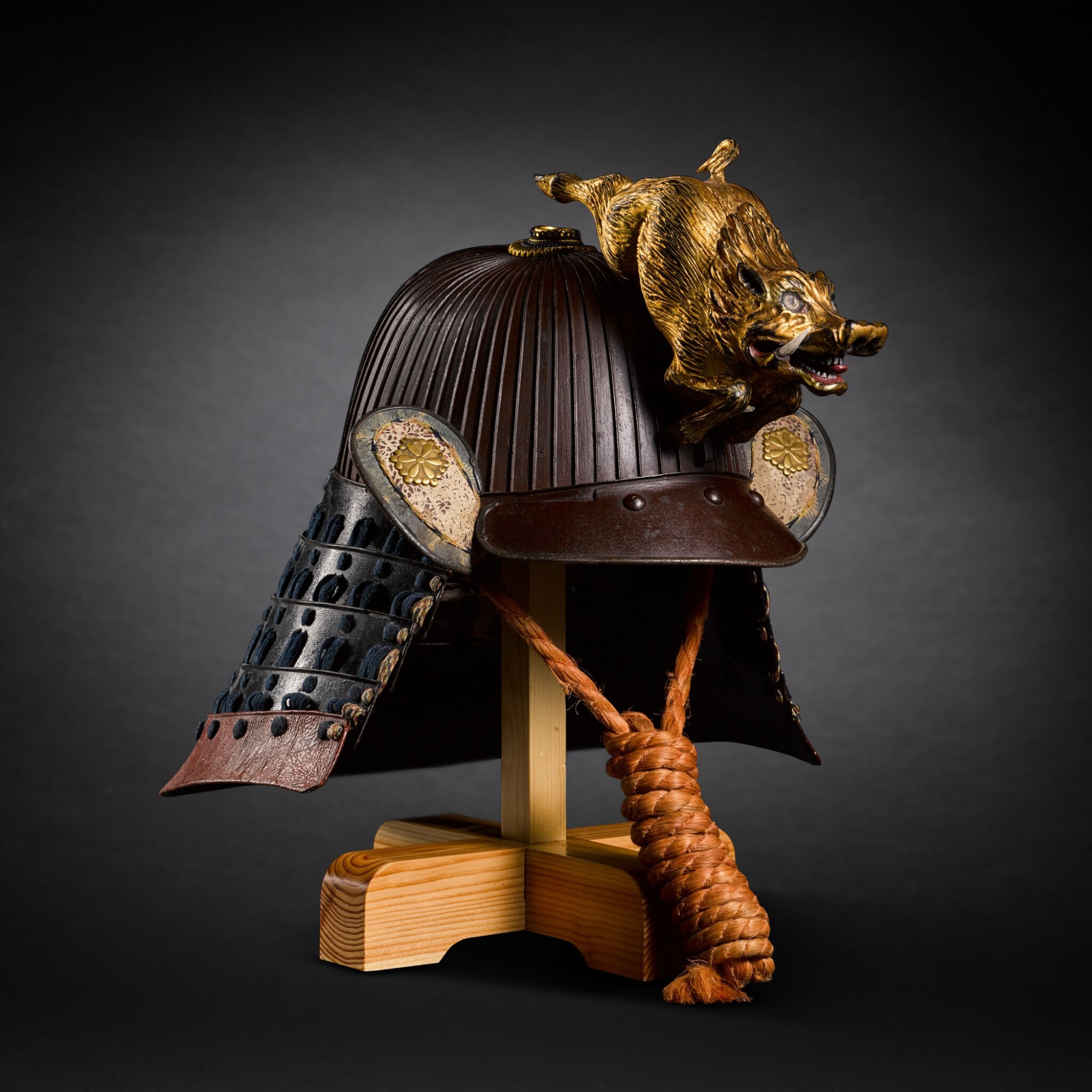 A suji-bachi [helmet with raised ridges]

As can be seen in the illustration, there is some surface wear to the russet iron of the bowl and peak, consistent with age and use, the attached neck guard is overall in good condition with some small areas of lacquer loss to the top two tiers and some areas of restoration which have been well done, some wear to the silk threads surrounding the stenciled leather, there is some minor chipping and small lacquer losses to red lacquered leather, the underside has areas of lacquer loss particularly to the first tier of the neck guard, the wild boar forecrest had ivory tusks and teeth now replaced with composite resin.