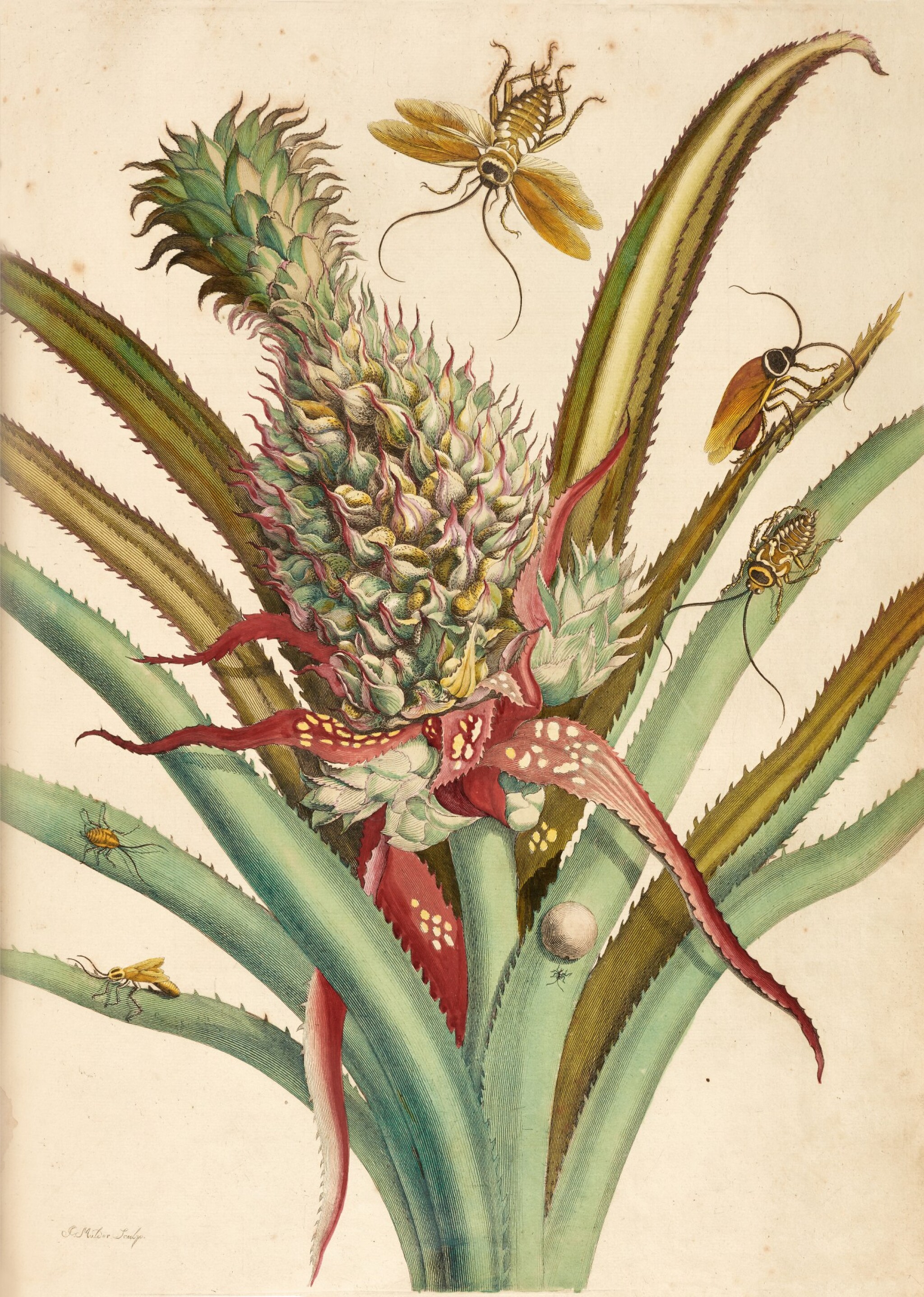 Maria Sibylla Merian's magnificent work on the plants and insects of Surinam, which she visited in 1699-1701, was first published in 1705; this posthumous 1719 edition included an additional twelve plates, mostly of insects and other animals, including a spectacled caiman. Merian brought back numerous specimens with her and the plate explanations describe each specimen, including the dates at which the insects transformed and even the effect on her skin from some of them: "This caterpillar was so venemous that when I first touch'd it, it wounded my fingers so, that they immediately grew red & swelld up with great pain even to my elbow" (plate 63, English translation), noting that this was caused by the hairs on the caterpillar.

Merian's contribution to natural history went beyond botanical illustration as she also demonstrated pictorially the process of metamorphosis in insects; many appear in these plates alongside the plants she found them on in the wild.

This copy contains manuscript translations into English of the title-page, Merian's preface to the reader, index of plates (all bound at the end of the printed text) and the explanations for each of the plates, which are pasted opposite the relevant plate.

Rev. William Smyth of Elkington, Lincolnshire (1791-1873, his father owned a substantial library which he inherited); thence to Sir Stephen Cave (1820-1880) in January 1873; given to W[illiam] H[enry] Smyth (of Elkington Hall) by the widow of Sir Stephen Cave in 1886, ink manuscript notes on verso of flyleaf