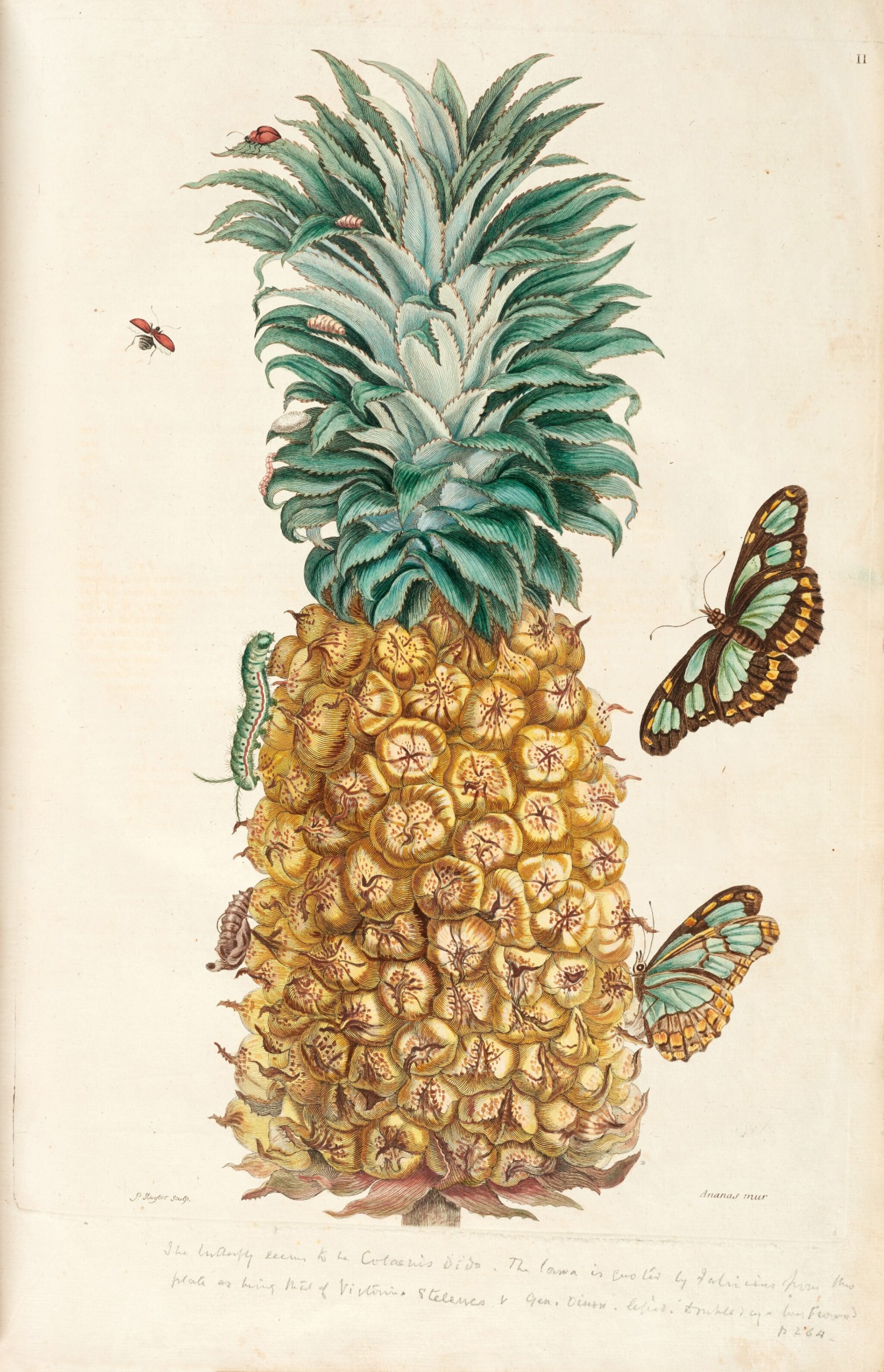 This rare combined edition gathers Merian's two major works, together with Rabel's depiction of the most spectacular flowering plants of the seventeenth century. The plates to Merian's works (including the additional plates for Insectes de Surinam by her daughter) appear to have been purchased at auction by Desnos, to which he added the suite of plates by Rabel, which is effectively a fourth, revised edition of his classic Theatrum florae. This last part includes all 69 plates that were present in the first three editions of Rabel's work.