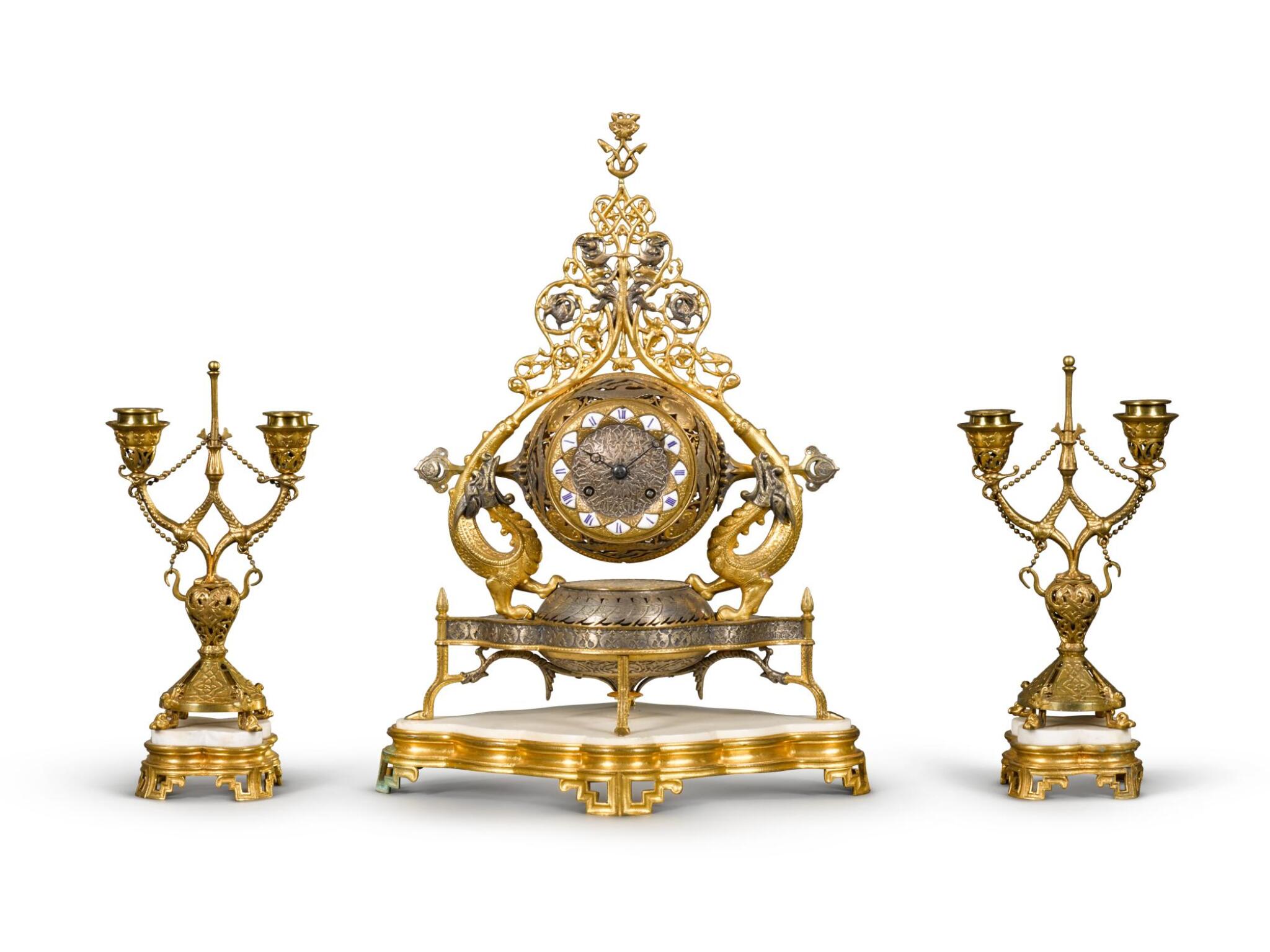 executed by Auguste-Maximillian Delafontaine; 3½-inch dial with enamel cartouche numerals the bell striking movement with Brocot suspension and stamped to the backplate HD, the case supported by metamorphic dragons on a shaped marble plinth with gilt base, together with a pair of matching two-light candelabra, the clock case stamped AD

Dial in good condition. Movement appears to be complete but is not running and needs a clean and service. Case in generally good condition, some rubbing to silvering, top finial to clock case appears to have been repaired, very minor edge chips to marble, otherwise good. With pendulum and a winder.

A disciple of David d’Angers and Pradier, Adolphe-Victor Geoffroy (1816-1892), known as Geoffroy-Dechaume, provided models for both the orfèvres (goldsmiths) as well as bronziers, such as Delafontaine. He participated in the conception of the design of the Bonheur du jour, executed by Froment-Meurice for Louis-Marie-Thérèse de Bourbon, grand-daughter of the Duchess of Parma, now in the Musée d'Orsay in Paris.

According to the accounts of Geoffroy-Dechaume, the sculptor published the design of a “Persane” clock in 1852 for the bronzier Delafontaine. An example was then exhibited at the Universal Exhibition in 1855 in Paris.

The Delafontaine bronze factory was first established in the late 18th century by Jean-Baptiste-Maximilien Delafontaine (b.1750). The present lot was cast under the direction of Jean-Baptiste's grandson, Auguste-Maximilien. The firm produced decorative works of art of the highest quality and was a main competitor of the Barbedienne foundry.

Decorative objects cast by the Delafontaine foundry can be seen in the permanent collection of the Musée du Louvre in Paris.