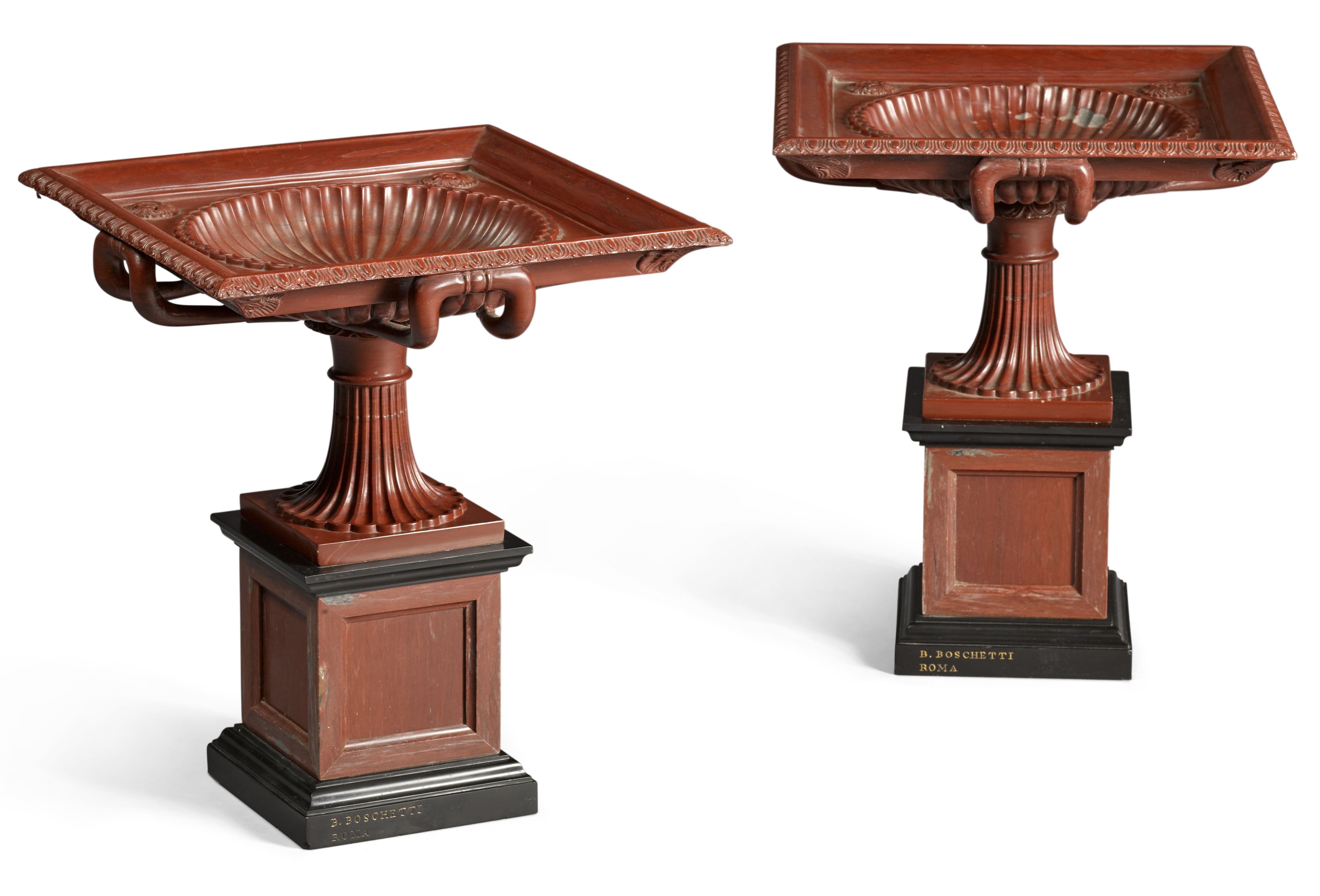 the shallow square bowl with an interior carved with foliate bosses within an egg-and-dart border and a lobed body with a handle to each side below a rosette and leaf border, on a fluted spreading stem, raised on a rosso antico and black marble square base, both signed B. BOSCHETTI / ROMA

In overall good restored condition. Each in two sections: the bowl, and the foot and base. One bowl with possibly one restored handle, and one break to a corner of the square bowl now restored. One socle restored. Otherwise with minor old marks, scuffs and scratches consistent with age and use. Some white old labels which would benefit from cleaning.

This pair of tazze is an addition to the oeuvre of Benedetto Boschetti, established in Rome circa 1820 on Via Condotti. Key characteristics of his work which successfully catered to the demand of Grand Tourists include meticulously carved stones, the shape of the tazza, thin reliefs and key neoclassical decorative elements such as masks, egg and dart friezes, rosettes and gadroons.

While Benedetto Boschetti is to date not well documented, he is listed in 1856, by Bonfigli in the Artistical Directory or Guide to the Studios of The Italian and Foreign Painters and Sculptors, Rome, 1856, which stated, 'The Establishment is particularly conspicuous for its great variety of marble works, bronzes, candelabras, table tops, ets. besides a rich collection of the best mosaics and shell engravings' and Boschetti had 'attained the Prize Medal at the Exhibition in London'. Boschetti is also mentioned in the 1858, 1867 and 1869 editions of Murray's Handbook, p.XXVI, sec. 36.