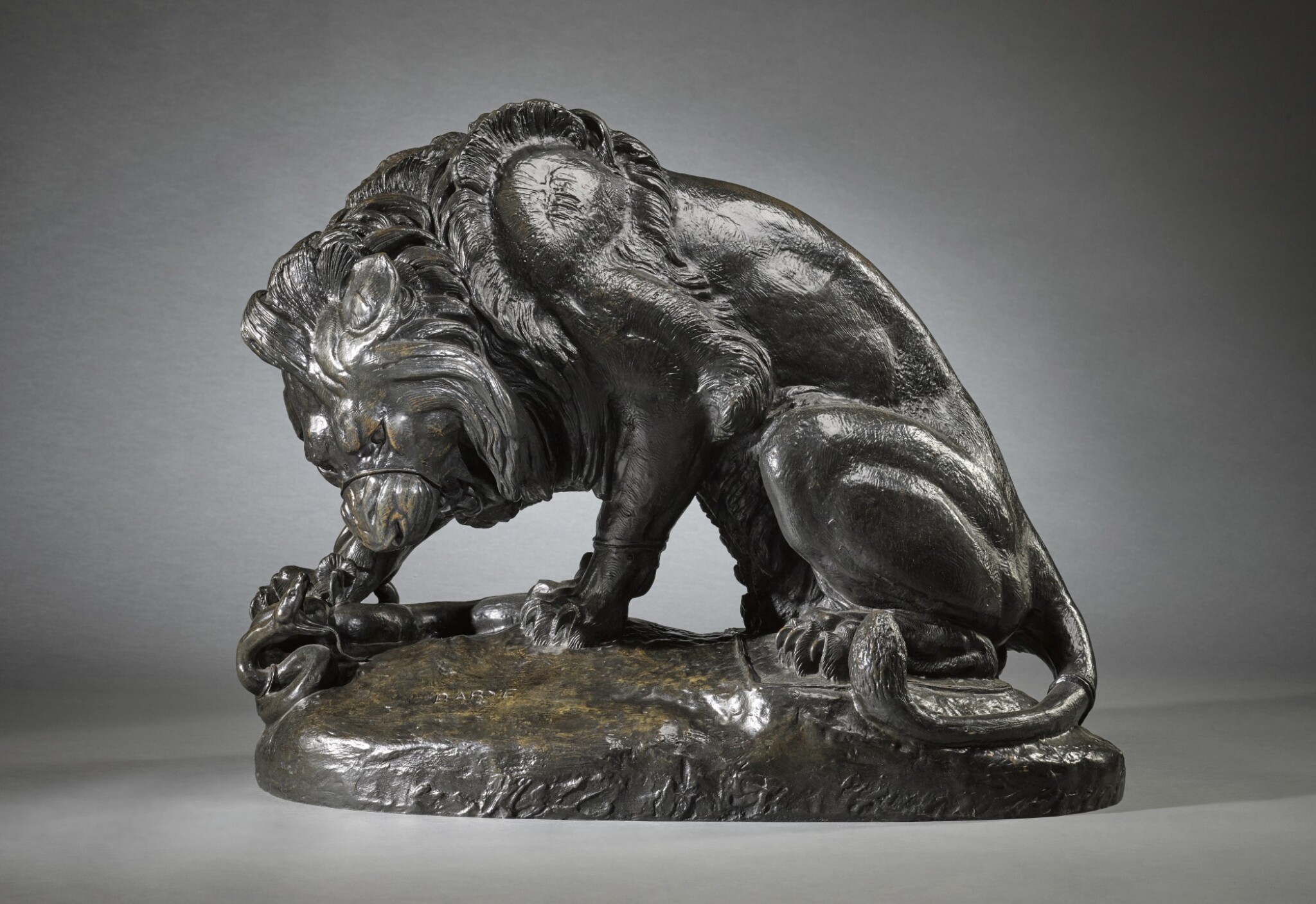 Overall in very good condition with minor surface dirt and wear consistent with age. The original casting joints are slightly visible at the rear paws, both front legs, the tail, the snake's body and at the end of the snout.

The original and life-size plaster model of Barye’s Lion au serpent, ‘Lion and serpent’, was exhibited at the Salon of 1832. The model is considered one of Barye’s most popular creations and received great popular acclaim. Subsequently, Barye made several smaller variants of this model, including the present mid-scale version in bronze, which was first exhibited in 1855 at the Exposition Universelle.

The present fine quality bronze is the chef-modèle, which is an original and unique bronze model made by the artist from the sculpture’s finished plaster and wax prototype. The striking bronze is finished to a high standard with stark realism and fine detail. This bronze was commissioned by Hector Brame, who purchased the reproduction rights of the midscale model in 1876. The chef-modèle was used to facilitate the production of a sand cast, from which a subsequent bronze edition could be made. Despite Brame’s commission of a costly chef-modèle, few further casts were made of this model.