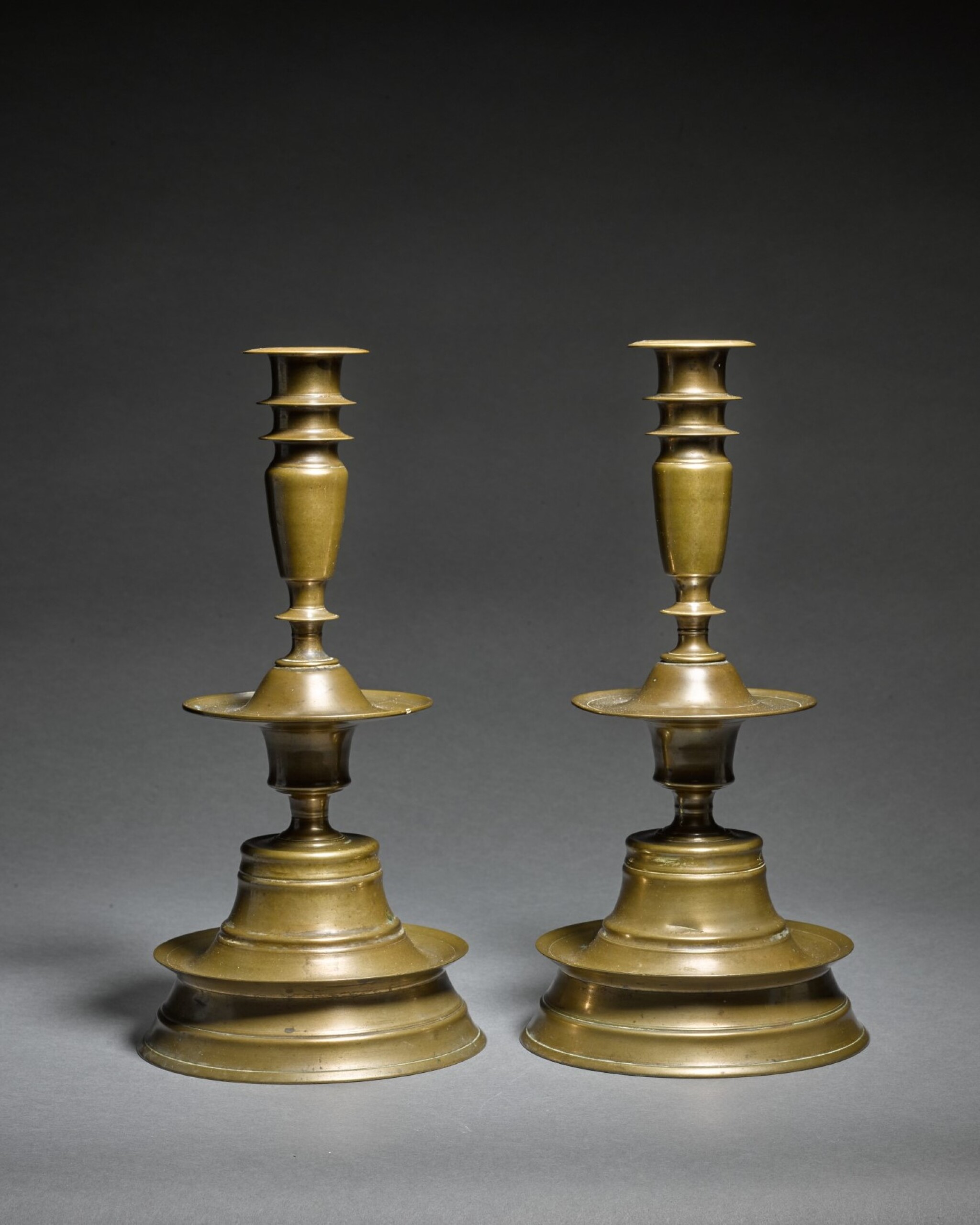 Both in very good condition with minor dirt and wear to the surfaces consistent with age. Dark spotting and a few small spots of green to the surfaces. One pierced to the base; the other pierced to the pricket. The latter with solder to the underside of the base underneath the stem; this probably indicates a later repair or reattachment.

These beautifully cast brass candlesticks share the 'chalice and paten' form seen in English 16th-century candlesticks made during and between the reigns of Henry VIII and Elizabeth I. The facture and form (with bell shaped bases) betray Netherlandish and South German influence, particularly from Nuremberg, which was an important metalwork centre at the time. A near identical candlestick (of similar dimensions: 35.5cm., 14in.) is illustrated by Koldeweij, described as Tudor, 1550-1600.