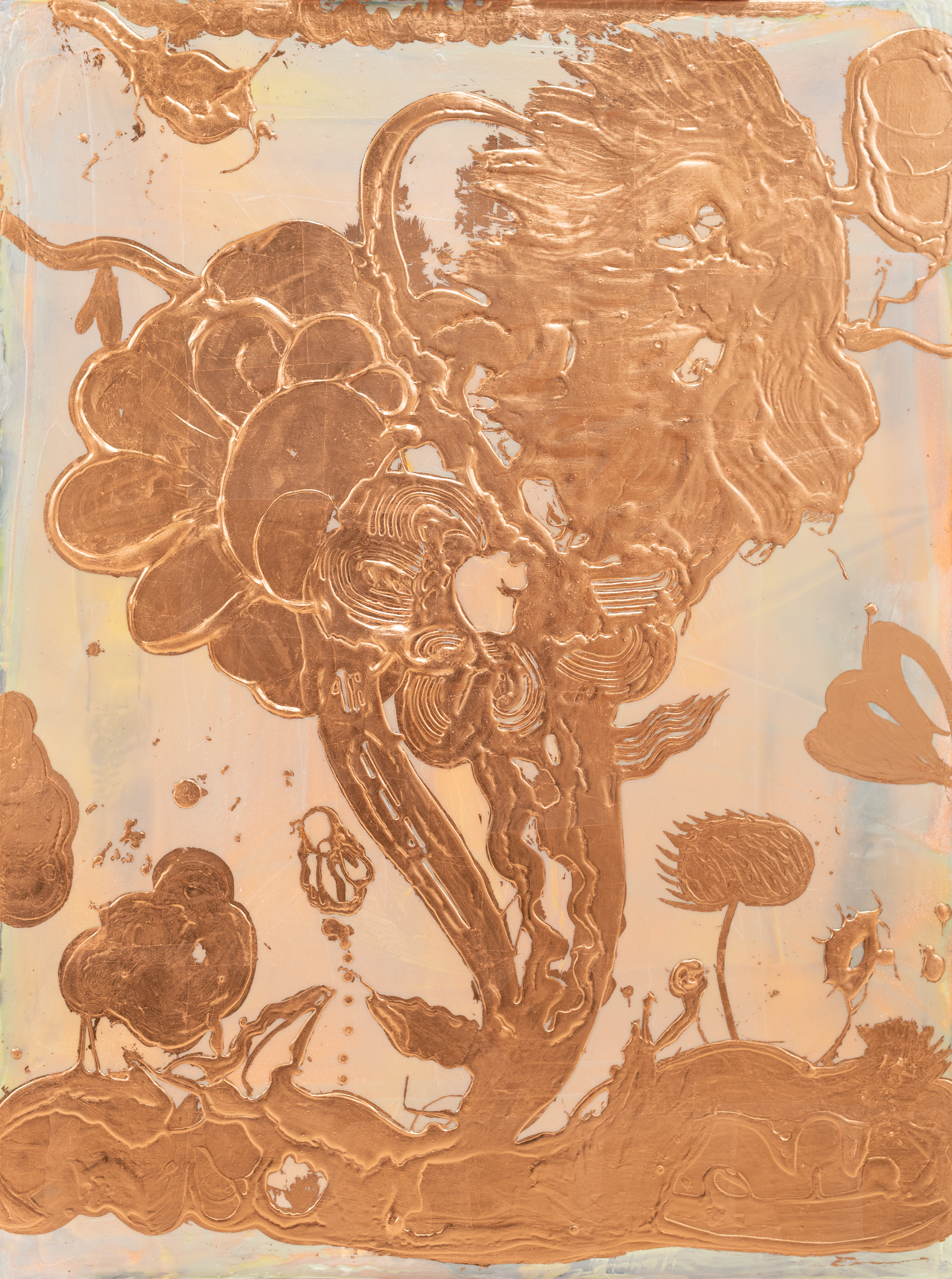 Catherine Howe insists that her paintings, which appear to reference 17th-century still life paintings, are not about representation or narrative; rather, she says they are exercises in the evocative power of painting as a material. What appear to be flora, figures, and foods dissolve into abstract flurries of brush marks and fields of commingled colors when observed closely. The painted surfaces vary widely in paint application, with some areas thinly glazed or quickly sketched, and others so thick they appear to be in relief. Howe’s palette is known to be strong and vibrant, though not without eerie contrasts; her technique includes splatters, spills, and the scraping away of paint. b. in upstate New York in 1959, Howe received an MFA from SUNY Buffalo in 1983. The many publications that have reviewed her work include Art in America, Artforum, Art Critical, The New York Times, The New Yorker, and the Los Angeles Times. Howe has exhibited throughout the United States and Europe for over twenty years, including shows at the Corcoran Gallery of Art in Washington, DC, MoMA PS 1 in New York, and the Albright-Knox Art Gallery in Buffalo.