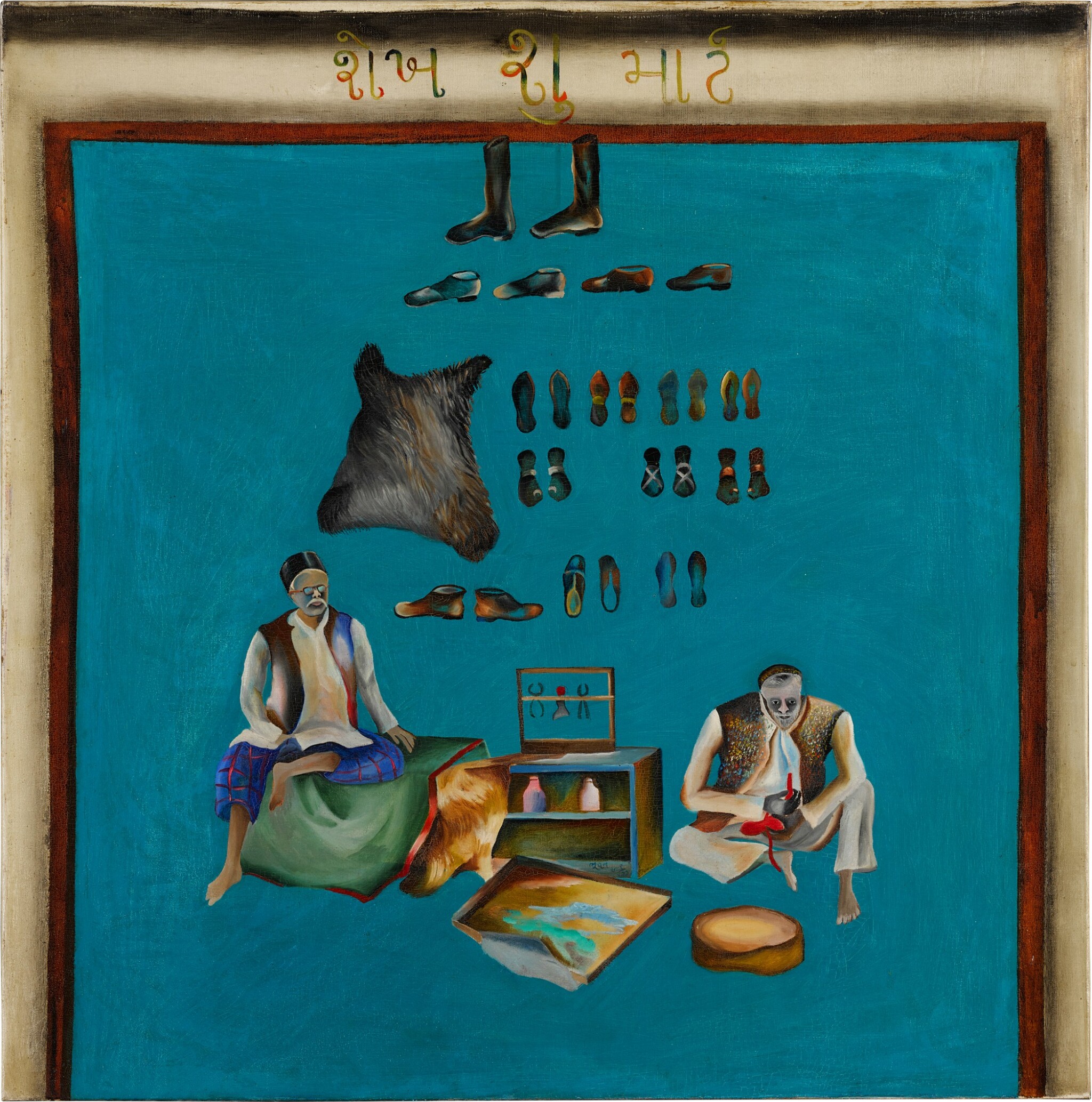 Vinodini and Satyapal Mayor moved to Baroda in the 1950s. Vinodini, a professor of Mathematics at the MS University of Baroda, and Satyapal, who worked at Satyadev Chemicals, were well connected with the social and contemporary art scene of the city. In the 1960s, Vinodoni established what was to become the famous Artist's Colony, behind their home Kamal Cottage in the grounds of the Shiv Mahal Palace. The colony played host to a number of young artists through the 1960s up to the early 1990s, including Gulammohammed Sheikh, Vivan Sundaram and Jyoti Bhatt. Bhupen Khakhar, one of the colony’s most famous residents, spent a decade living and working from there. Bhupen and the Mayors became great friends and the artist would often frequent their residence at Kamal Cottage.