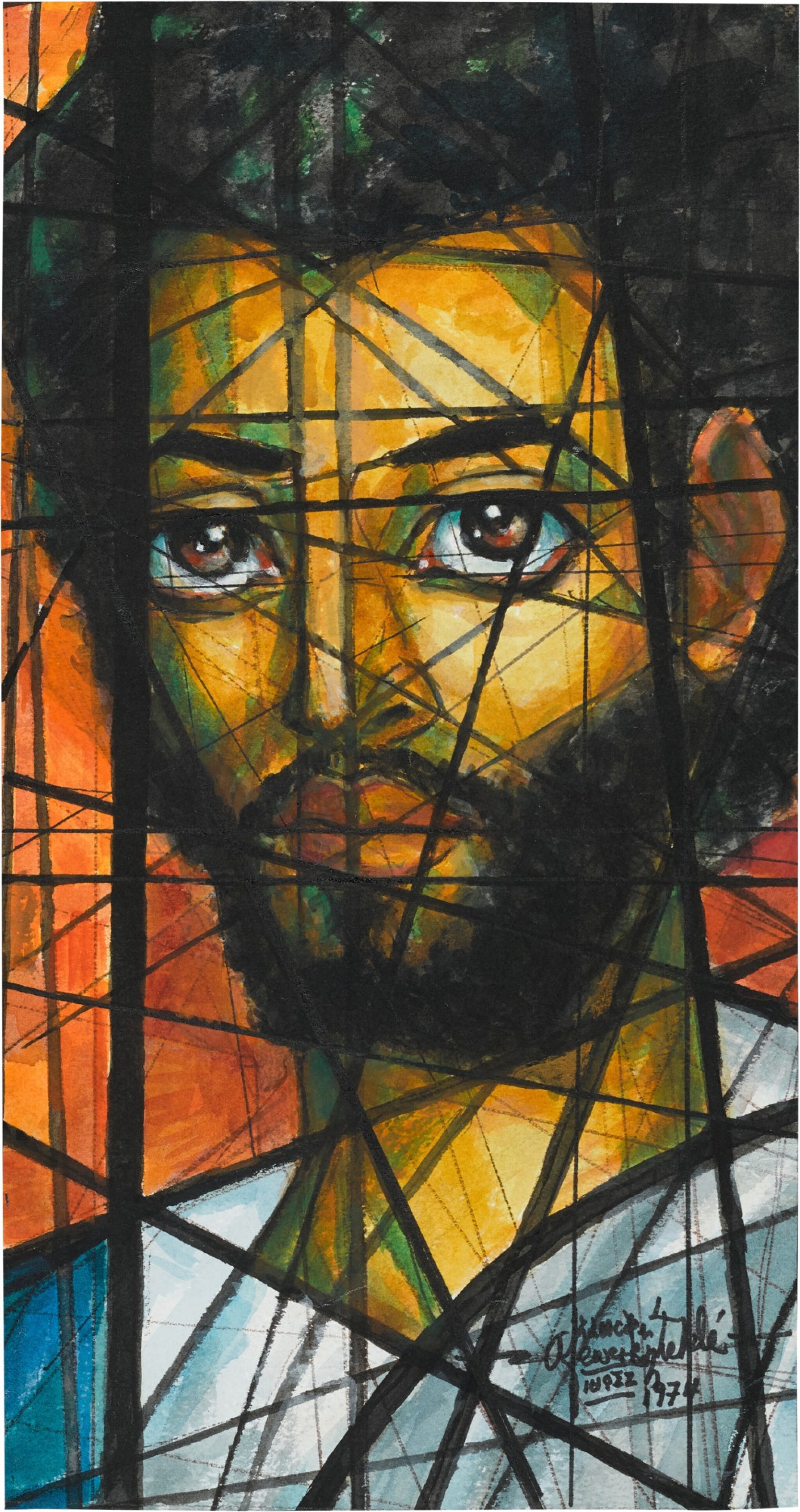 Please note that this work is adhered to its mount, therefore inspection of the reverse was not possible. The work appears to be in very good condition.

Acquired directly from the artist by the present owner in c.1998

Afewek Tekle is remembered as one of Ethiopia’s most renowned artists. Born in 1932 in Shewa Province, Ethiopia, he grew up during the Second World War in Italian occupied Ethiopia. These experiences of his childhood greatly influenced Tekle’s later life and his eventual decision to travel abroad to the United Kingdom to further his education. Tekle left Ethiopia in 1947 to study mining engineering with the intention of returning to aid in the reconstruction of his home country. However, once in England, Afewerk Tekle’s skill and artistic talent was recognised and he eventually transferred to Central School of Arts and Crafts in London, later to move on to Slade School of Art. Tekle returned to Ethiopia and had his first exhibition in Addis Ababa in 1954.

After returning to Ethiopia, the artist began to travel around the surrounding areas of his homeland, which was evident in the work he was creating. It was back in Europe that Tekle expanded his artistic methods, using stained glass and studying ancient manuscripts from Ethiopia. These skills were put to good use in later years. His murals and mosaics in the Saint George Cathedral are renowned and he went on to design the stained glass window for the Africa Hall of the United Nations Economic Commission for Africa in Addis Ababa. With its geometrically patterned composition, reminiscent of stained glass, The Afar Boy perfectly represents the techniques for which the artist is most known.

This work was first seen by the present owner on display in the artist's home in Addis Ababa.