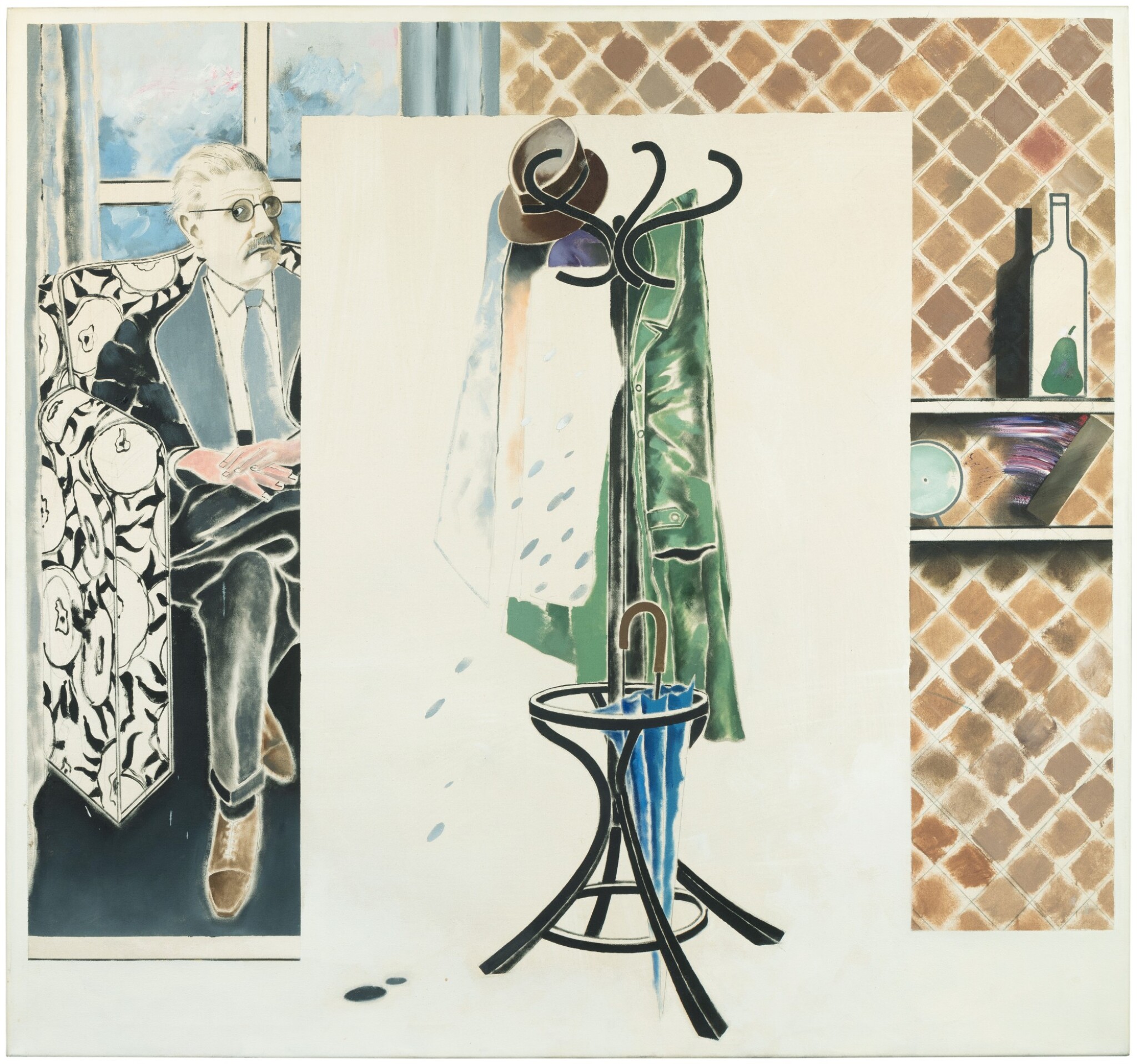 signed Michael Farrell, dated 82 83 and inscribed Paris (on the reverse)

Acquired directly from the Artist in the early 1980s

Michael Farrell was an original and uncompromising artist whose work was largely shaped by his own turbulent life and that of the politics around him. A leading artist of the post-War generation, Farrell was feted with exhibitions in London, Paris and New York in the 1960s, where he was introduced to Mark Rothko, Roy Lichtenstein and Larry Rivers. He returned to Ireland at the close of the decade and in 1969, in protest at the deteriorating situation in Northern Ireland, politicized his work by refusing it to be shown in the North.

In 1971, he moved to La Ruche, in the south-western outskirts of Paris and continued to produced politically charged work. Through the 1970s, his personal life deteriorated as his marriage collapsed and he struggled with alcoholism. In 1981 he went to Australia to teach and then returned to France and produced a series of paintings based on semi-fictional encounters with Joyce, Proust, Picasso, Stravinsky and Nijinsky, said to have taken place in Paris in the early 1920s.

Farrell identified closely with Joyce, who we clearly see in the present work (and also lot 41). On numerous occasions he publicly comparing himself to the writer, and they certainly shared personal traits, as his brother David notes in the artist’s biography: ‘both were constantly borrowing money and often broke, and both were less than faithful husbands.’ (David Farrell, Michael Farrell: Life and Work of an Irish Artist, 2006, p.105).