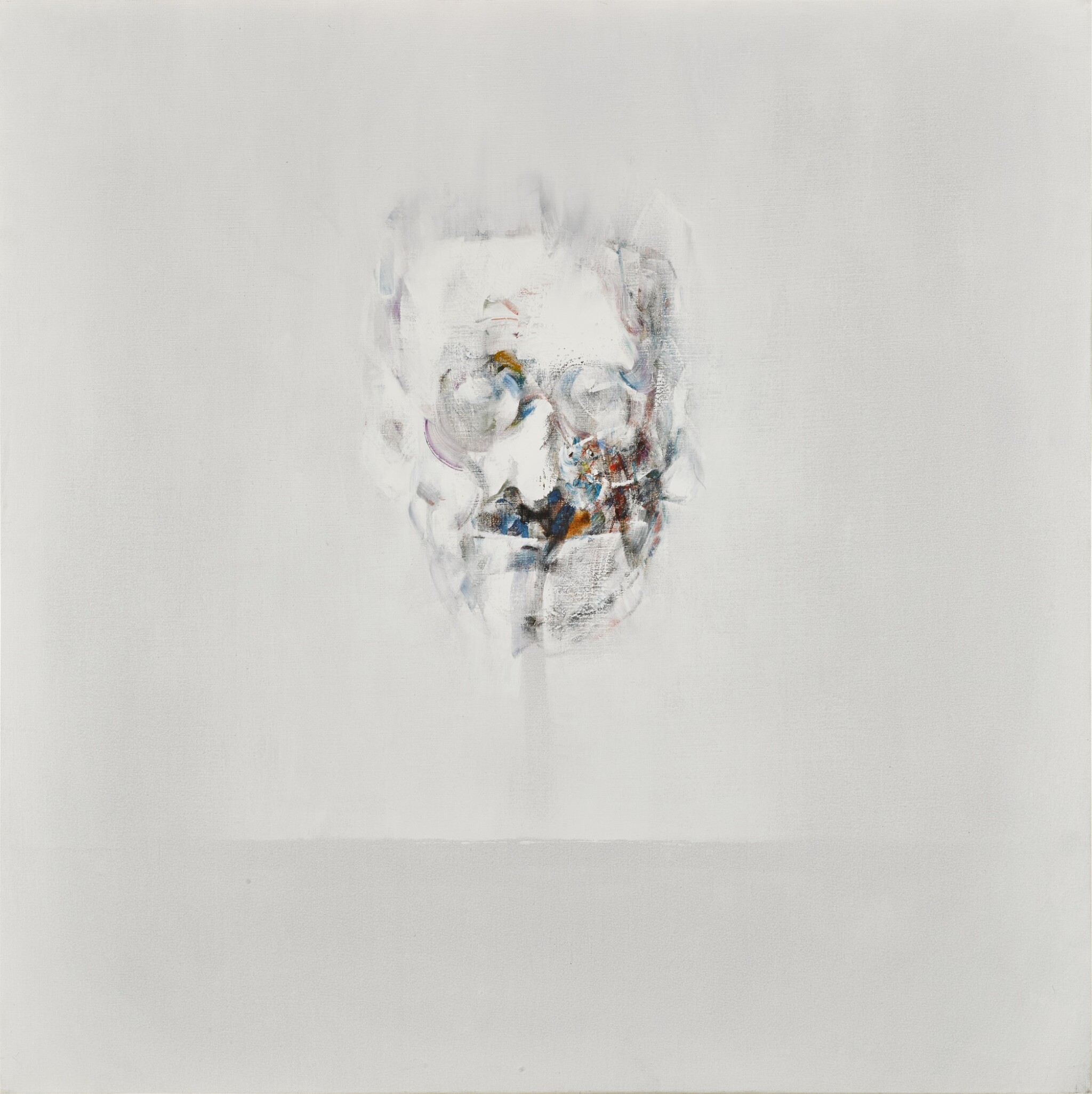 Original canvas. The work appears in excellent overall condition. Minor surface abrasion in lower right corner. There appear to be no signs of retouching under ultraviolet light. Held in a wooden box frame under glass; unexamined out of frame.

Please email Charlie.Minter@sothebys.com if you have further questions about the present work:

One of the most avant-garde and celebrated Irish artists of the 20th century, the present portrait of the acclaimed writer James Joyce belongs to the series of works that Louis le Brocquy made of literary figures and fellow artists for his Portrait Head series, which began in the 1980s. Often selecting subjects for their influential contribution to cultural history, Le Brocquy became renowned for these works which explored deeper into the states of being and the psychologies of these well-known sitters.

Within this series, Le Brocquy was preoccupied with visualising and uncovering the stories behind their success. This series followed Le Brocquy’s earlier ‘ancestral heads’ works, which were non-specific and based on his fascination with the importance of head imagery in earlier Celtic culture throughout the ages. Le Brocquy followed the belief throughout his career that heads had a hugely spiritual aspect, able to help reveal ‘the mysterious state of conscious being’.

Concentrated areas of colour make up some of the features of Joyce’s visage, while the majority is rendered through monochrome details. Joyce’s face is only half-realised, as if he is in the process of emerging or materialising right before the viewer. These details are submerged in a field of white space, which was characteristic of Le Brocquy’s work from this period. This in turn accentuates the isolation and eeriness of this floating ghost-like head. The inclusion of only selected aspects of his sitter’s faces means that Le Brocquy’s portraits often have a poignant, psychological aspect to them, as well as an element of the unknown. In this work, Joyce comes to possess an almost untouchable, ethereal quality which is both fleeting and eternal, vulnerable and pervasive, and with little that is easily determinable by the artist or the viewer.