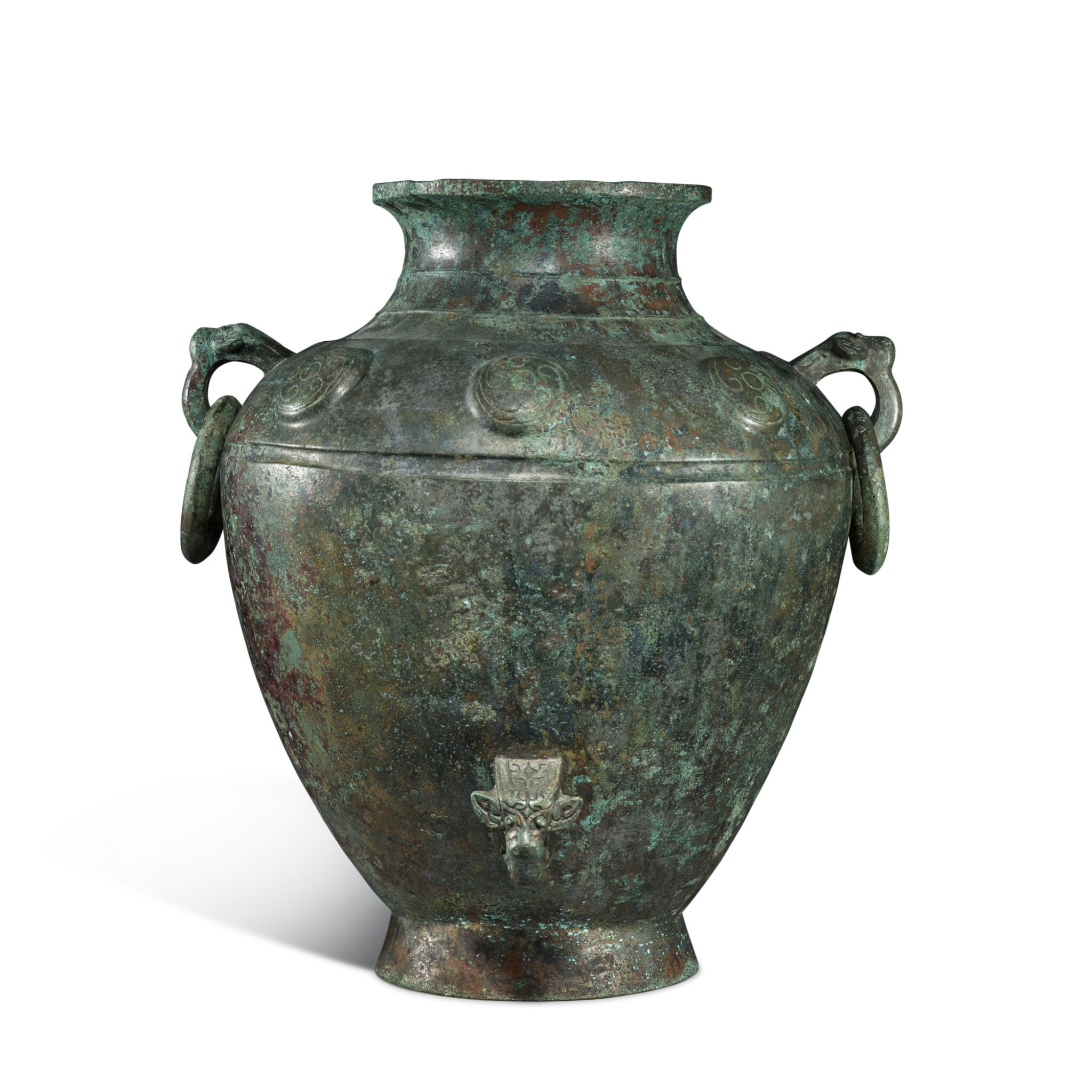 The rim has a short consolidated diagonal crack, measuring approx. 4 cm. Otherwise, the vessel is in general good condition with some expected wear and minor casting imperfections, including a few small patches of thinner bronze to the base. X-Ray images available upon request.

The single pictogram cast beneath the handles has been interpreted as the character rong 戎, which was the name of a clan active during the late Shang to early Western Zhou dynasty. Few extant bronzes from this clan are known, including a pair of bronze gu from the late Shang dynasty, excavated in Cangshan county, Shandong province, in 1963, now preserved in the Linyi Museum, Linyi city, published in Minao Hayashi, Inshu-jidai seidoki-monyo no kenkyu / Studies on Yin and Zhou Bronze Decoration: A Conspectus of Yin and Zhou Bronze Vessels, vol. II, Tokyo, 1984, p. 324, fig. 95; a fang ding in the Jinan Museum, Jinan, illustrated in Liu Yu and Lu Yan, eds., Jinchu Yin Zhou jinwen jilu [Compilation of recently discovered bronze inscriptions], vol. 2, Beijing, 2002, pl. 165; a zun, formerly in the collection of Liu Tizhi (1879-1962) and Yu Shengwu (1896-1984), now in the National Museum of China, Beijing, published in The Institute of Archaeology, Chinese Academy of Social Sciences, ed., Yinzhou jinwen jicheng [Compendium of Yin and Zhou bronze inscriptions], vol. 5, Beijing, 2007, no. 05601; and an early Western Zhou gui from the Idemitsu Museum of Arts, Tokyo, included in Yan Yiping, Jinwen Zongji [Corpus of Bronze Inscriptions], Taipei, 1983, no. 2312.