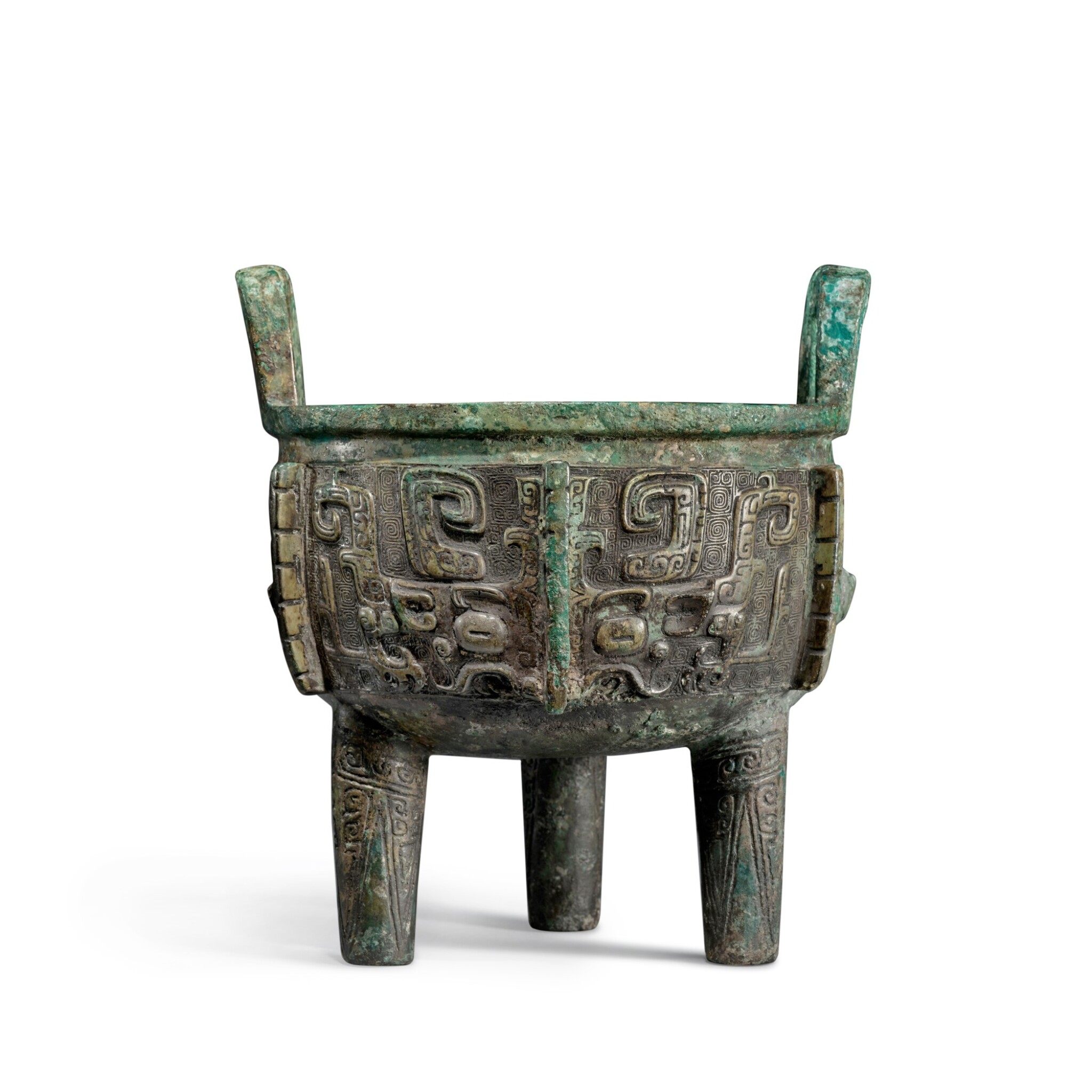 One side of the body and the base with multiple restored breaks. The legs likely reattached. X-Ray images available upon request.

Boldly decorated with a single frieze of large taotie masks, which covers the entire surface of its swelling body, this imposing ding is a classic example of the form and decoration that was popular during the late Shang period (c. 1600-1046 BC). The present bronze is distinctive for the inward orientation of the oversized horns, rising prominently above a ground of incised spirals. See two ding decorated with closely related taotie masks: the taller one with a five-character inscription, preserved in the Palace Museum, Beijing; and the other sold at Christie’s New York, 24th March 2011, lot 1234.

Ding were food containers and cooking utensils used for sacrificial ceremonies. Compare vessels of similar form and design, but cast with the more commonly found design of taotie with horizontally arranged horns, such as one illustrated in Robert W. Bagley, Shang Ritual Bronzes in the Arthur M. Sackler Collections, Washington, D.C., 1987, pl. 87, in which the author mentions a comparable vessel that was unearthed from a Yinxu burial, attributed by the excavators to the last quarter of the Anyang period (c. 1300-1046 BC). Compare also another ding preserved in the Shanghai Museum, Shanghai, illustrated in Ma Chengyuan ed., Zhongguo wenwu jinghua daquan: qingtong juan / The Quintessence of Chinese Cultural Relics: Bronzes, Hong Kong, 1994, p. 8, no. 26.