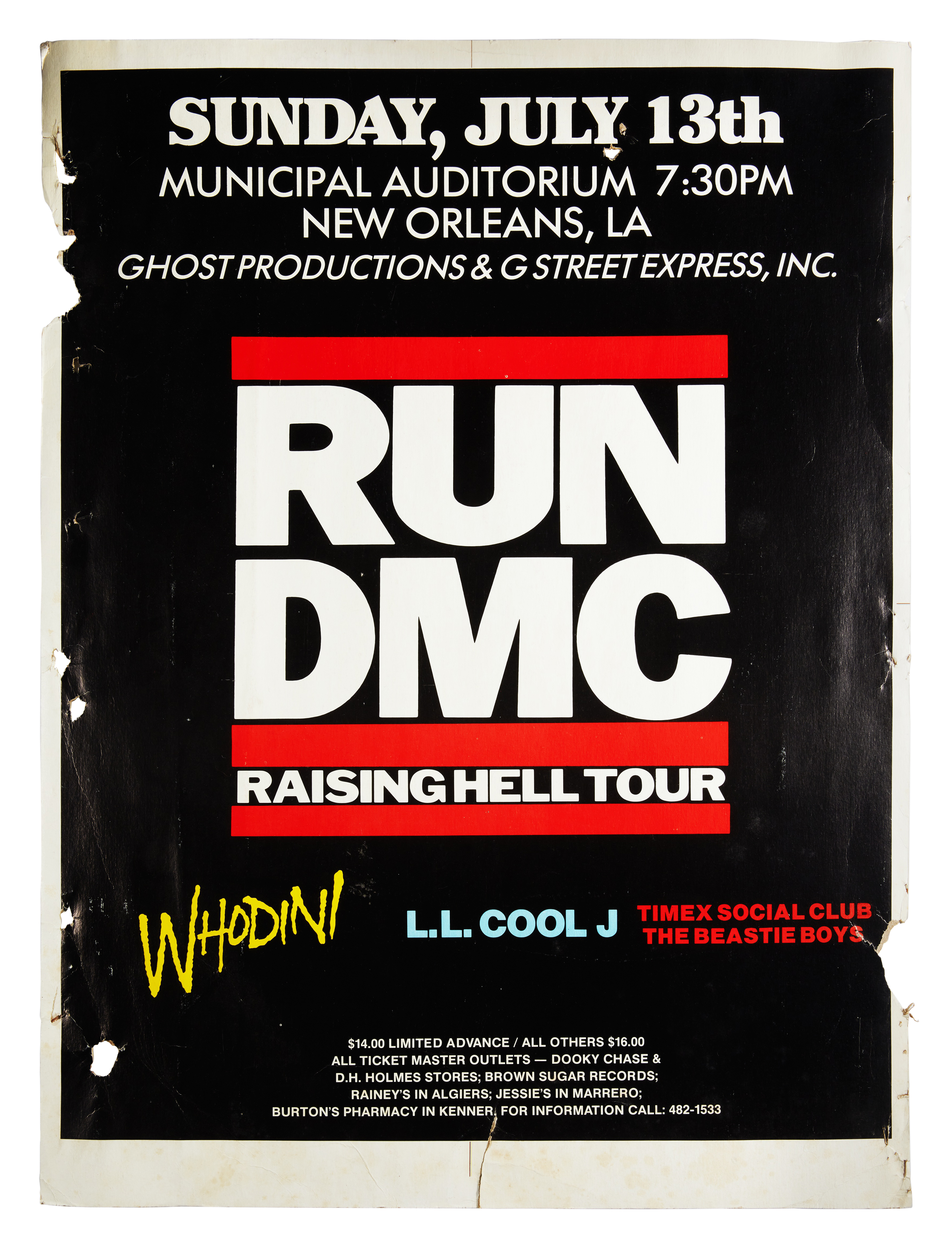 Starting on April 19, 1986, at the Apollo Theater and concluding on Halloween at Madison Square Garden, the 1986 Raising Hell Tour is widely hailed as one of the greatest Hip Hop concert tours of all time.

Named for their new album and headlined by Run-DMC, the tour not only established the group as the era's greatest live Hip Hop act, but helped to propel the Raising Hell album to 3 million copies. Featuring the singles "Walk This Way" and "My Adidas", it was the first rap album to go triple platinum. This—coupled with the popularity of the 45 city tour—would fully cement Hip Hop's cultural takeover.

In addition to solidifying Run-DMC's grip on the culture, the tour helped solidify the career of Whodini (perhaps best known for "Freaks Come Out at Night"). The concerts also played an essential role in propelling the careers of LL Cool J—at the time only 18 years old while rapping "I Can't Live Without My Radio"—and the Beastie Boys, who hadn't even released their first full-length LP, and had never before been mentioned in a full size poster.

The poster offered here—advertising the July 13, 1986, show at the Los Angeles Municipal Auditorium—is a primary document representing a tour and a summer in which Hip Hop firmly announced it was here to stay.