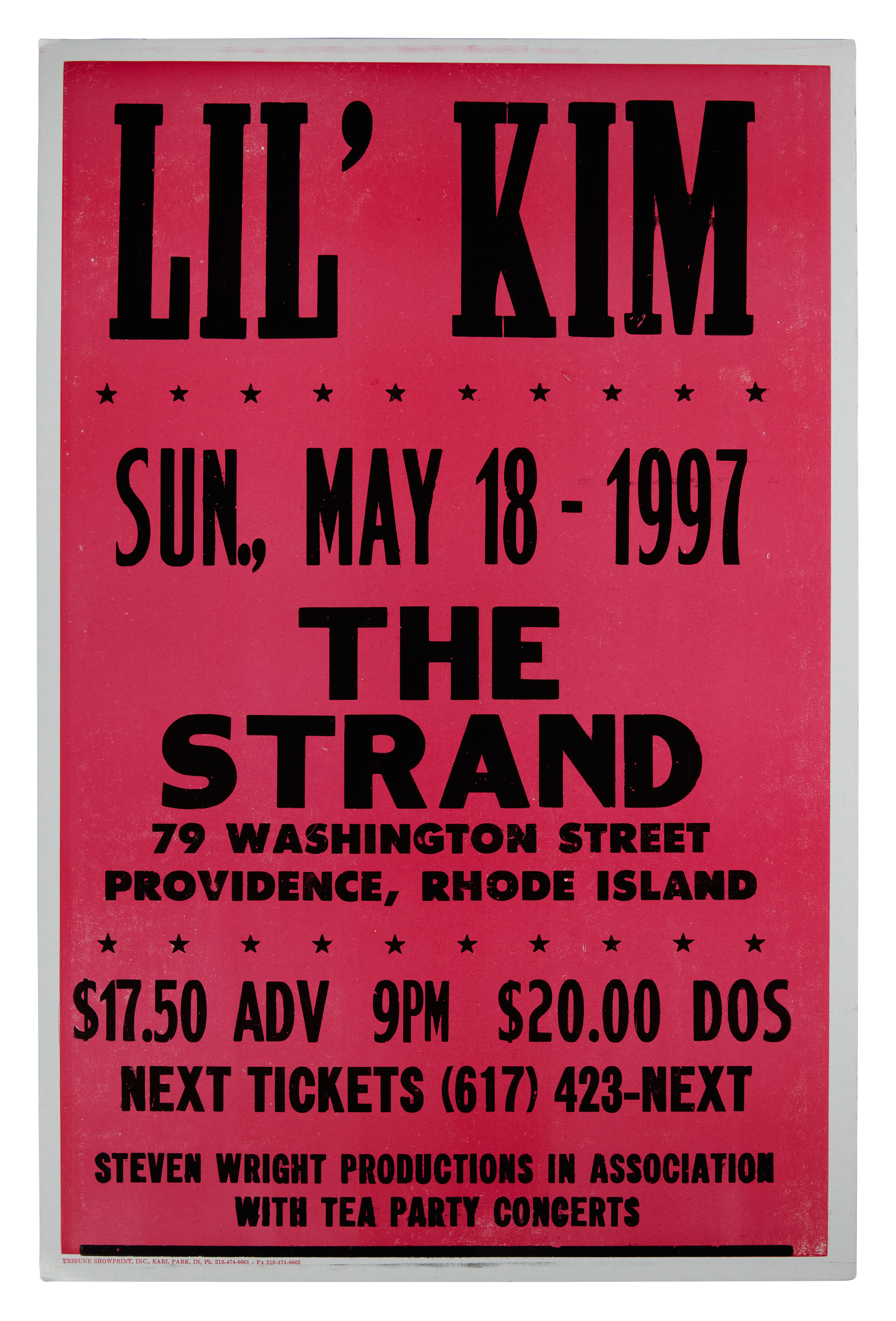 JUNIOR M.A.F.I.A.'S "LIEUTENANT" LIL' KIM BREAKS OUT ON HER OWN

The Brooklyn-born M.C. and protégée of The Notorious B.I.G., Lil' Kim began her explosive career at nineteen years old as part of Biggie's Junior M.A.F.I.A. group. Known for her powerful stylings combined with her feminine edge and petite stature, Kim stood shoulder to shoulder with her male counterparts and earned her nickname "The Lieutenant" bestowed on her by Biggie.

Her debut album as a solo artist, Hard Core, hit the shelves in November of 1996, featuring the single "No Time." The record was certified gold in January of 1997, a few months before the show depicted in the current lot, a deep pink concert poster for Kim's performance at The Strand in Providence, Rhode Island. With Hardcore, which debuted at No. 11 on the Billboard 200 - the highest spot for a female rap album at the time - Kim went platinum in the summer of 1997.

Kim would go on to release four studio albums, collaborate with countless artists, and dutifully earn her title as the "Queen of Rap." A consummate performer and artist who M.C'd with the best, Lil' Kim became one of the greatest, and lived to tell the tale in a male-dominated industry. She continues to inspire with her own distinct style to fans across the globe.