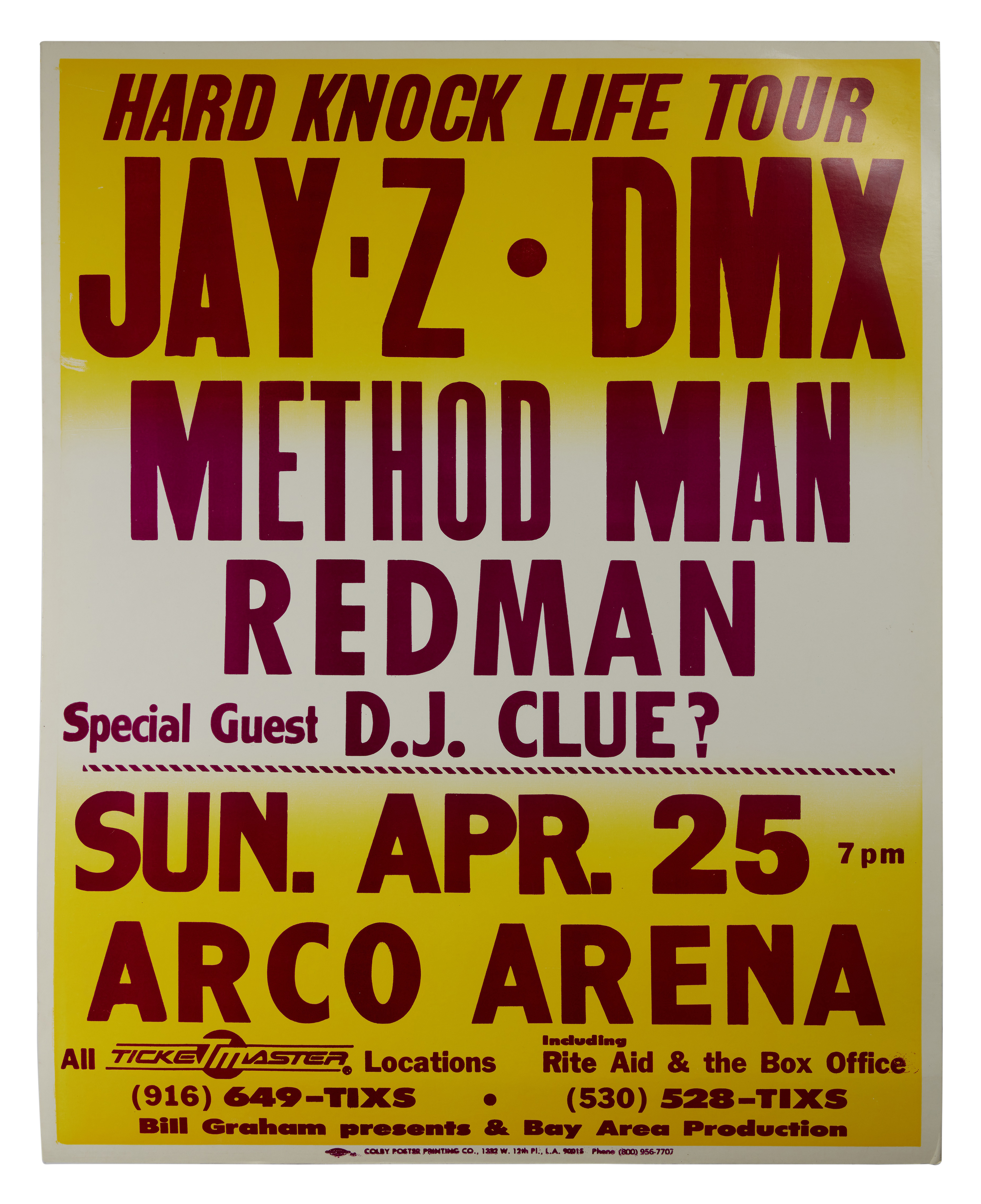 Color poster, 28 by 22 in. (71 x 56 cm.), in white, burgundy, and yellow on thick cardstock, bumped at upper right corner with residual pigment en verso to sheet.

Featuring one of the greatest lineups in Hip Hop history, the 1999 Hard Knock Life Tour traveled to more than forty cities across the United States and grossed a staggering $18 million.

The mega-watt talents of Jay-Z, the late DMX, Method Man, Redman, DJ Clue?, with special guests such as Ja Rule and Memphis Bleek, graced amphitheaters, coliseums, and arenas. Screaming crowds created the benchmark experience by which all other Hip Hop concerts would become judged.

The poster in the current lot advertises the Sunday, April 25th show in Sacramento, California, at the Arco Arena produced by Bill Graham presents (one of the country's oldest and most famous rock concert producers named for late founder Bill Graham) and Bay Area Production. A 2000 documentary titled Backstage, directed by Chris Fiore and produced by Damon Dash, gave viewers an intimate, inside look into the Hard Knock Life Tour and featured a numbered of live performance clips and interviews with the artists.