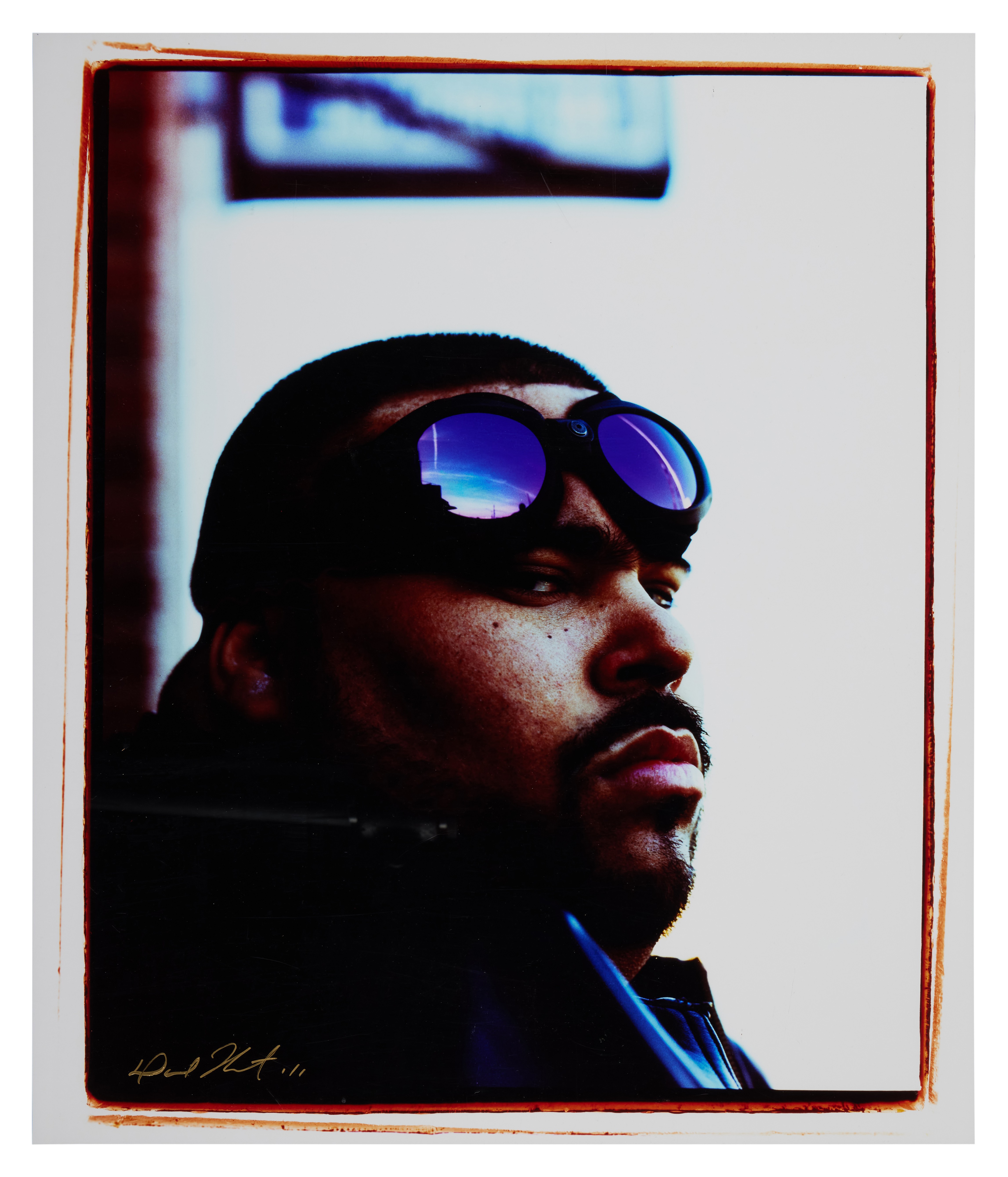 One of an edition of one, signed by Hastings.

THE HEAVYWEIGHT CHAMPION OF MAFIOSO RAP, BIG PUN CAPTURED ON THE COVER OF HIS DEBUT ALBUM CAPITAL PUNISHMENT BY DANNY HASTINGS

With his imposing side-eye glance at the viewer and sunglasses stretched across his forehead like a crown slightly askew, the Puerto Rican rapper, Big Pun, signaled all that was imposing yet singularly styled and sensitive in the world of late 1990s Hip Hop and Rap with his debut album, Capital Punishment. Photographed by Danny Hastings and represented in the current lot, the cover shot shows Big Pun at his most powerful, a generous, creative lyricist and lady killer who would dominate the airwaves. The only album released during the rapper's lifetime, Capital Punishment reached number 5 on the Billboard 200 chart and is also the only solo Latin Hip Hop album to go Platinum.

In April of 2018, Daryl McIntosh wrote a feature over revisiting Capital Punishment for it's 20th anniversary on Albumism, quoted below:

"Pun’s rapid-fire, tongue-twisting delivery weaved together with New York Spanglish, solidified his status amongst the most anticipated emerging emcees in the class of 1998. This promising group of hungry rhymeslayers—which included DMX, Canibus, Nature, and Mos Def among others—presumably compelled Pun to dig deep and develop a versatile approach to his artistry en route to becoming the head of the class within a crowded and highly competitive landscape.

Pun switched speeds from his more rugged raps used for promotion on the New York City mixtape circuit, to a smoothed out, playboy erotica, that worked an O’Jays’ sample of “Darlin’ Darlin’ Baby (Sweet, Tender, Love)” to perfection. Once cleaned up for radio, “I’m Not a Playa” found itself in heavy rotation nationwide, only increasing the widespread anticipation for the release of his first proper album Capital Punishment.

Showing signs that he was headed for a rare but successful transition from respected underground lyricist to major label hitmaker, the positive reception of “I’m Not a Playa” was eclipsed by its remix “Still Not a Playa” which featured R&B sensation Joe. As one of the top club-bangers of that year, “Still Not a Playa” made Pun a household name with the sexy sequel told in the tradition of Too $hort’s “Freaky Tales” released a decade earlier in 1988."