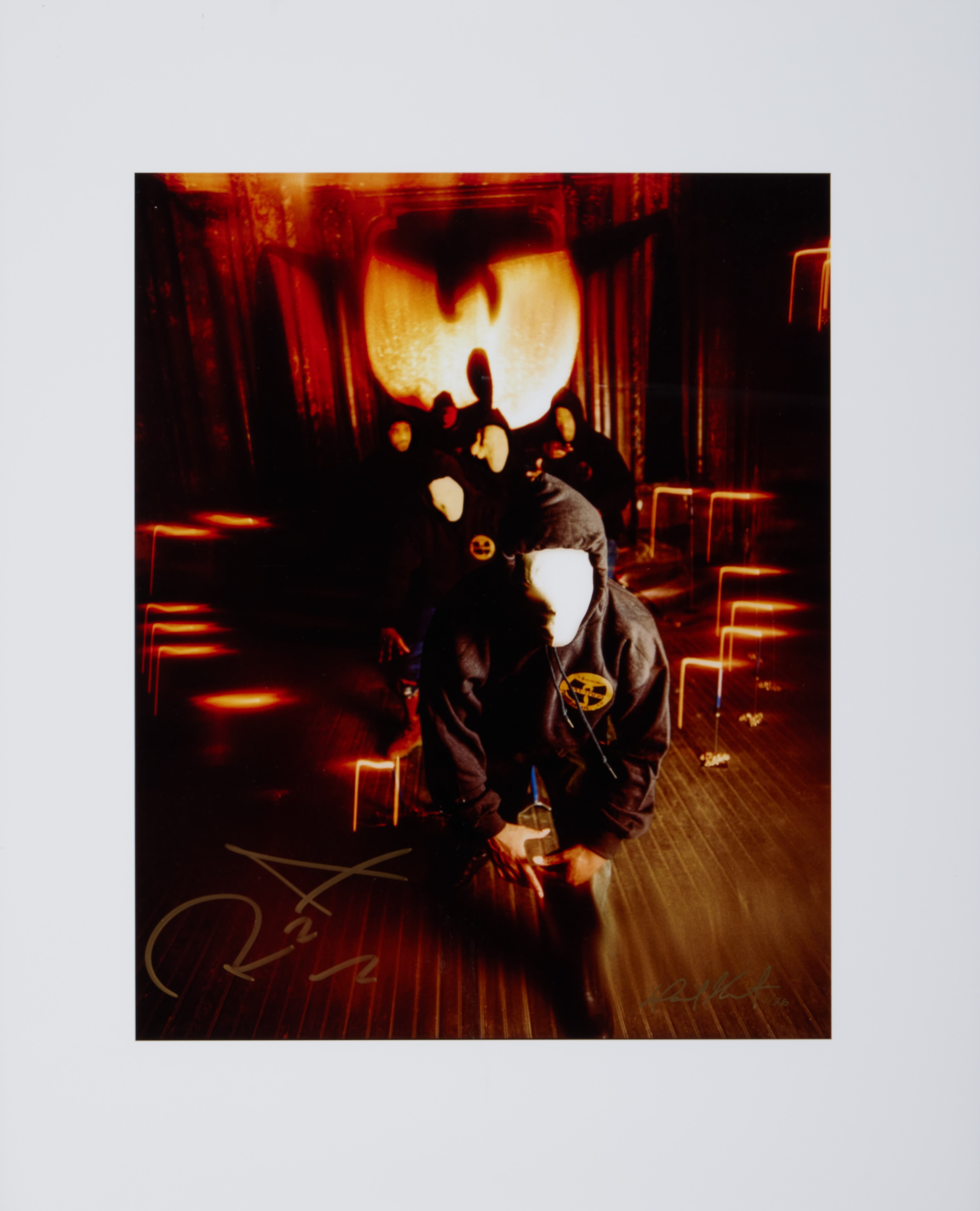 One of an edition of 36 (plus 10 APs), signed by Hastings, and additionally by RZA.

An album that rarely needs an introduction, the Wu-Tang Clan's debut Enter the Wu-Tang (36 Chambers) signaled a tide-turning force in the Hip Hop landscape and became the gold standard for the dominating sound of hardcore rap in the 1990s. Produced by Clan member and de-facto leader RZA, Enter the Wu-Tang, which took its names from the martial arts movies of the 1970s and peaked at number 41 on the Billboard charts, going certified platinum in 1995. It remains one of the most influential Hip Hop albums of all time and has been ranked at number 27 in Rolling Stone magazine's 500 Greatest Albums of All Time in 2020.

The album cover is no less recognizable than the gritty, underground sound it signaled, thanks to the artistry of photographer, Danny Hastings, represented in the current lot signed by RZA himself. In a September 7th, 2017 article for Remezcla, writer Matthew Ismael Ruiz wrote the following:

"The cover of the Wu-Tang Clan’s debut LP Enter the Wu-Tang (36 Chambers) is one of the most recognizable images in hip-hop. For many, it was the first visual introduction to one of the culture’s most influential groups. And it almost didn’t happen.

"Two of them didn’t show up, and The RZA was about to cancel,” says Danny Hastings, the photographer assigned to shoot the cover for the group’s debut studio album. Thinking quickly on his feet, he recalled the first time he’d seen the Clan perform, at a showcase during the 1993 Jack the Rapper conference in Atlanta. Clad in hoodies and masks, they bum-rushed the stage during another group’s set, tossing the MCs and DJ aside as they chanted “Wu-Tang Clan Ain’t Nuthing ta Fuck Wit.” When the music dropped, Hastings says “the place went bananas.” At once slightly terrifying, a little disrespectful, and wholly electrifying, the performance embodied the Clan’s raw grit and lawlessness — the perfect note on which to introduce them to the world, visually.

Once he got the OK from The RZA, the Clan suited up, and in a moment, Hastings captured the unruly band of MCs in their most distilled form: rugged twentysomethings ready to rewrite the rules of the game."

Most recently he directed two music videos for RZA released in 2022. These recent productions come full circle to solidify the longevity of his career in Hip Hop music and the long standing relationship he has cultivated through the years with its pioneers.