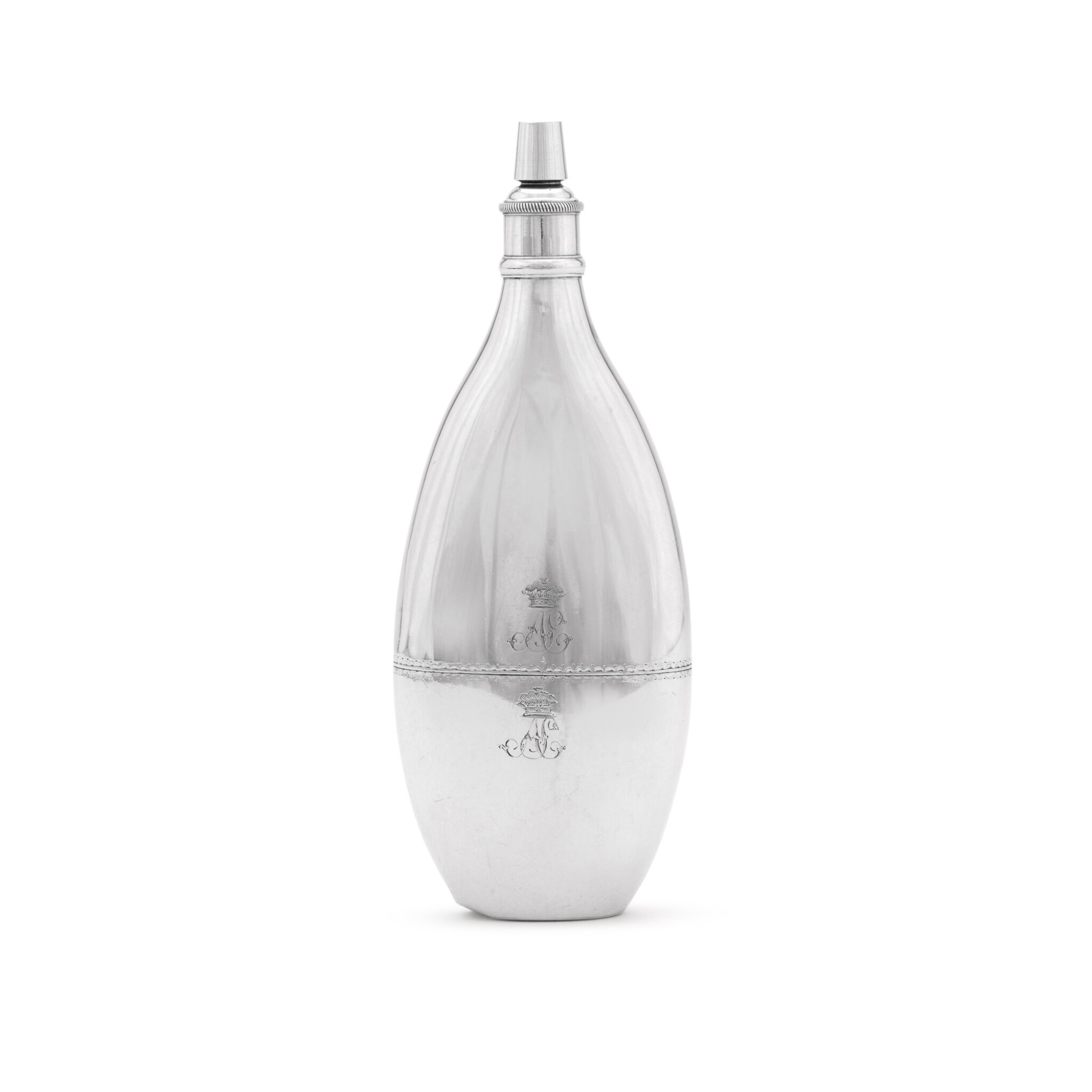 All pieces marked, marks on cup base are slightly worn, a 1cm bruise on the cup base, general light scratching, overall a very nice model in good condition.

Please note that the W symbol has been removed from this lot. This lot will remain in New Bond Street after the sale.

Augusta Sophia Princess of Great Britain and Ireland (1768-1840) was the sixth child and second daughter of George III and Queen Charlotte. She grew up as part of their large family and received an excellent education, but her parents were disinclined to let their daughters marry, then in 1788 her twentieth birthday was overshadowed by the King’s first bout of madness. Attractive, intelligent, and cultivated, for the next 30 years Princess Augusta lived with her mother and sisters, mainly at Windsor – nicknamed “the nunnery,” and from 1810 with the mad King confined on the other side of the castle. Augusta was a general favourite and well-loved elder sister, keeping up a running correspondence with the other members of her wide-scattered family and immersing herself in music, literature, and botany. In later times she had a lover, General Sir Brent Spencer, though she always remained unmarried.

On Queen Charlotte’s death in 1818, Princess Augusta inherited the Queen’s residence of Frogmore House. Most of the Queen’s possessions were sold at auction and her daughters split the proceeds, but Augusta retained £6897 worth of items – over twice as much as any of her sisters - presumably to furnish Frogmore. As the items were being divided, the Princess wrote to Lady Harcourt in February, 1819, “I have made up my service of plate” (cited by Flora Fraser in Princess: The Six Daughters of George III, p. 316). After the death of George III she lived most of her time at Frogmore, enhancing its gardens. On Princess Augusta’s death in 1840 Prince Leopold, who had married her niece Princess Charlotte, wrote of her as “certainly the best of the whole family” (ibid., p. 379). Her brother Prince Ernest Augustus, now King of Hanover, wrote the Princess’ executors saying he was “disposed to purchase the whole of the Jewels and Plate rather than that any part thereof should pass out of the Family” (cited George III and Queen Charlotte: Patronage, Collecting and Court Taste, p. 387). In April 1841, the King was sent several boxes of the Princess’ plate.

A fideicommissum is a bequest whereby the recipient would in turn be expected to bequeath that same bequest to another person at a later stage. It was Ernest Augustus' intention that all silver in his fideicommissum would be passed down in a direct line of succession for 'Erhaltung des Glanzes Unserer Krone' (Maintaining the shine of our Crown). The silver in question (not only his own but also pieces belonging to his sister Auguste Sophia (1768-1840) and of his wife Friederica (1778-1841) was engraved 'EAFs' in 1855.