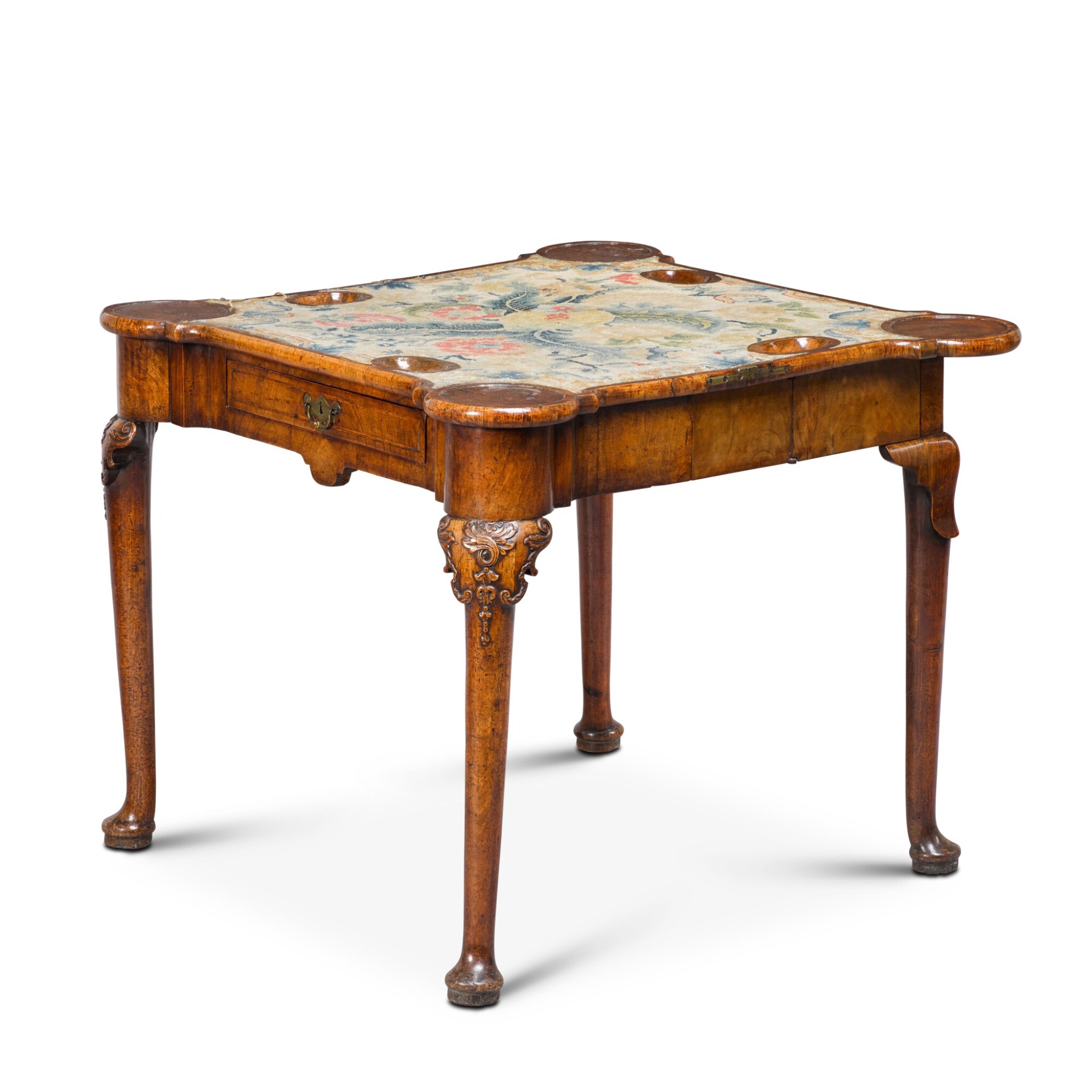 Of superior quality, with good colour and patina and in overall good conserved condition. The top and base with typical old marks scuffs and scratches as visible in the catalogue images. Top 88.5cm x 88.5cm when open. The colours of the period needlework – which is apparently original – have faded although it is generally well preserved. Lifting to small areas of thread border and generally typical minor old stains, lifting/losses to needlework which are entirely consistent with age and use. Discoloration and losses to polished surface of candle stands. Minor splits and old worm damage to walnut veneers – notably to frieze and returns - as to be expected. Front legs with beautifully caved detail. Handle to drawer probably replaced. Rear rail possibly replaced. Two ears to rear legs possibly replaced. Pad feet with some consolidation and restoration. A wonderful piece of Georgian walnut furniture.

This table is an extremely sophisticated example of its type and represents the apogee of card table design in the early Georgian era. From circa 1700 onwards, purpose-built card tables became increasingly common as the craze for games swept across Europe (A. Bowett, op. cit., pp. 260-265). Early examples were typically of demi-lune form and suited to the playing of the three-hand game Ombre. By 1720, the French four-hand game of Quadrille was de rigueur and perhaps coincided with the rise in popularity of four-sided square tables. The present table exudes quality, displaying carefully chosen book-matched walnut veneers to the hinged top which is supported by a ‘concertina’ action base. Retaining its original needlework, the acanthus motifs to each corner echo the carved details to the front legs while the serpentine frieze follows the outline of the top which is fitted with counter wells and candle dishes to the corners.