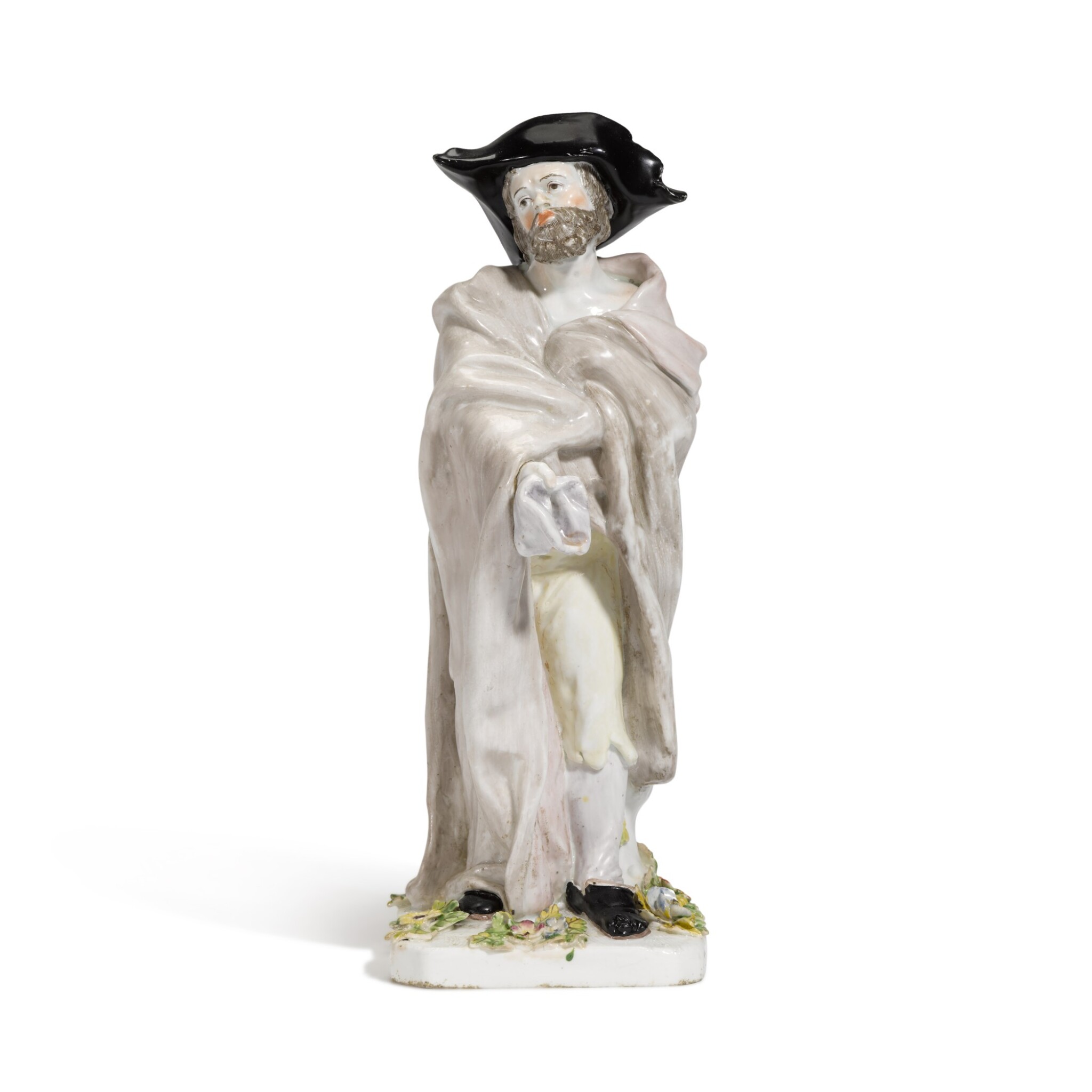 modelled by Joseph Willems, standing in black hat and grey cape, on a square mound base applied with leaves and flowers, red anchor mark to reverse

Chipping to flowers and leaves on base otherwise in good order.

The subject of this porcelain model is commonly referred to as an Italian Beggar due to an entry in the 1756 catalogue of the Chelsea factory which lists "Two fine figures of Italian Beggars" and is one of four figures of beggars attributed to Joseph Willems. The model is discussed by J.V.G. Mallet in his article "Some Baroque sources of English ornamental porcelain" published in Fire and Form The Baroque and its Influence on English Ceramics c1660-c1760, English Ceramic Circle, London, 2013, pp. 123-146 in the context of seven terracotta figures of saints, three of which are signed and dated J Willems 1737.

Joseph Willems (1716-1766) arrived in London from Tournai by 1748; his influence in England during the first decade following the introduction of full-scale porcelain production in Britain is important both artistically and to scholars as he is one of the few identifiable modellers working in England in the middle of the 18th century. Many of the local artists and craftsmen in the fledgling English porcelain industry paled next to artists from Europe who came to London either out of choice or necessity. This influx of talent, particularly from the Low Countries, brought an originality to porcelain factories looking to differentiate themselves from competitors on the Continent. Willems influences appear to be to sculptural and graphic, works by Coustou as well as engravings after Boucher, Rubens and Van Dyck have all been linked to his porcelain sculptures. His subject matter often looked at everyday life with representations of street vendors, beggars and musicians. This is in common with contemporaries at Meissen such as J.J. Kaendler and Reinicke but there are also parallels with Northern European wood and ivory carvers as well as the engravings of Jacques Callot and his school.