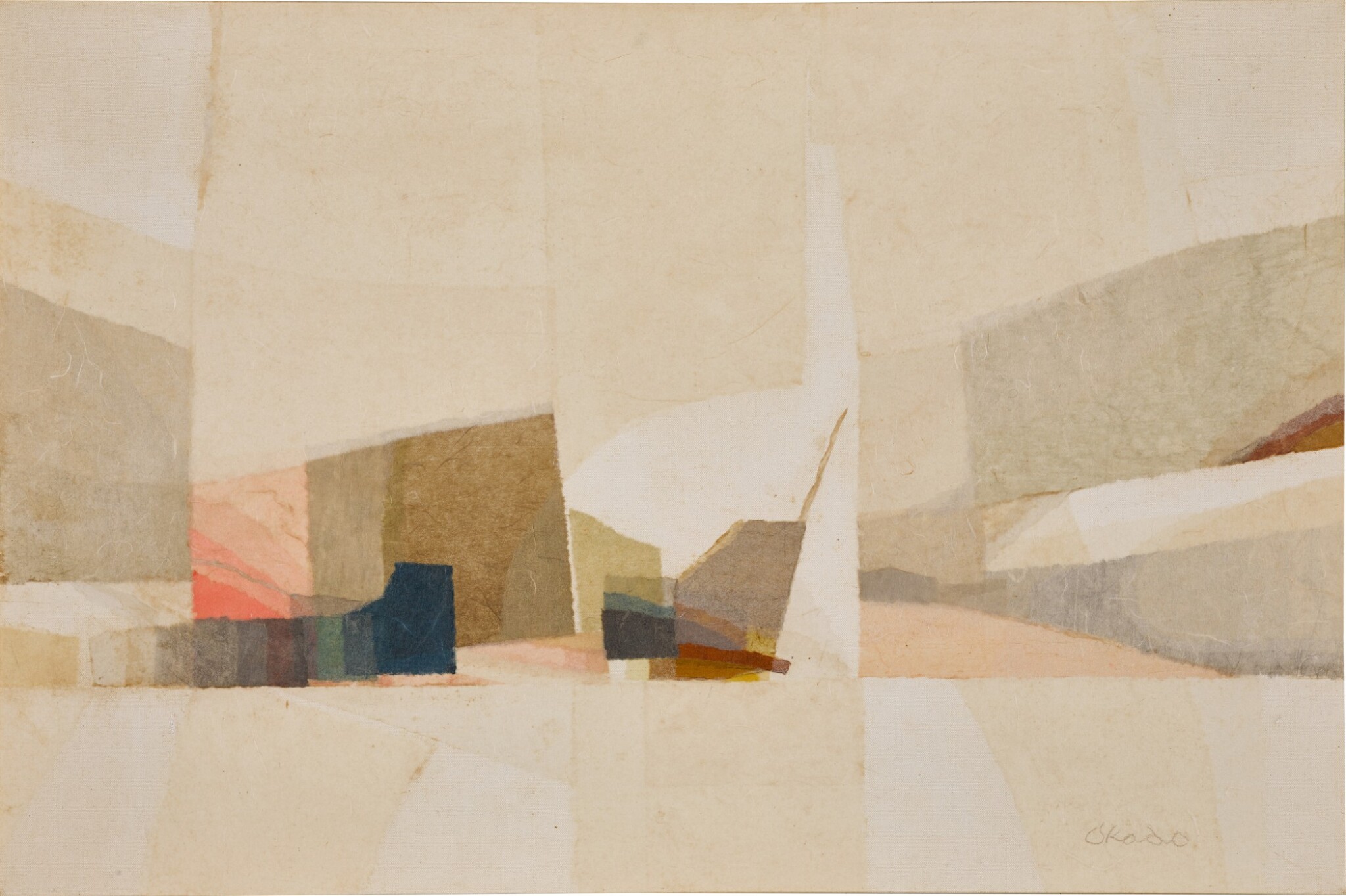 mixed media on canvas, signed in Roman letters to the lower right Okada, executed circa 1970, framed

Okada Kenzo (1902-1982) was one of the most prominent Japanese artists who relocated to New York during the 1950s-1960s. After Kenzo Okada relocated from Tokyo to New York in 1950, his work came to represent a melding of Japanese traditions and American abstract trends. Rather than striving for pure abstraction, his work from the 1950s could be regarded as “semi-abstract,” evoking the natural world through carefully composed form and a decidedly muted palette.

Okada’s works have been exhibited worldwide in major exhibitions, such as the Betty Parsons Gallery, the 1955 Sao Paulo Biennial, the 1958 Venice Biennale, and are part of numerous museum collections including the Guggenheim collection in New York and Venice as well as the Museum of Modern Art in New York.

For another example of the artist’s work in the collection of the Solomon Guggenheim Museum, New York, accession number 81.2791, go to:

For a further example in the Peggy Guggenheim Collection, Venice, accession number 76.2553 PG 184, go to: