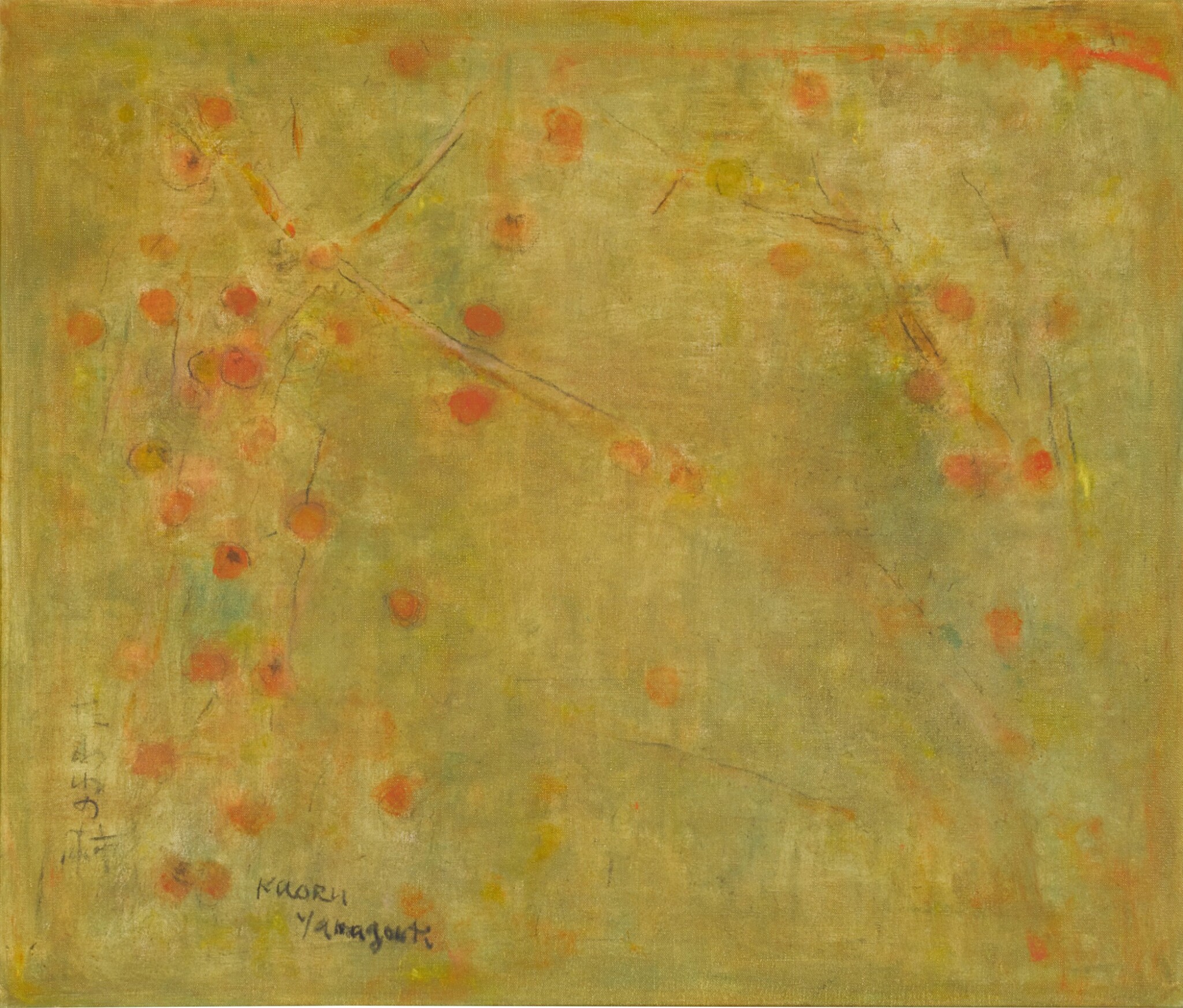 Full of Persimmons (Tawawa no kaki)

oil on canvas, signed in Roman letters Kaoru Yamagouti, titled as a above, the reverse titled in Japanese script, dated 1964 and signed Yamaguchi Kaoru

Yamguchi Kaoru was born in Gunma Prefecture, Japan in 1907. His work was selected and exhibited at the Imperial Fine Arts Academy exhibition (Teiten) during his study of Western painting at the Tokyo School of Fine Arts. After graduating in 1930, he moved to France for three years returning to Japan in 1933. Several years later he founded the Free Artists Association (Jiyu bijutsuka kyokai) along with fellow artists Hasegawa Saburo (1906-1957) and Hamaguchi Yozo (1909-2000).

Works by Yamaguchi have been exhibited internationally, including the São Paolo International Biennale (1953) and Venice Biennale (1960). In 1958, he won the Guggenheim National Award for the Nation (Japan) and his painting Hayashi to dobutsu was exhibited at the Guggenheim International Prize Winners Show alongside works by Joan Miro (1893-1983), Mark Rothko (1903-1970) and Alberto Burri (1915-1995). Yamaguchi was awarded the Ministry of Education’s Award for the Arts (Geijutsu sensho monbu daijin-sho). He taught at the Tokyo University of the Arts until his death in 1953. The university staged a retrospective exhibition of his work the same year.

Yamaguchi Kaoru’s work incorporates both abstraction and representation. The whimsical and oftentimes dreamlike quality of his landscapes are often imbued with a poetic sensitivity. Here, the bowing branch of persimmons in fruit appear almost imperceptible against the wash of verdant foliage of the green ground.