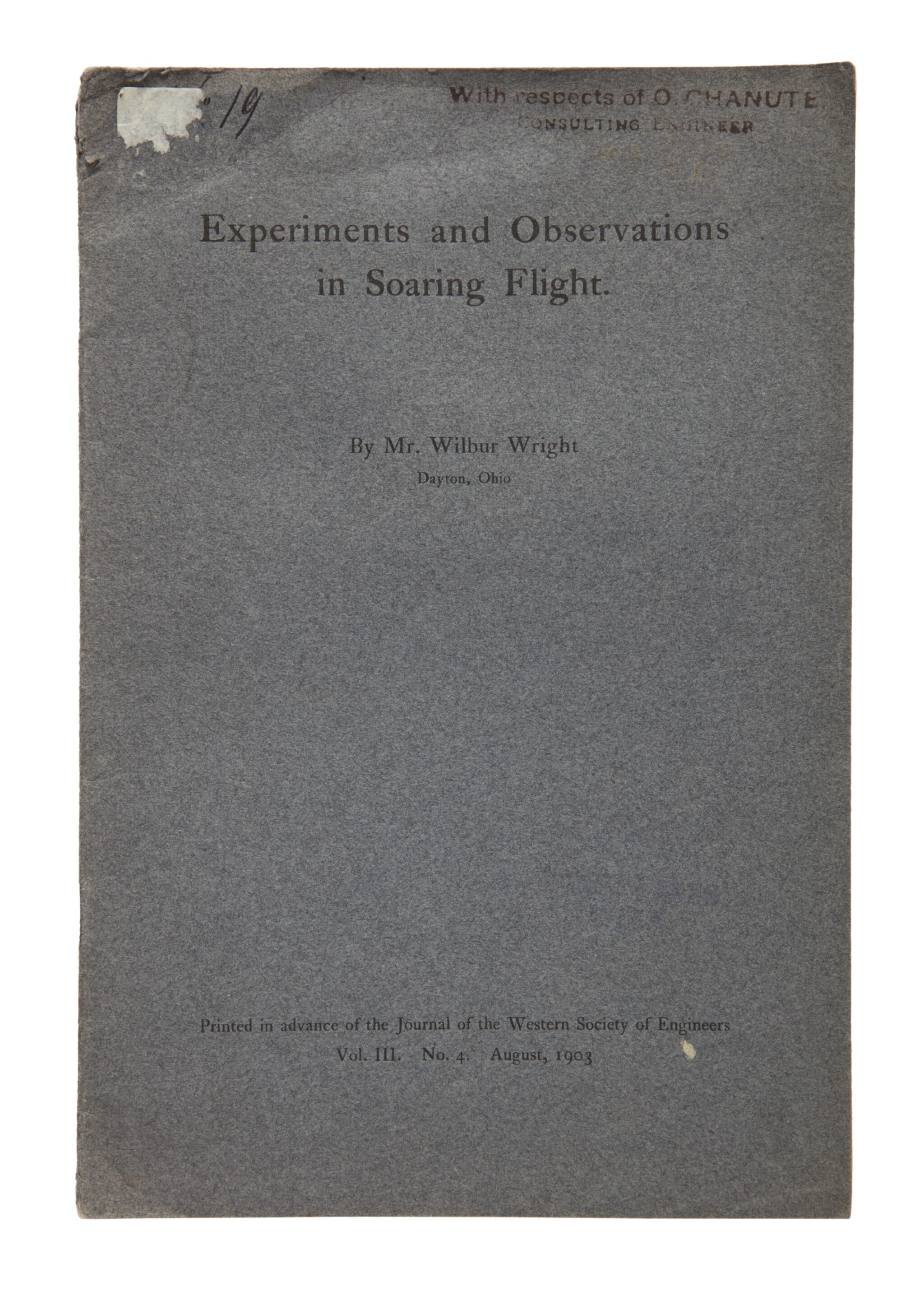 Experiments and Observations in Soaring Flight. Offprint from: Journal of the Western Society of Engineers [8], no. 4 [August, 1903]

The Norman copy — first edition, offprint issue, of the Wrights' most important publication

After the glider trials of early 1901, the Wrights constructed a six-foot wind tunnel in their shop in Dayton, with which they tested over 200 wing and bi-plane combinations. From these experiments, the Wrights were able to deduce the errors in their earlier calculations. And in 1902 they created a modified glider equipped with a moving vertical rear rudder, which counteracted the wing-warping they encountered in earlier tests.

The Wrights accomplished over one thousand flights with this new machine, and the present report, which was read to the Western Society of Engineers on 24 June 1903, describes them in detail. Beyond merely learning how to control the new design, the 1902 tests sought "to obtain data for the study of scientific problems involved in flight" (p. 10). Six months after delivering this report, on 17 December 1903, the Wrights accomplished the world's first motorized flight at the Kill Devil Hills.

The present copy belonged to Octave Chanute, an important civil and aeronautical engineer, for whom the Chanute-Herring biplane hang glider was named after. An advisor to the Wright brothers, he invited Wilbur to deliver his first lecture to the Western Society of Engineers on 18 September 1901. Chanute visited them in their camp each season from 1901 to 1903 and witnessed their gliding experiments, though he was not present for the motorized flights.