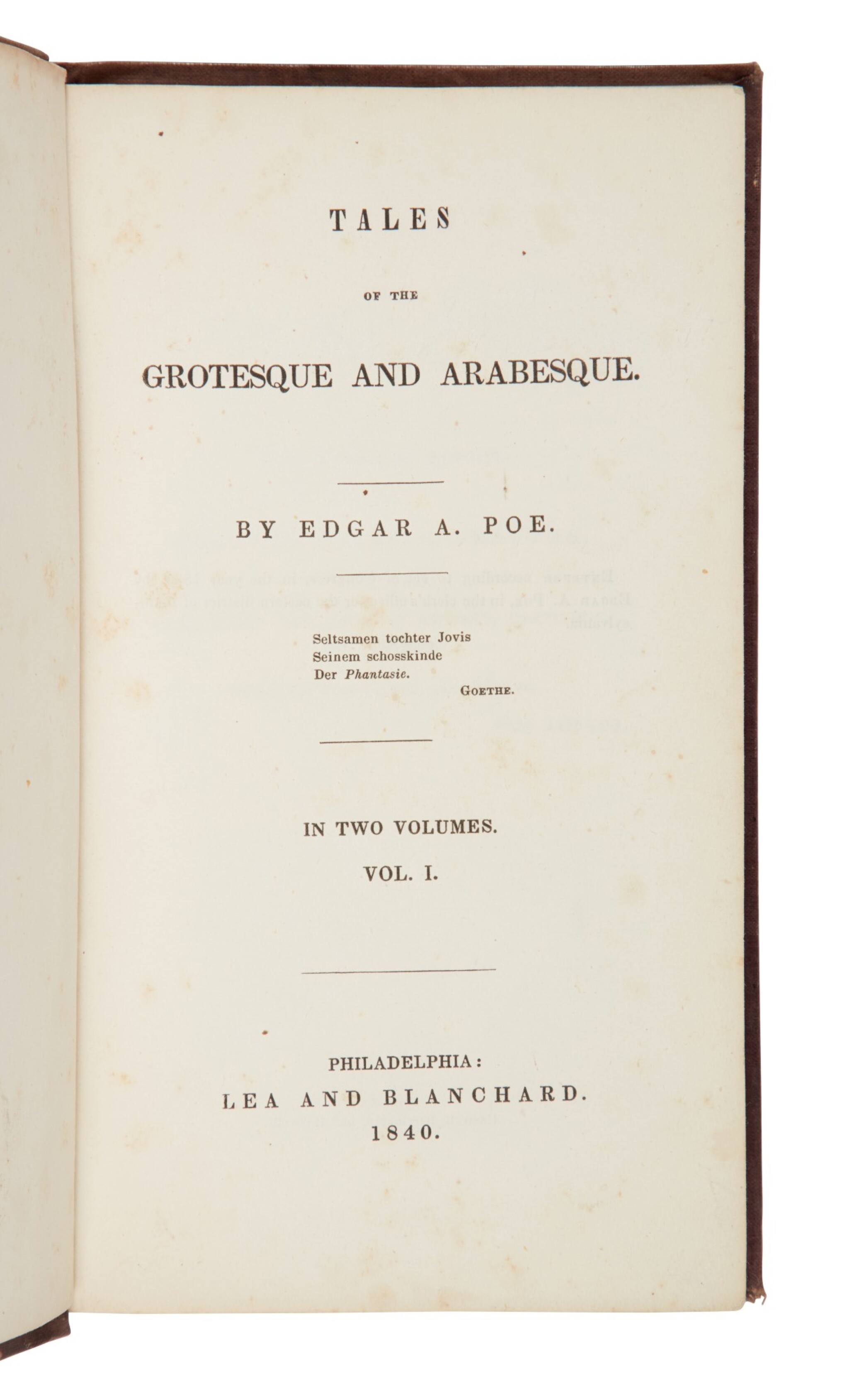 Tales of the Grotesque and Arabesque. Philadelphia: Lea and Blanchard 1840

2 volumes, 12mo (194 x 106 mm). 4pp. of publisher's notices to front of Vol. II, which has page 213 correctly numbered; light foxing, early ownership signature to title of Vol. II. Publisher's purple muslin cloth, printed ruled paper labels on spines; sides less faded than usual and with much of the original color retained, spines faded but with labels virtually intact and, unlike so many other examples, fully legible, upper joint of Vol. II just starting with some relatively minor hear to head of spine. Half-morocco slipcase and chemises.

First edition, from a printing of perhaps only 750 copies and containing two of Poe's most enduring stories: "Ms. Found in a Bottle" and "The Fall of the House of Usher."

"These volumes mark the culmination of Poe's effort, beginning as early as 1834 to get his prose tales into volume form. It is a milestone in his career as a prose writer, but was a failure commercially" (Heartman & Canny). Indeed, it seems that in the end Poe's only payment for the present work was a few gratis copies from the publisher to distribute among friends.