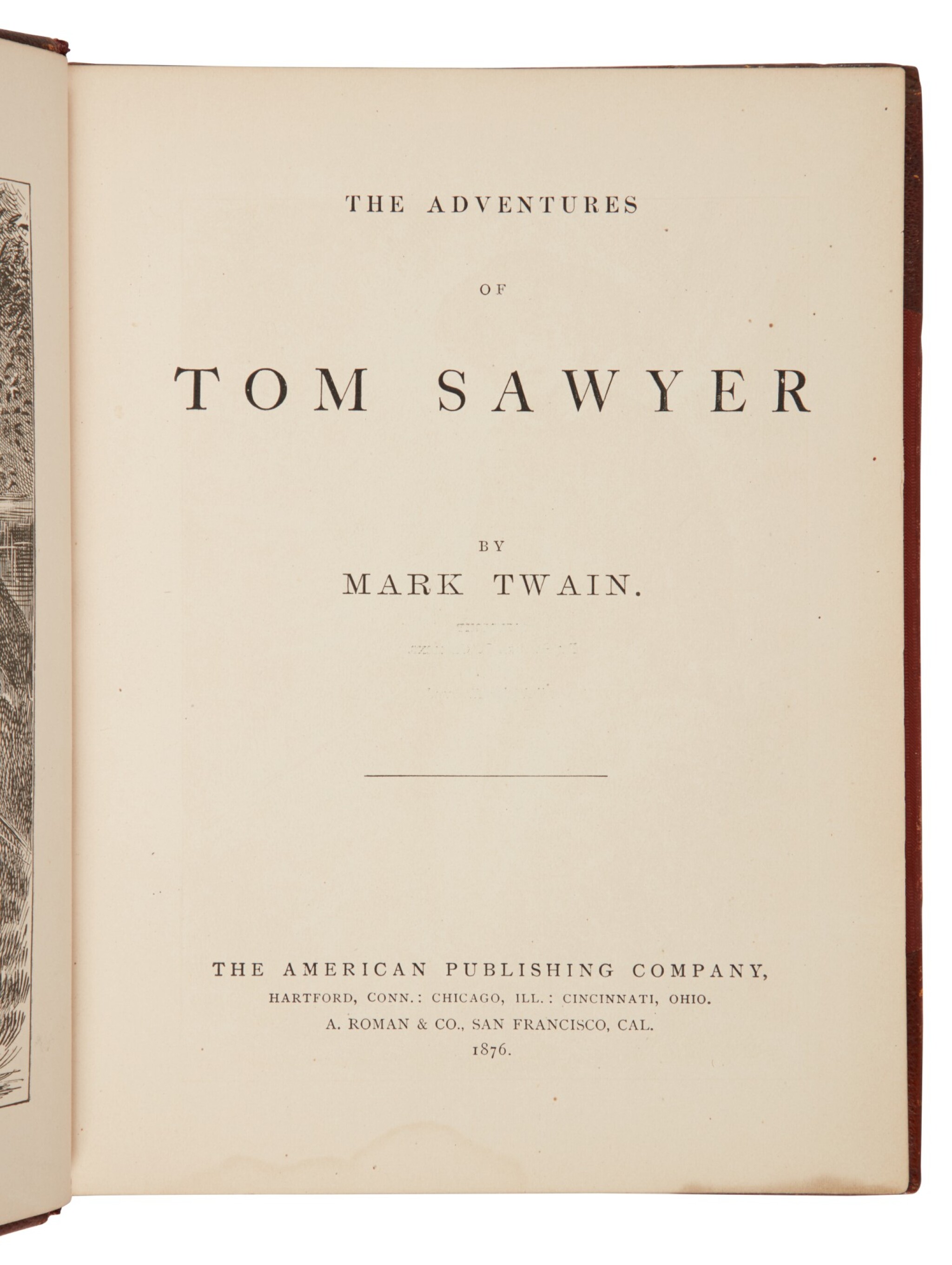 4to (213 x 165 mm). Half-title, frontispiece and 159 wood-engraved text illustrations by True Williams and others, 4 pages of publisher's advertisements at end; marginal dampstaining to first few leaves, some toning, stray spots, one or two leaves creased at upper corners. Original half brown morocco over maroon boards, spine with raised bands in 6 compartments, 2nd and 4th lettered in gilt, others with repeat blindstamped motif, boards ruled blind, marbled endpapers, all edges gilt; hinges cracked but holding, rubbing to joints and spine, affecting the author's name in gilt. In a morocco slipcase with folding chemise.

First American edition, first printing of the text with points, in the scarce original half brown morocco binding. According to the publisher's stock book only 200 copies were bound in half morocco, and were printed concurrently with the cloth- and sheep-bound copies of the first edition.

"The irresponsibility, the love of odd adventure, and the sense of natural justice as opposed to the village code, which characterize the heroes of this book and its sequel Huckleberry Finn, presented a sharp contrast to the Sunday School or rags-to-riches literature which was then the common fare doled out to children... these books let fresh air into the minds of parents who had shut the door on their own childhood, and they will be classics the world over as long as there are boys" (Grolier American 79).