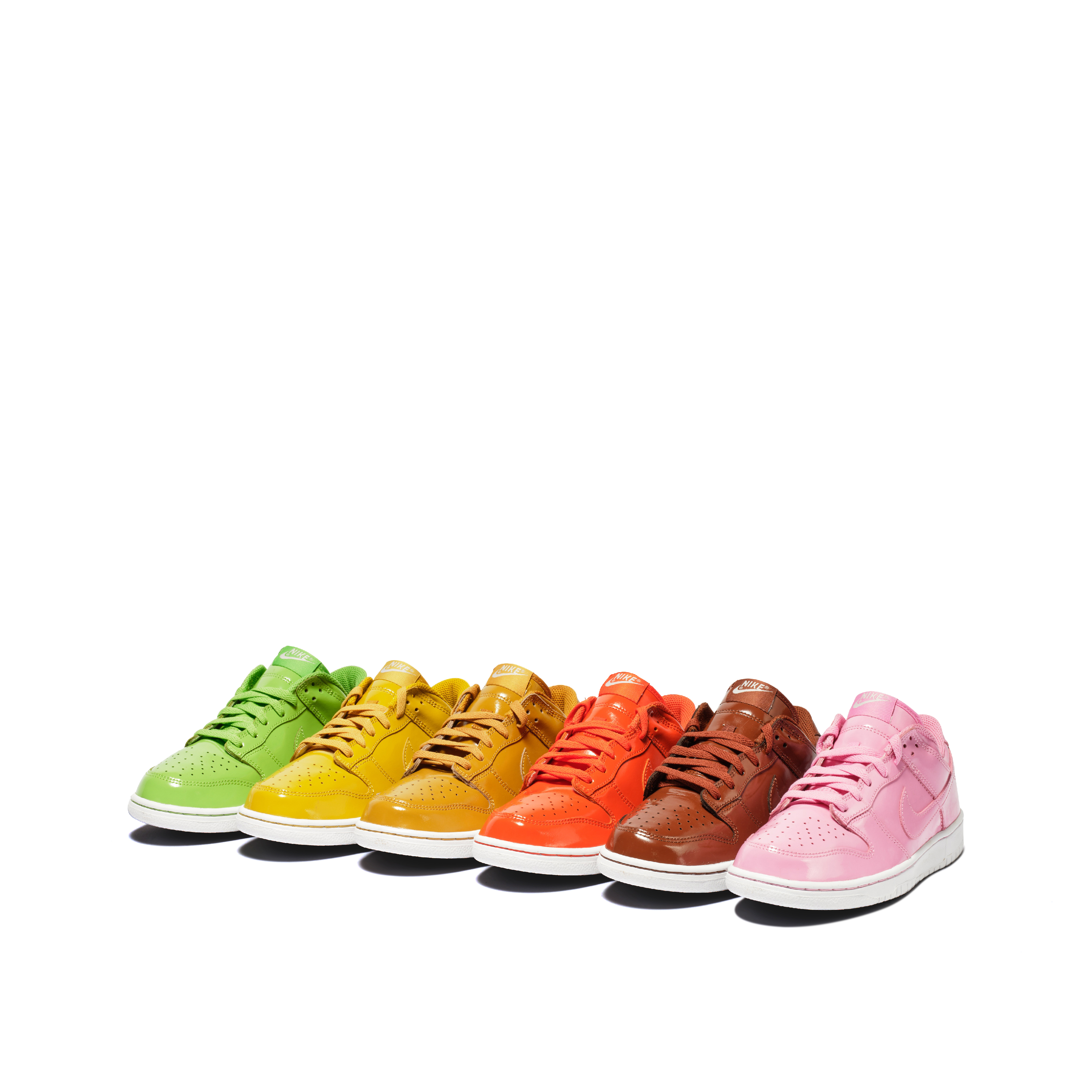 The sneakers are in deadstock condition with their original boxes and dustbags. Six pairs are included in the lot.

Named one of the best 50 dunks of all time by Complex, and made in limited production runs, under the Nike iD umbrella, only one set of seven pairs was made available to the public via a 2006 charity benefit auction for FreeArtsNYC.

Sotheby’s received the following description of provenance from Allen Benedikt, founder of Also Known As (AKA) and 12ozProphet.

There are four sets in existence, including this partial set. The first set was auctioned off to benefit FreeArts NYC. The second set was worn by me and remains in my possession. The third set was given to Mark Parker (CEO, Nike Inc) and I believe later put into the Nike Archive. This is the fourth set and only one released for private sale outside the original auction. Additionally, there are a handful of individual samples, as well as mixed color-blocked individual pairs that are inspired by the Wetlook Dunk set, but gifted to select recipients at the 12ozProphet x Nike private party to celebrate the book launch.

Comprised of an entirely patent leather upper, and white rubber mid and outsoles, this set of 6 comes in a variety of colors, including Turned on Yellow, Groovy Green, Hash Brown, Hot-Dog Mustard, Out of Site Orange, and Wild Pink. “AKA” can be found stitched onto the heel tab of each pair.

Since then, Nike Dunks have become one of the most iconic sneaker styles of all time and a blank canvas for design inspiration. Most notably, the style was adopted by the skateboarding community, which has led to some of the most coveted Nikes of all including the Nike Dunk High SB ‘FLOM’, the Nike Dunk Low SB ‘Paris’ and more.

The lot is accompanied by a letter of authenticity from founder of Also Known As (AKA) and 12ozProphet, Allen Benedikt.