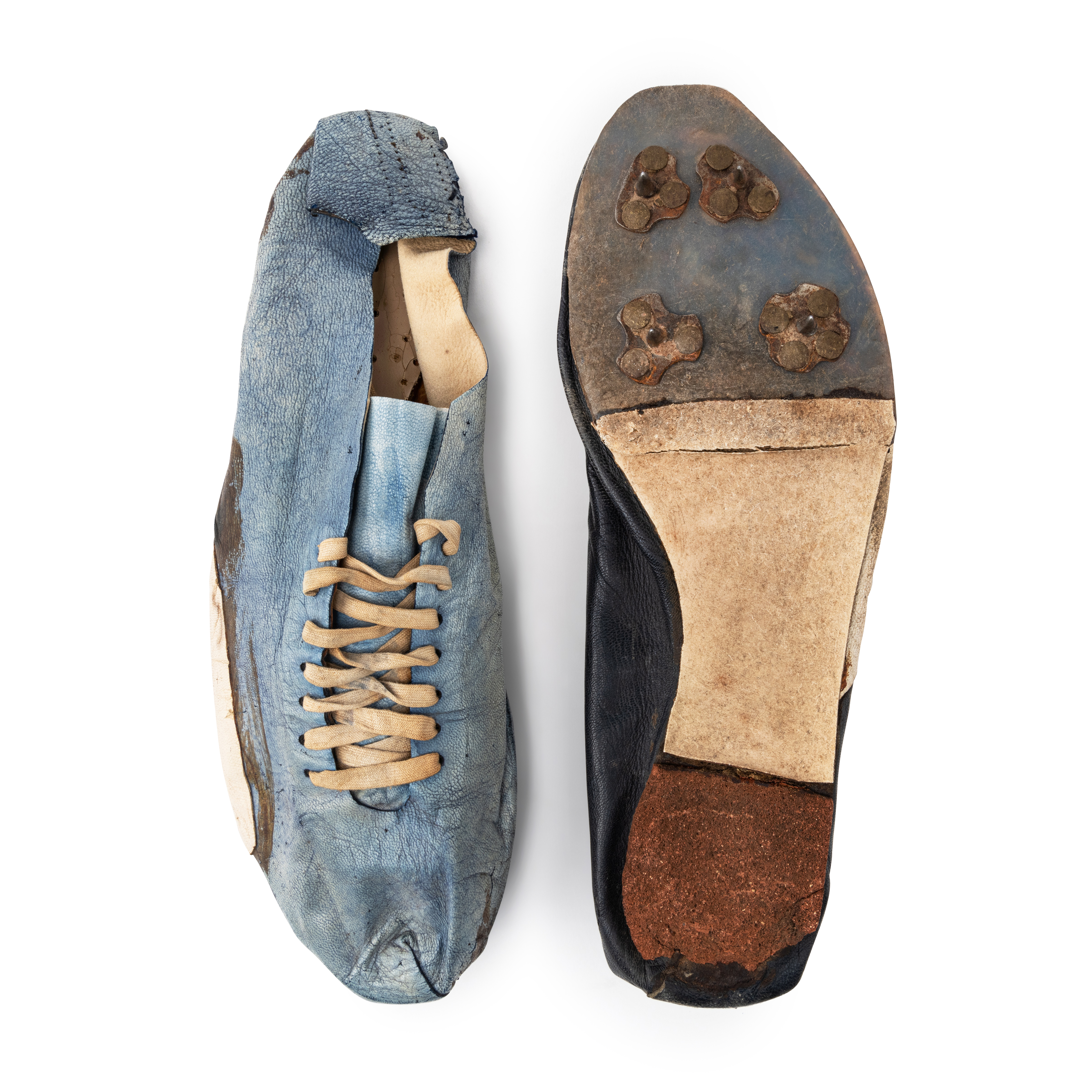 The track spikes are in fair condition, consistent with use and signs of aging. For a more detailed condition report, please email Brahm.Wachter@sothebys.com.

Bill Bowerman represents the heart of Nike. One of Nike’s founders, Bowerman was one of the greatest innovators of his generation in regards to shoe ingenuity and design. Obsessed with weight and performance, Bowerman would build shoes for his University of Oregon runners from scratch, often using an assemblage of raw materials. This pair represents an important chapter in the origin of one of America’s greatest companies, Nike.

Handmade by Bowerman in the early 1960s, this black and blue mismatched pair features the original white laces along with four long metal spikes on each sole as they were designed for use on a cinder track.

This particular pair was produced by Bowerman specifically for Clayton Steinke, who ran cross-country and track for the Oregon Ducks from 1960-64. Bowerman gave these spikes to Steinke in October 1960 during his freshman year at Oregon. At that time, Bowerman preferred to test his experimental handmade spikes on underclassmen.

In track, Steinke competed in mid-distance and steeplechase. In 1962, Steinke and the Oregon track team won the school’s first NCAA Track and Field Championship. Steinke garnered All-American honors in steeplechase. Later that year, Steinke traveled as an alternate for Oregon’s famed 4 x 1-mile relay team that competed in a meet against the New Zealand national team.

The uppers, bottoms, and spikes all show wear including fading color, dirt stains, and slight deterioration of the metal spikes. The original white laces have turned a light brownish color likely due to dirt and aging. Brown glue can be seen throughout the uppers, especially where layers of material are held together.

Bowerman was famously protective of his handmade spikes and kept most of them in his personal possession. As a result, very few pairs have surfaced publicly either for auction or any kind of public viewing.