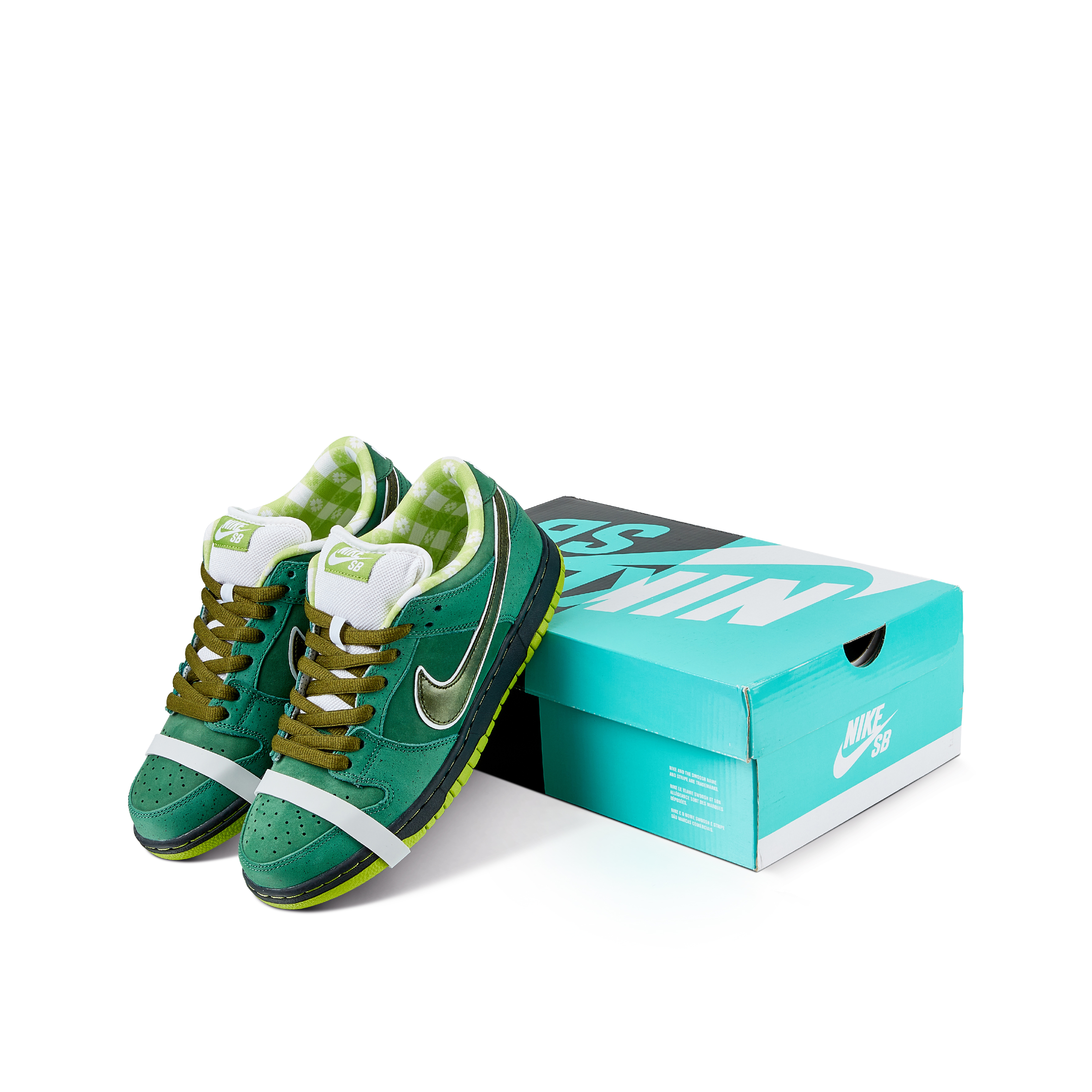 “I was looking at the Nike SB webpage and only two shoes jumped out at me. Then I thought about Nick Diamond’s Tiffany Dunk and that Gucci one. They both had that weird luxury thing. So then I’m like, “F*ck. What does Boston have?” When someone’s visiting, they always want to have lobster. Lobster is the only thing on the menu that says “market price,” or considered to be very expensive.”

CNCPTS and Nike SB teamed up to design the green iteration of the iconic SB ‘Lobster’, after the blue, red and purple versions. The green stone upper is adorned with subtle speckling, contrasted by the pop of lime green from the sole and signature checkered inner lining. The pair comes with pink and black shoelaces as well as rubber bands for the toes to reference the bands put on lobster claws.