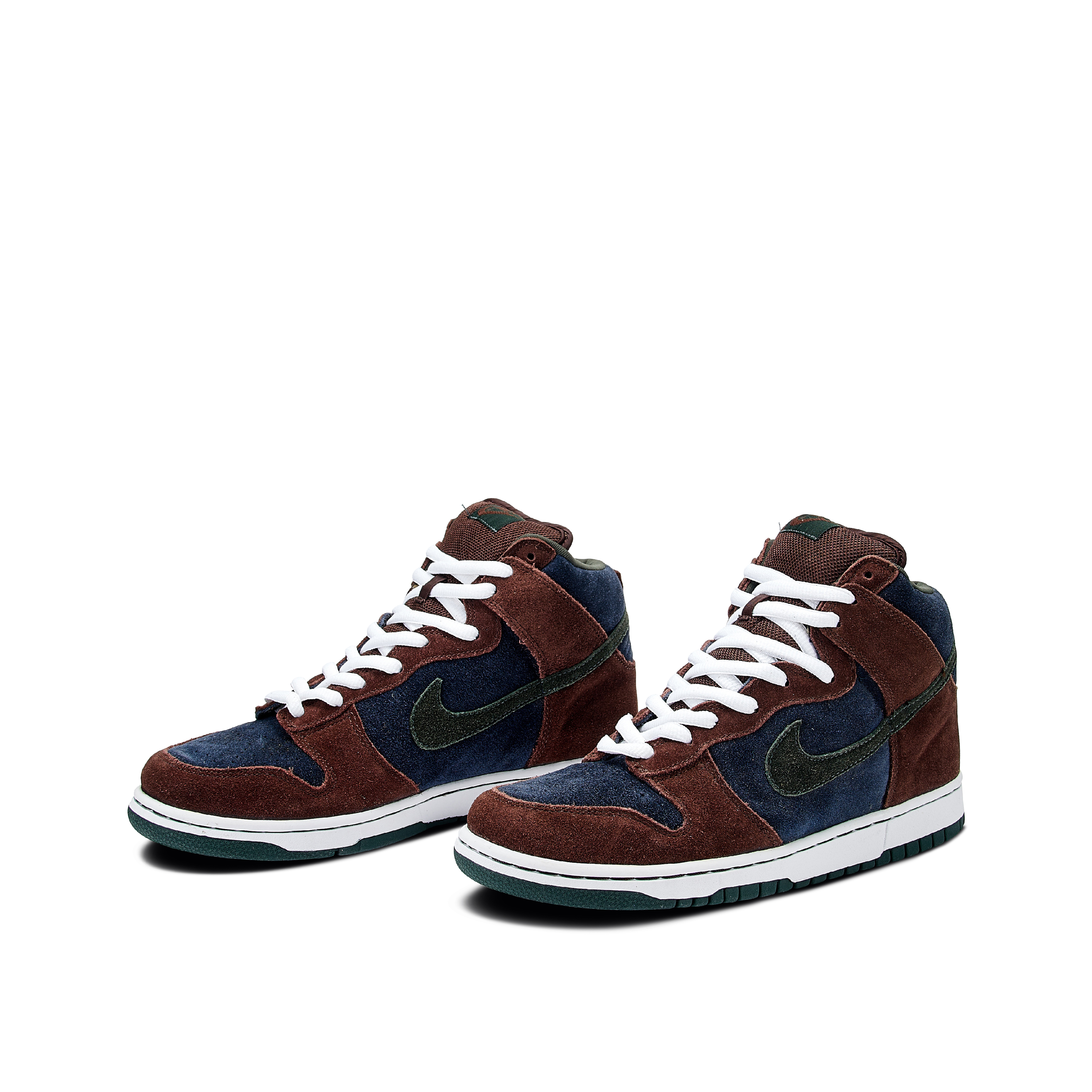 Released in 2002, the Nike SB Dunk High Paul Brown made sneaker history as the first ever high-top Nike SB Dunk. The suede upper – composed of an earthy palette of navy blue, forest green, and brown – is contrasted with bright white laces. The sneaker also has a cushioned tongue, which is a detail only featured on select SB Dunk Highs.