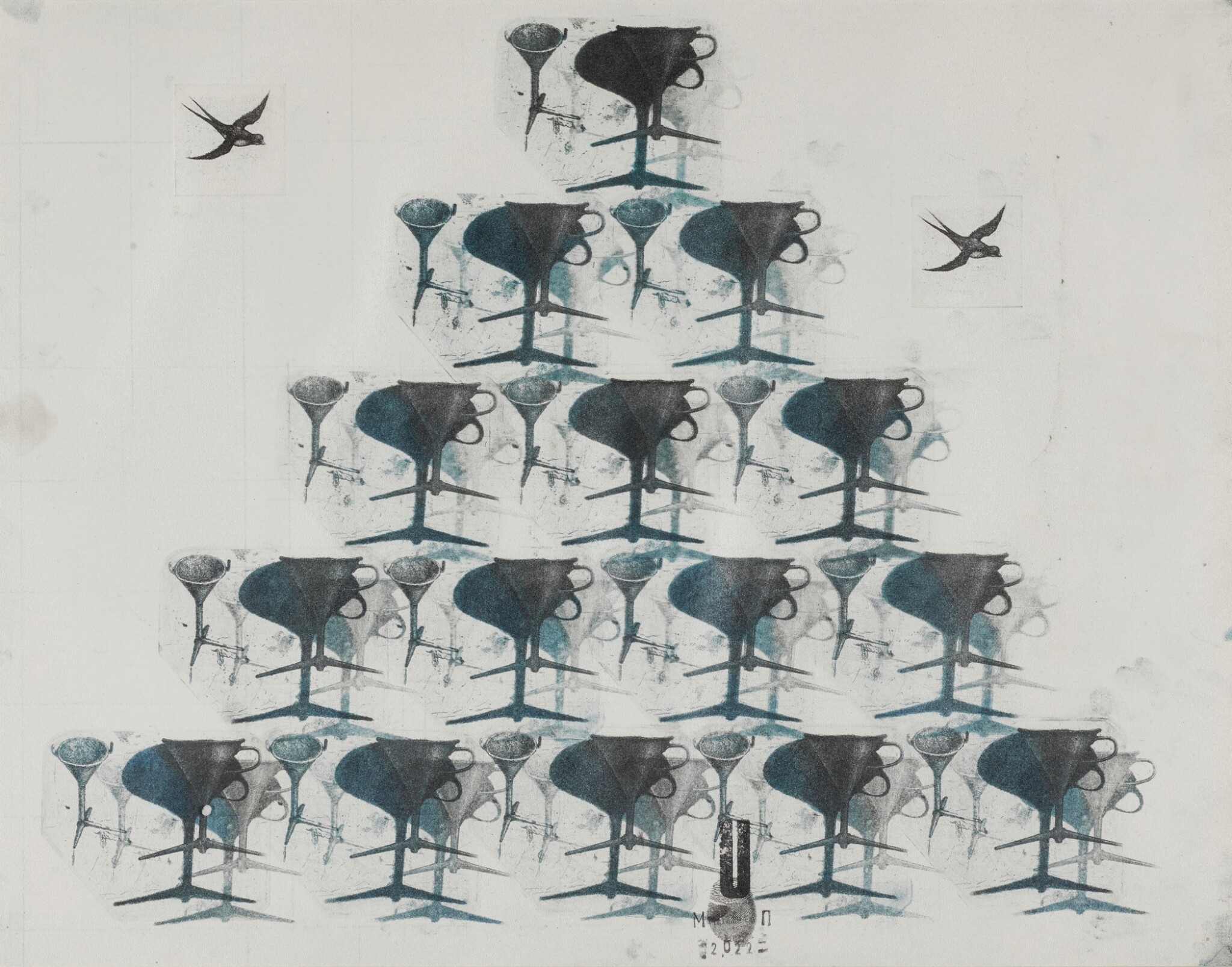 stamped with the artist's initials and dated 2022

This work is in very good condition. The sheet is undulating slightly. There is a small repaired tear in the lower right corner. There is minor creasing along the edges. Handling marks are visible in places. The sheet is taped to the mount along three edges on the reverse. Framed and glazed.

Donated by the artist, Kharkiv

Pavlo Makov was born in 1958 in Leningrad, USSR. He attended the Leningrad Academy of Arts, followed by the M. Samokish Crimean Art College in Simferopol, Crimea and the Kharkiv Art-Industrial Institute, where he specialised in graphic arts. Makov is part of the so-called Ukrainian New Wave generation of artists which came to prominence during the period of perestroika and Ukraine's Declaration of Independence in 1991. Makov’s conceptual practice consists of installations, drawings and etchings, the later becoming the focus of his work following an encounter with the works of Piranesi in the early 1990s.

The present work relates to the installation The Fountain of Exhaustion. Acqua Alta which takes centre stage within the Ukrainian Pavilion at the 2022 59th Venice Biennale. The three-meter-square wall installation – an updated version of an artwork initially conceived in 1995 – consists of 78 bronze sculpted funnels through which water tumbles down. The installation’s original premise was centred around 'the absence of vitality in society after the Soviet Union', yet the work reads equally pertinent now, symbolising, in the artist’s words, 'our global exhaustion' from a range of existential problems, ‘not only with nature, but also via fake news and politics.’ ("'I Am Not Running From My Home': Pavlo Makov, the Artist Representing Ukraine in the Venice Biennale, on Selling Art to Help Arm the Front Lines", in ArtNet News, 24 February 2022).