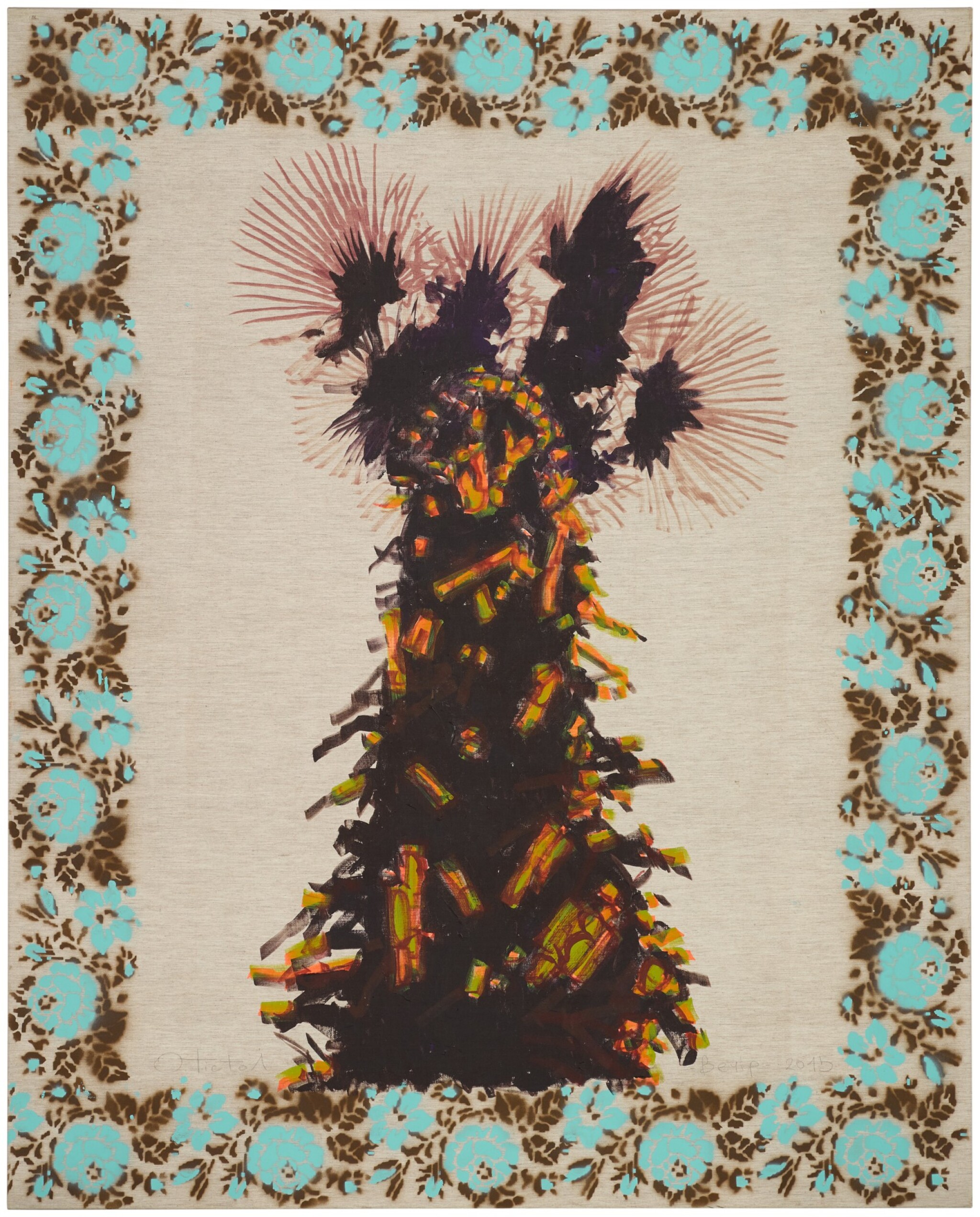 This work is in excellent condition. Very light layer of surface dirt. Unframed.

Please note that this lot will be sent to our Greenford Park warehouse following the auction.
Donated by the artist, Kyiv

Oleg Tistol is a key representative of the Ukrainian New Wave, a group of artists which came to prominence during the period of perestroika and Ukraine’s Declaration of Independence in August 1991. As the art critic Galina Sklyarenko notes, Tistol’s art, which emerged at the intersection of the Soviet and post-Soviet epochs, combines ‘both a critique of Soviet culture with [the] re-evaluation of its clichés as well as the vital, joyful and playful atmosphere, which largely defined the look of “the Ukrainian new wave”.’

The present work showing a palm tree framed by a folkloric pattern executed in bright, Pop Art-inspired colours, belongs to the series “U. B. K.” (an abbreviation for the “Southern Coast of Crimea”), which the artist had been working on since 2007. As Tistol explains: ‘Palm trees for me, just as for all other people, are symbols of paradise. Moreover, in our tradition, the fir tree is a substitute for the palm. Therefore, I always perceived the palm as our “national tree”. One can also add here the summer, the Yalta seafront, and the holiday-like feeling of light-heartedness…’ Since the annexation of Crimea in 2014, Tistol’s palm tree paintings have taken on a more tragic and poignant meaning, coming to epitomise the evergrowing elusiveness of paradise.