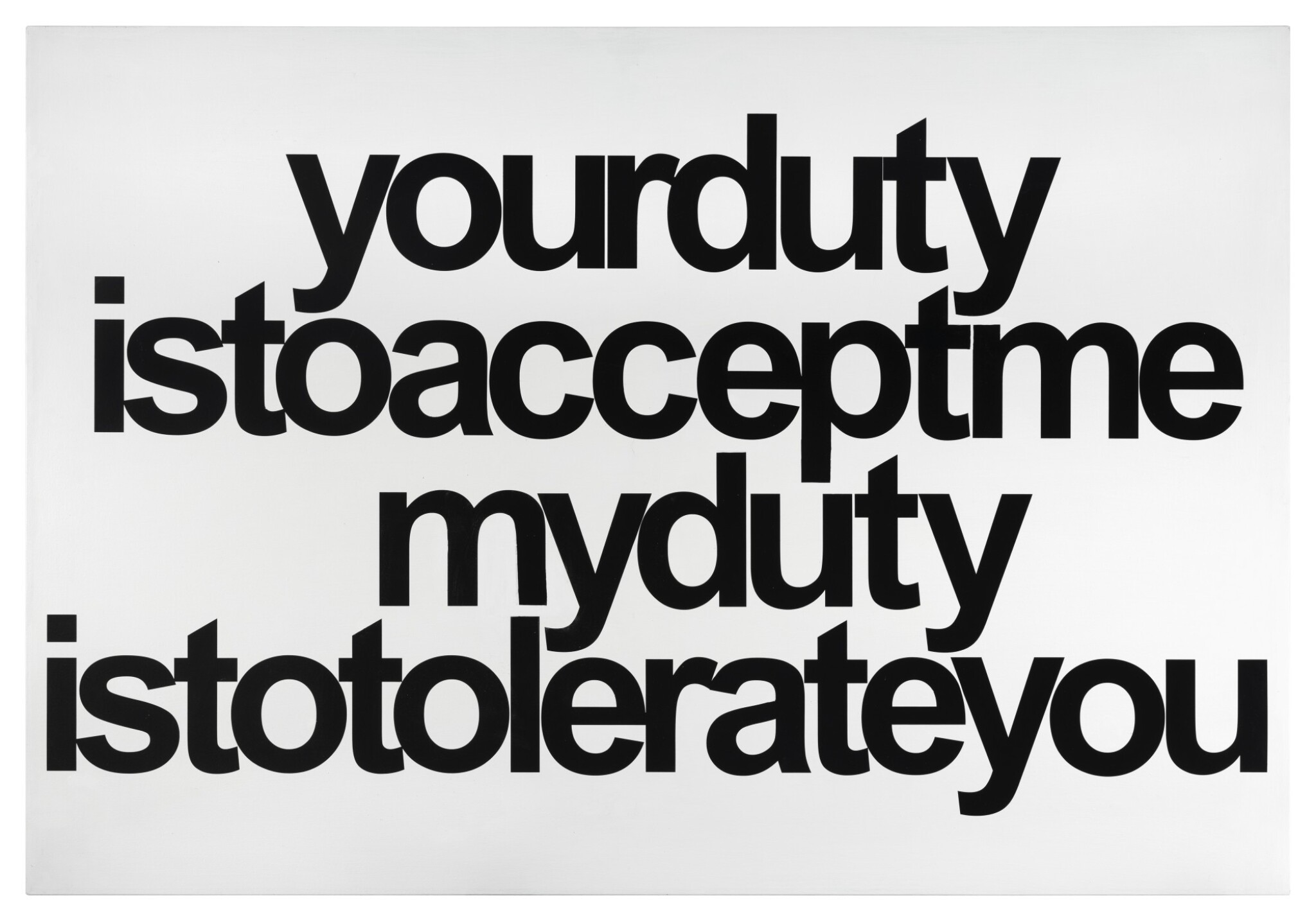 The painting is unframed and in excellent condition overall with no repairs or restoration. There is some very minor scuffing at the corners. On the upper edge of the stretcher near the center, not on the painting surface, there is a small brown dirt mark which could be cleaned.

Vernon Ah Kee’s conceptual text pieces, videos, photographs and drawings form a critique of Australian culture from the perspective of the Aboriginal experience of contemporary life. Ah Kee’s works respond to the history of the romantic and exoticized portraiture of "primitives", and effectively reposition the Aboriginal in Australia from an "othered thing", anchored in museum and scientific records to a contemporary people inhabiting real and current spaces and time. Practicing as an artist for almost thirty years, his work has been exhibited internationally representing Australia at the 53rd Venice Biennale (2009) and the 14th Instanbul Biennial (2015).

Ah Kee’s text pieces are some of the most recognizable in his oeuvre. They combine the languages of conceptual art and minimalism with the urgent issues faced by Indigenous Australians. Influenced by the unapologetic language of activists such as Kevin Gilbert and James Baldwin during his time in art school in the late 1990s, Ah Kee found himself drawn to language as a mode of expression. His lines of text read as excerpts from a larger manifesto and are both instant, yet require pause from the viewer. Ah Kee communicates his thoughts on the predicaments of Indigenous Australians, placing the texts in tight arrangements, forgoing spaces with a sense of “breathless” urgency.

yourduty is bold, yet raw in its pain and strength. It is a central work in his oeuvre, setting out the central moral condition of the indigenous subject in a colonized society. The matte black text offset against the stark white background recalls the forthright and striking designs of Russian constructivist posters that Ah Kee researched during his studies. His text works also intertwine with the logics of minimalism and conceptual art, spurring an immediacy and clarity of form among the wit and systems of language. In Ah Kee’s own words: “Text is immediate. If there’s something you want to say—write it”.

In 2020, The Island, a major survey exhibition of Ah Kee’s practice, was staged by Campbelltown Arts Centre, Sydney. His work is currently on display in Espressioni at the Castello di Rivoli, Turin, and A Year in Art: Australia 1992 at the Tate Modern, London.