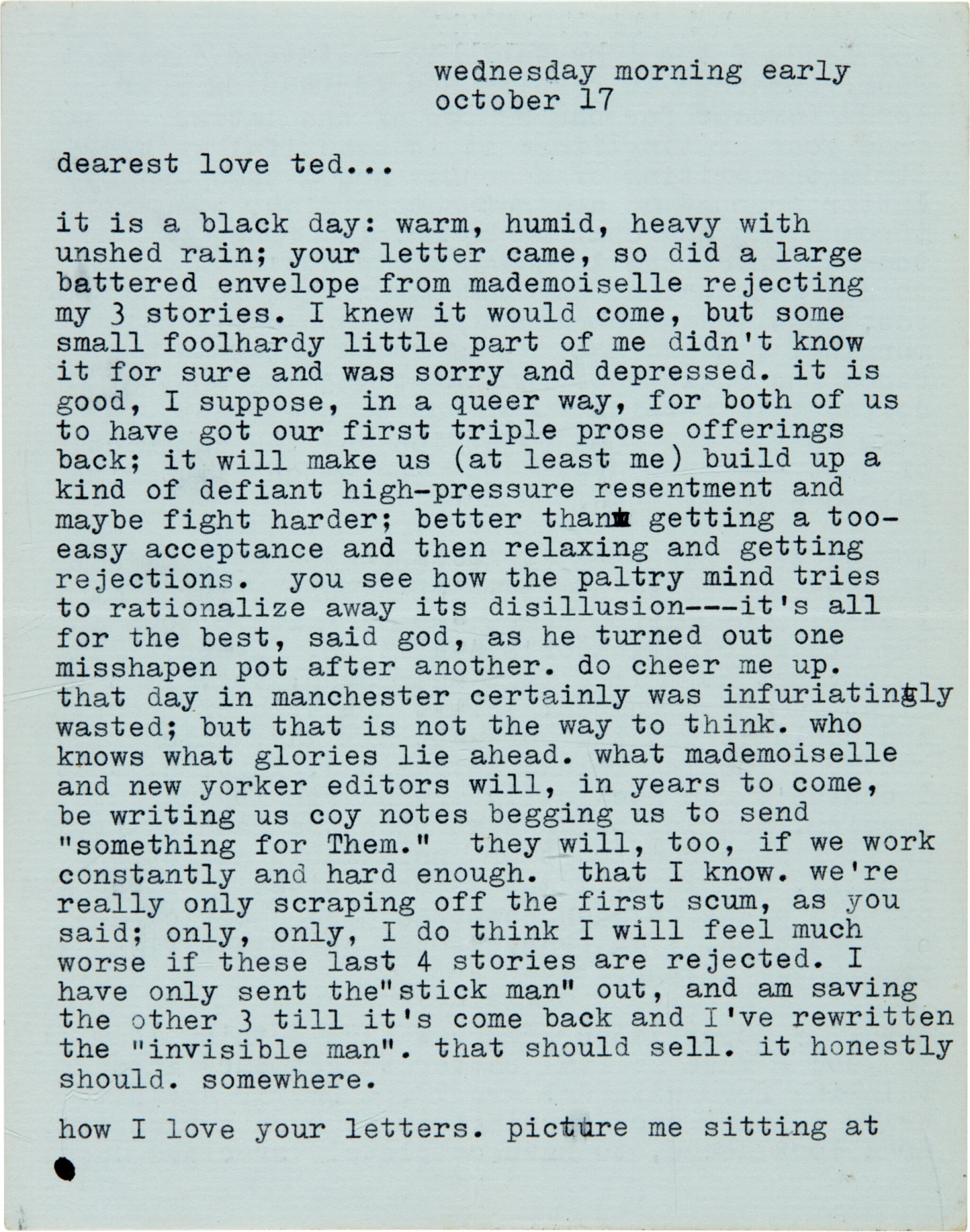 on her study of the tarot ("...I meditated on the Fool and the Juggler, staring at the pictures, reading and re-reading the lucid, pleasantly written descriptions of them and their significance..."), reporting on a letter from her mother following the death of her maternal grandmother ("...everybody is trying to draw her out, so she won't brood about the echoing house and my grammy's absence, which must be terrifically oppressing, after a lifetime of her living with us..."), their latest rejections from magazines, and college life, scattered autograph corrections, five-line autograph postscript, 4 pages, 8vo (177 x 140mm), blue writing paper, [Whitstead, Newnham College, Cambridge], 17 October 1956

"...how I love your letters. picture me sitting at the head of the long table in whitstead dining room, immersed in reading and re-reading your words (except for one or two of the latter, I can read your writing fine; it is beautiful writing; it is the writing of a genius and a teddy-ponk), letter propped up against the butter dish, eyes cutting through the charcoal smoke arising from the toaster..."

A VIVID SNAPSHOT OF PLATH. She continued to juggle her academic work - she had a paper to finish on St Augustine's City of God - with her determined efforts to further both of their writing careers, but nonetheless found time to develop new ideas. She had gained an interest in the occult from Hughes, and had bought a copy of B.A. Rákóczi's The Painted Caravan at an occult bookshop during their weekend in London, which she now declares "my favorite book". She is drawn to the powerful symbolism of the tarot and the idea that "the Initiate can penetrate beyond the surface denotative meaning of the symbols, through the veils, etc. to the Alone". Plath's own tarot pack survives (see lot 22) and she made use of tarot imagery in several poems, most obviously 'The Hanging Man'.