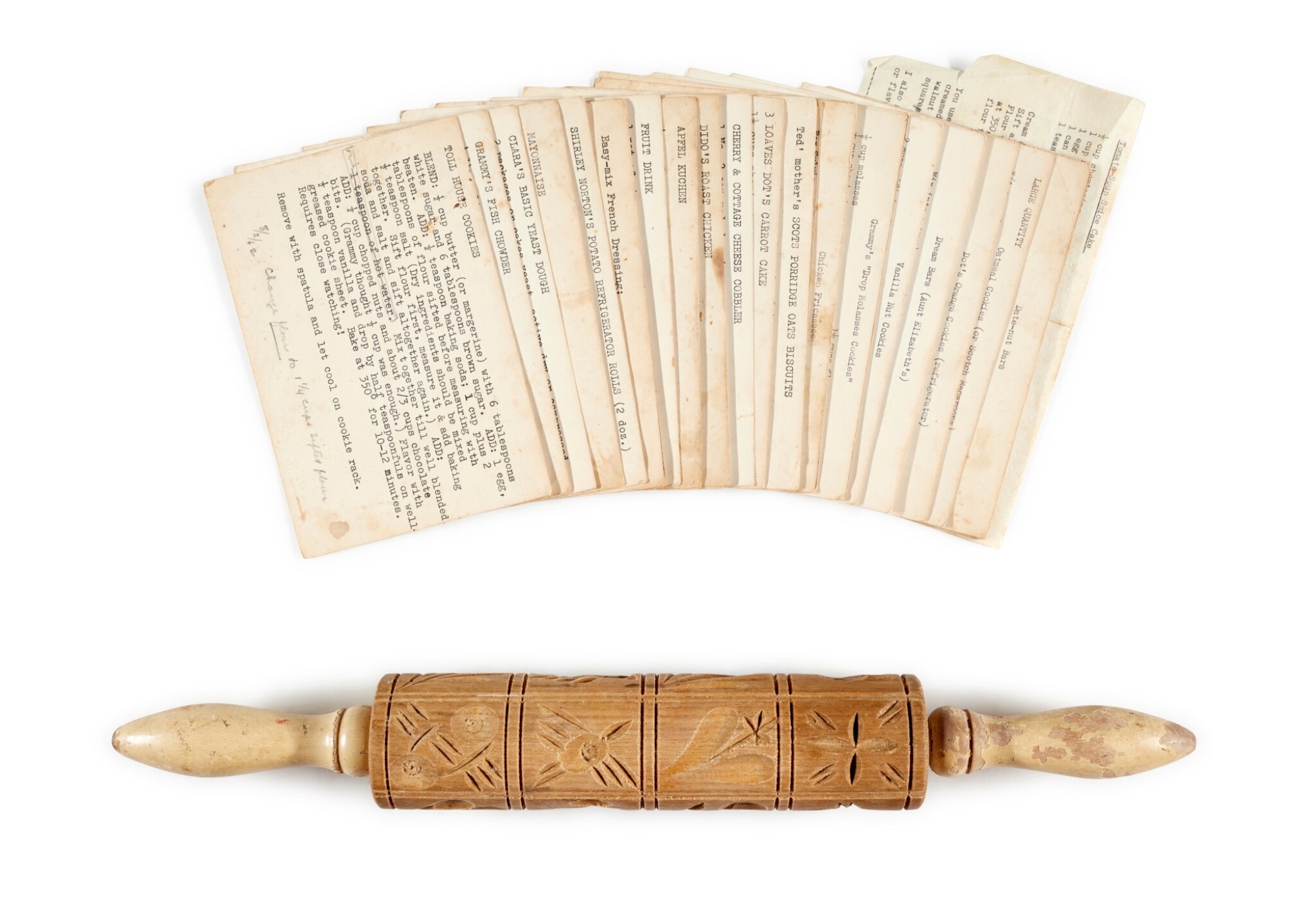 i) 33 typed recipe cards, some typed by Sylvia Plath and others by her mother Aurelia, including a range of family recipes such as "Grammy's Fish Chowder", "Ted's mother's Scots Porridge Oats Biscuits" ("...These are the most delicious cakes I know about. (Ted's own words written from London.)..."), "Grammy's Drop Molasses Cookies" ("...I doubt that I ever made these cookies for you and Warren. Grammy made them for her children and we liked them very much..."), "Aurelia's Apple Crisp", "Dido [Merwin]'s Roast Chicken", and several recipes from "Aunt Dot [Dorothy Benotti]", some cards with pencil notes (chiefly in the hand of Aurelia Plath), most of the cards 103 x 150mm, stained

SYLVIA PLATH'S RECIPE CARDS. Although she was acutely aware of the tension between domesticity and artistic creation, Sylvia Plath loved to cook and refers often to her love for cooking and baking in her journals and elsewhere. She read commercial cookbooks such as The Joy of Cooking "like a rare novel" but also enjoyed cooking from family recipes. These cards are typed on two different typewriters: half of them appear to have been typed by Sylvia Plath, the other half were probably sent to her by her mother Aurelia.