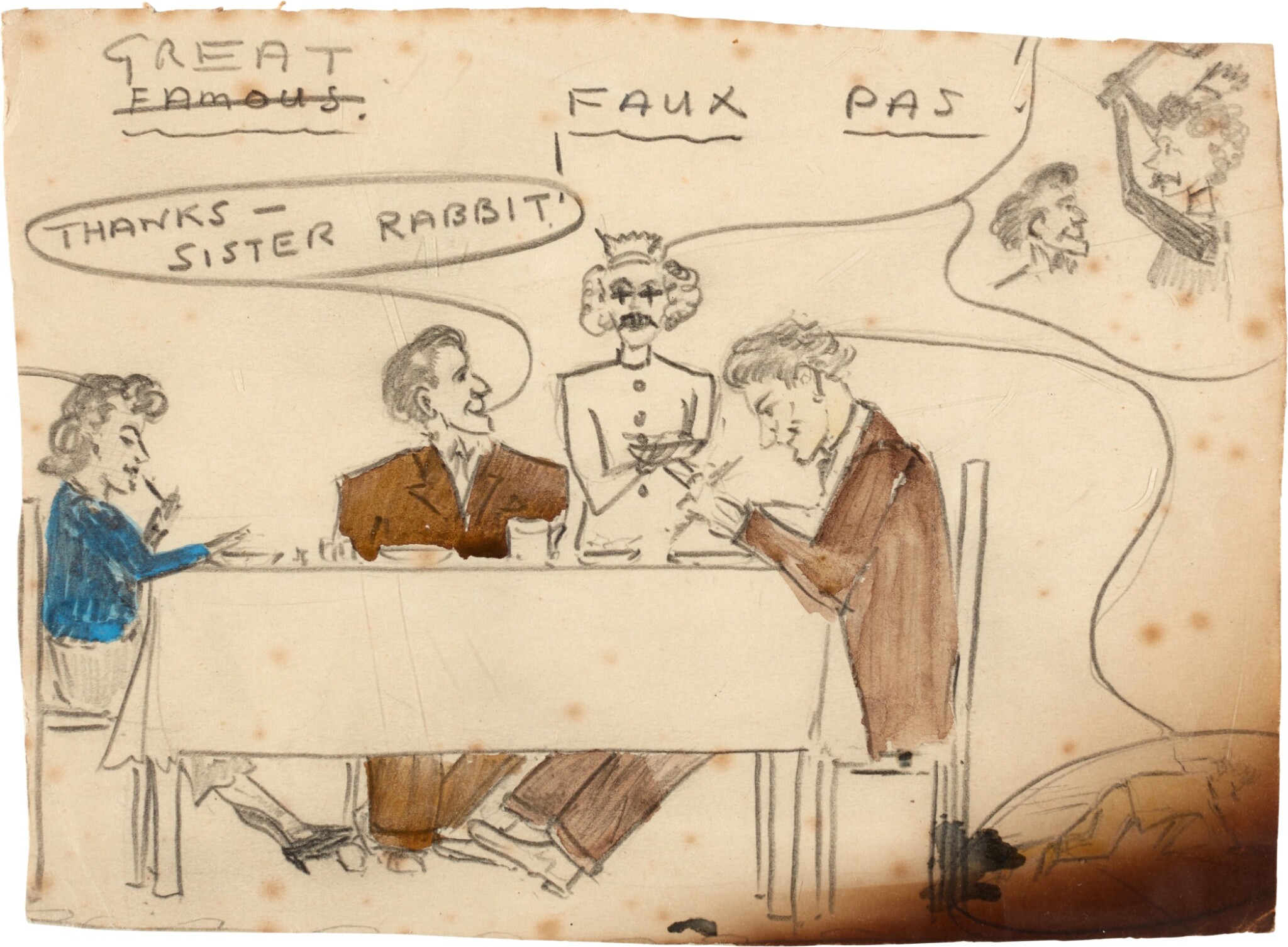 Depicting her, in a maid's uniform, serving a meal to Ted Hughes and two guests, the male guest saying "Thanks - Sister Rabbit", with a furious Plath imagining herself attacking the guest with an axe, Hughes perhaps imagining the same guest collapsed with an axe in the back of his head, in pencil with blue and brown wash, the title originally "Famous Faux Pas" with the first word altered to "Great", 145 x 205mm, cropped, spotting, smoke damage at bottom right

SYLVIA PLATH AS THE RESENTFUL HOSTESS. This cartoon captures Plath's ambivalence towards domesticity: she enjoyed cooking and hosting guests, but also resented the energy it took from her writing and the ease with which her efforts were taken for granted. The cartoon refers to a family joke that is now lost, and the identity of the guests is uncertain. The man's reference to "Sister Rabbit" suggests that he might possibly be her brother Warren, although the woman cannot be his wife Maggie, who never met Sylvia. This item was damaged in the 1970 fire at Lumb Bank, Hughes's home in Yorkshire.