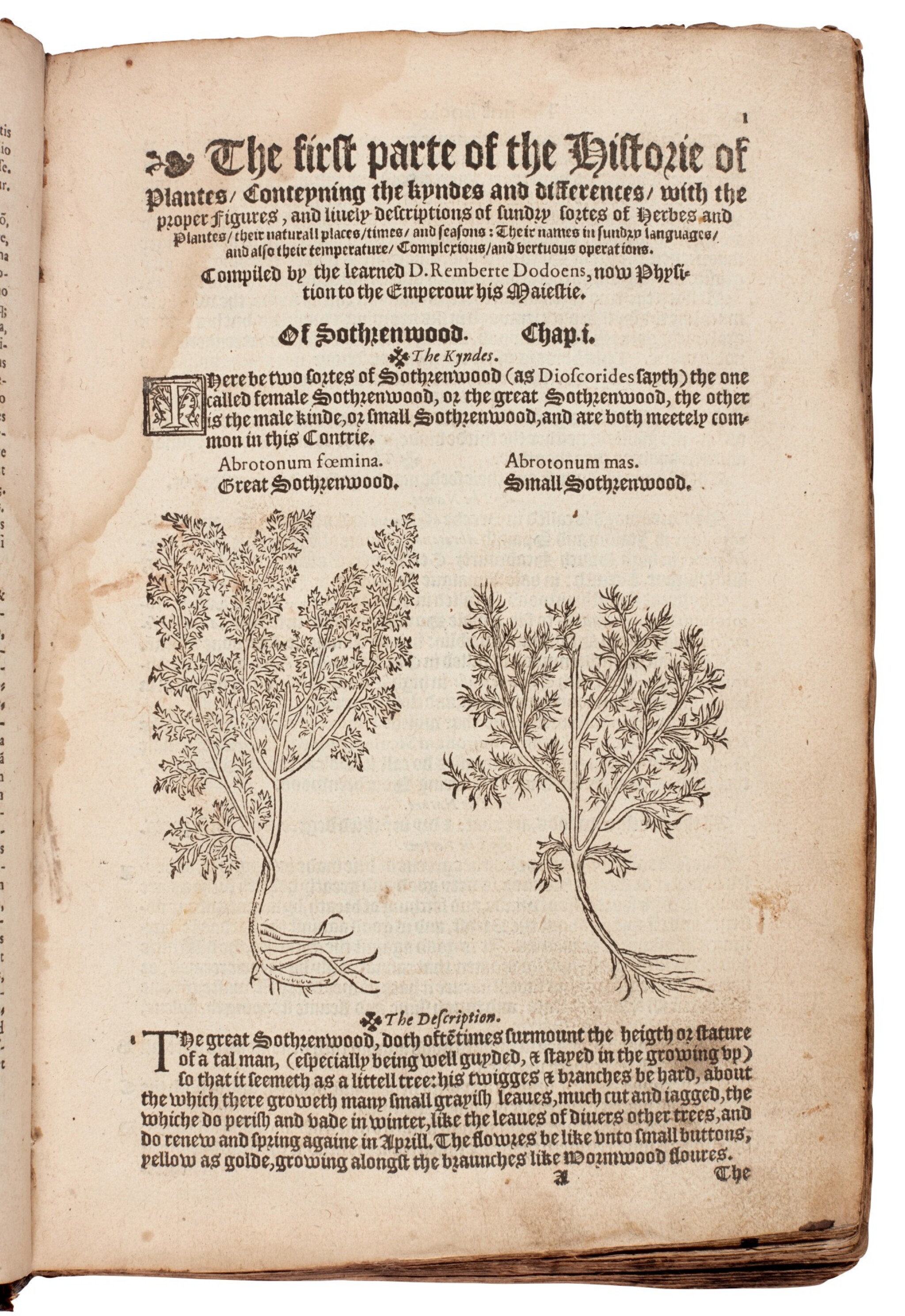 A niewe herball, or historie of plantes: wherin is contayned the whole discourse and perfect description of all sortes of Herbes and Plantes... now first translated out of French into English, by Henry Lyte. London (Antwerp: Henry Loe), sold by Gerard Dewes, 1578

Dodoens's influential herbal was first published in Dutch in 1554 by Jan van der Loe, with woodcuts based on those in Fuchs's masterpiece. The translator, Henry Lyte of Somerset, had travelled across the Continent in his youth and on his return to Somerset had filled his estate with a large variety of plants. His translation (based on the French by Charles l'Ecluse, 1557) includes his own printed marginal comments on the text; both the French and English translations were also printed in Antwerp by van der Loe so they could use the same woodblocks.