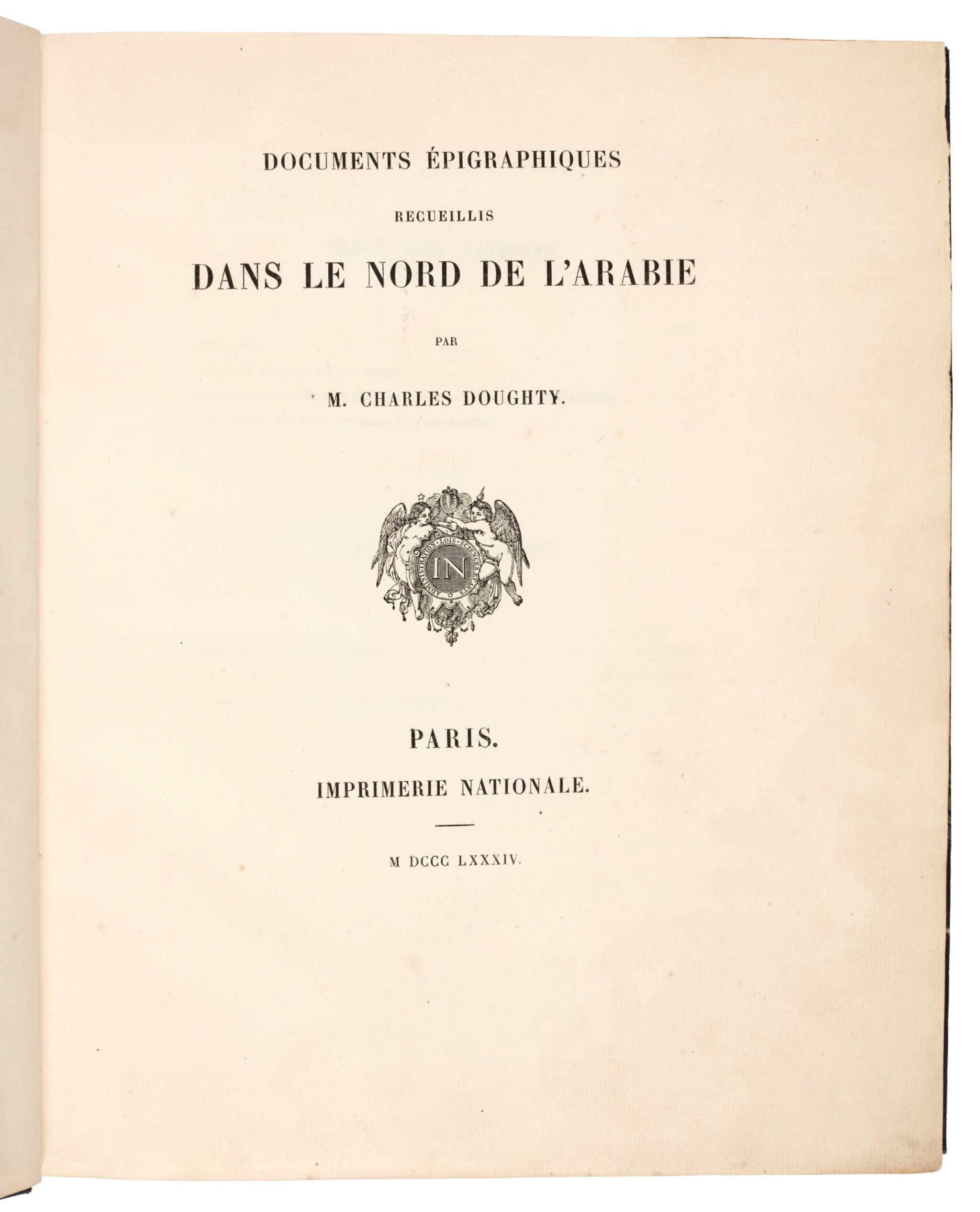 This was Doughty's first published work, a compilation of inscriptions found in Nabataea; it was printed in Paris as the British Museum refused to do so, and it was several years in production. At the time the areas he explored were not well known or accessible which made his transcriptions even more valuable for academics; the travels were fully recorded in his Travels in Arabia Deserta (1888).