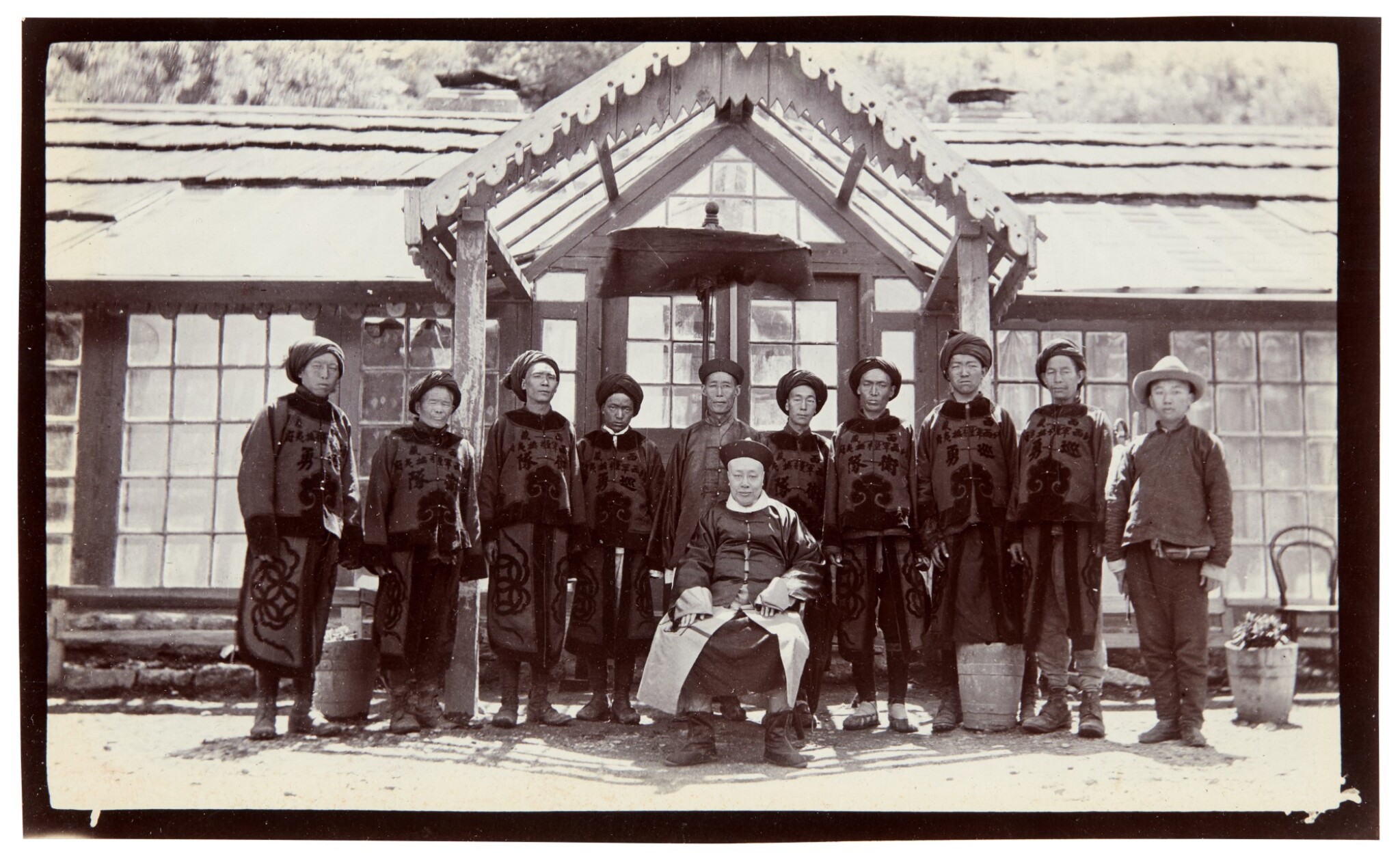 Group of 30 original photographs of Tibet and Sikkim by Henry Martin, circa. 1910

30 silver gelatin prints (each approximately 90 x 150mm.), each with a contemporary ink inscription on the reverse identifying the locations and some of the sitters, 27 with an additional separate typed caption, some captions dated, in archival sleeves, modern black clamshell box, excellent condition

Originally from London, Sergeant Henry Martin, served with Younghusband in Tibet in 1904 and remained there until 1931. After the original Expedition, he worked as a telegraphist in Gyanstse – and later, as Head Clerk of the British Trade Agent. This made him one of the two longest-serving Englishmen in Tibet during that period. He twice married Tibetan women, having two daughters, Alice and Maude, and one son (name unknown). In 1925, Martin was awarded the MBE. Martin was apparently well-regarded by his superiors and was tasked with photographing Tibetan notables, and the movements of Chinese Tibetan troops for the Foreign Office in London. He was provided with an ‘official camera’ for the purpose, and he soon learned to develop negatives and print his own photographs. He usually signed his negatives ‘H.M.’ in the lower right corner.

Gyantse features heavily in his images, as that was where Martin was largely stationed. Other locations are Yatung, Naini, Lingnatum Plain, Pharijong, Chorten, Tsechen, Chatso, Changu and Rungpo. Henry Martin later sold part of his father’s archive to David MacDonald [1870(?) – 1962], the local British Trade Agent, who was Scottish-Sikkimese. MacDonald features with his Ghurkha bodyguards in one of the photographs in this collection, and later wrote the book, The Land of the Lama (1929). One of MacDonald’s daughters donated the Martin / MacDonald archive to the Pitt Rivers Museum in Oxford. Of note, are some fine images of temples, masked lamas and a group portrait of a Chinese official surrounded by his entourage.