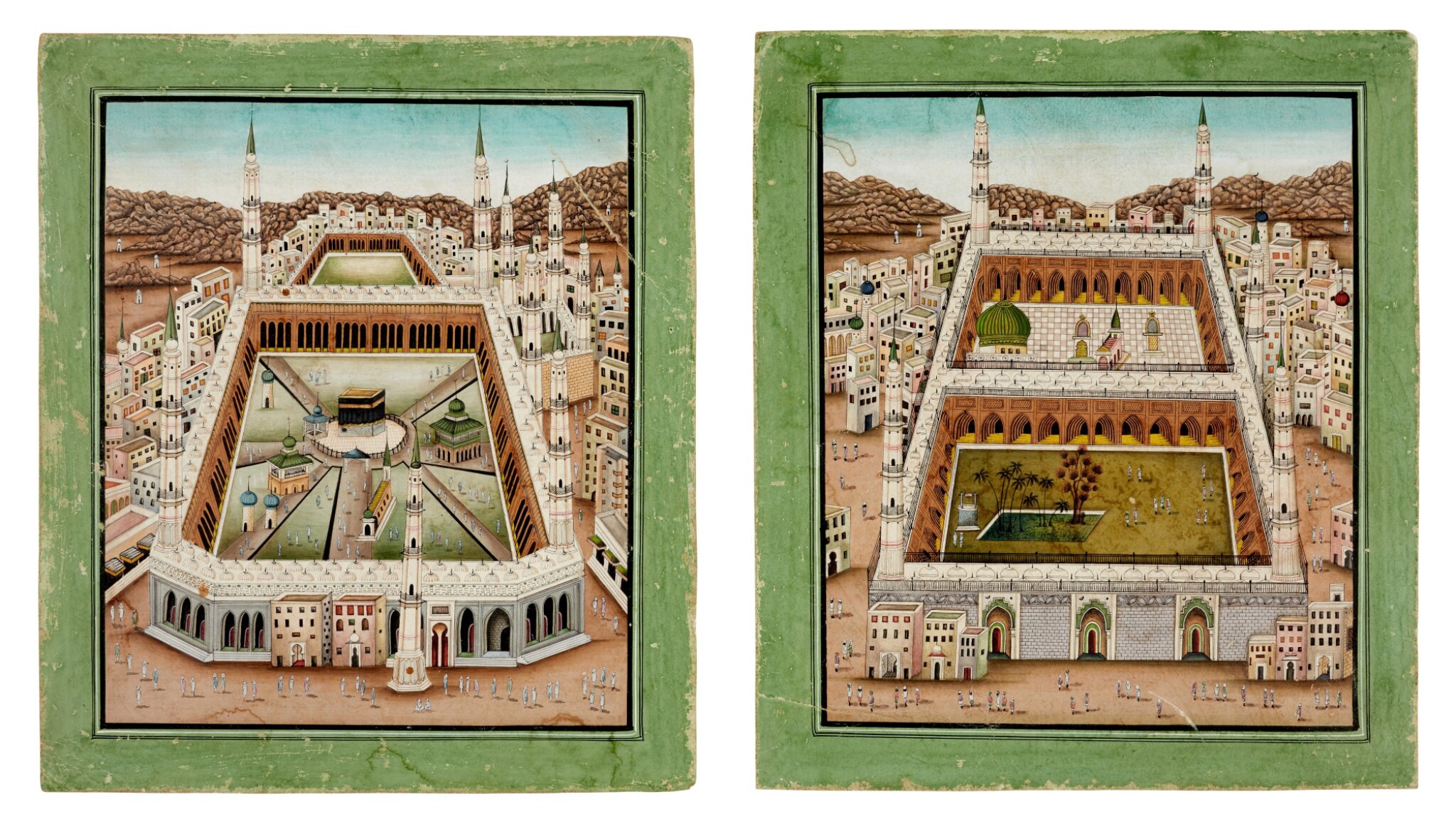 A pair of panoramic views of Mecca and Medina. Northern India, ?Delhi, circa. 1840

340 x 300mm., two leaves, ink and gouache on paper, some small spots of surface soiling, one scuff to the lower edge of the Medina image and a fold to the upper right-hand edge of the Mecca painting, both with slight losses to paint.

The view of Mecca showing the Ka'aba and the Masjid al-Haram, the other of Medina showing the open court and garden of paradise with the well, each painting with the seven minarets and enclosing domed outer walls, domestic houses with rooftops extending out into the edges of both paintings, turbaned pilgrims robed in white seen in the foregrounds, both images framed within white and black ruling with striking green margins.

A few examples of this panoramic view of Mecca have appeared on the market in recent years, however, paintings of Medina in this panoramic style are notably scarcer. Although Mecca and Medina are often depicted alongside one another in prayer books like the Dala-il al-Khayrat, it is unusual to see them painted on this scale as a pair of paintings.