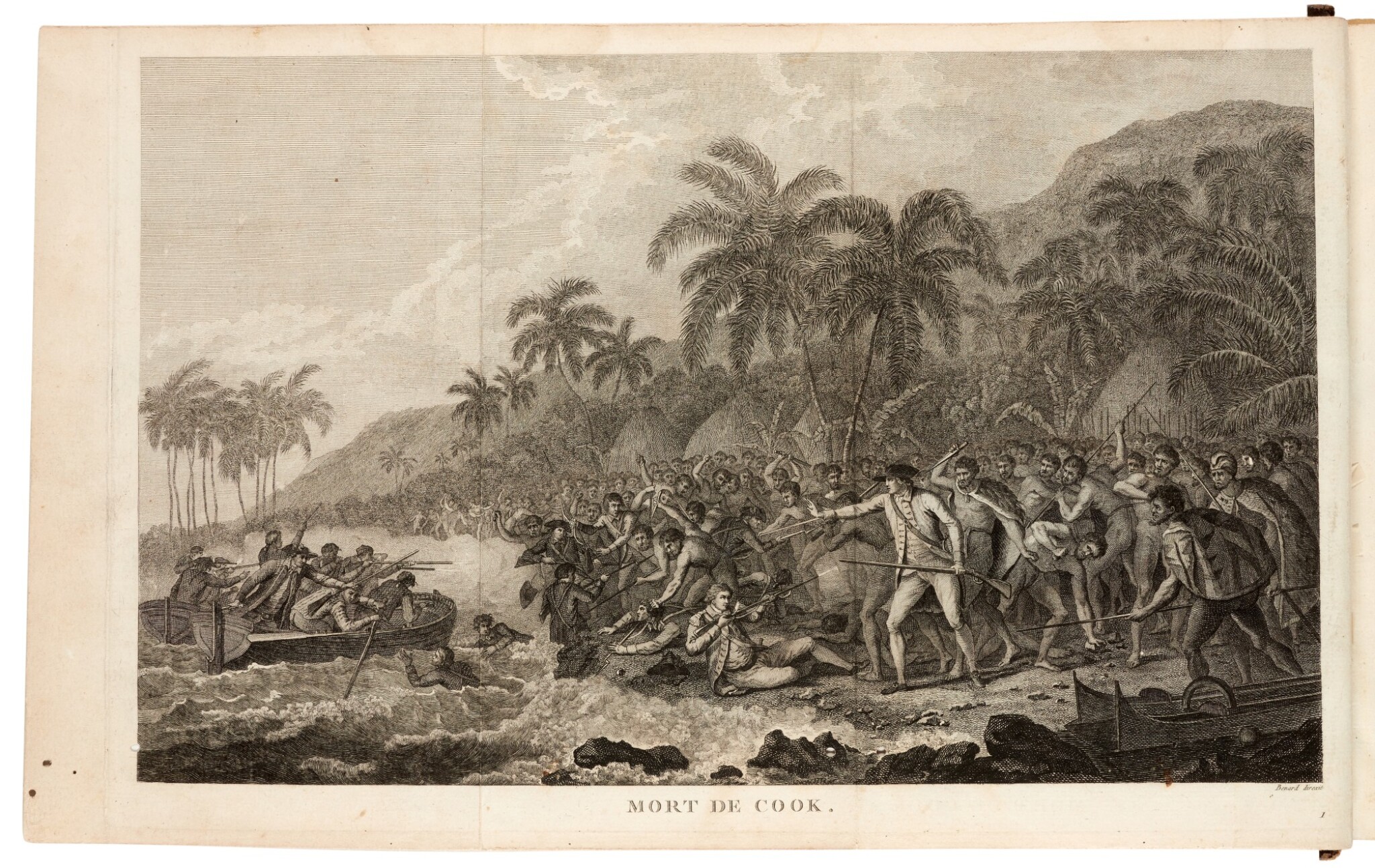 ﻿These richly illustrated four volumes, the first French edition of Cook's famous last voyage, are supplemented by a volume of the charts and figures, which was published separately.

Translated by Jean Nicholas Demunier from the 1784 first edition, the work contains maps, coastal profiles, ethnographic portraits, and dramatic scenes including the death of Cook, a human sacrifice and the night dance of the Hapaee tribe. The Americas are documented, as well as Japan and Hawai, demonstrating the crew's mission to find a Northwest passage.

Sold not subject to return. Condition is described in the main body of the cataloguing, where appropriate