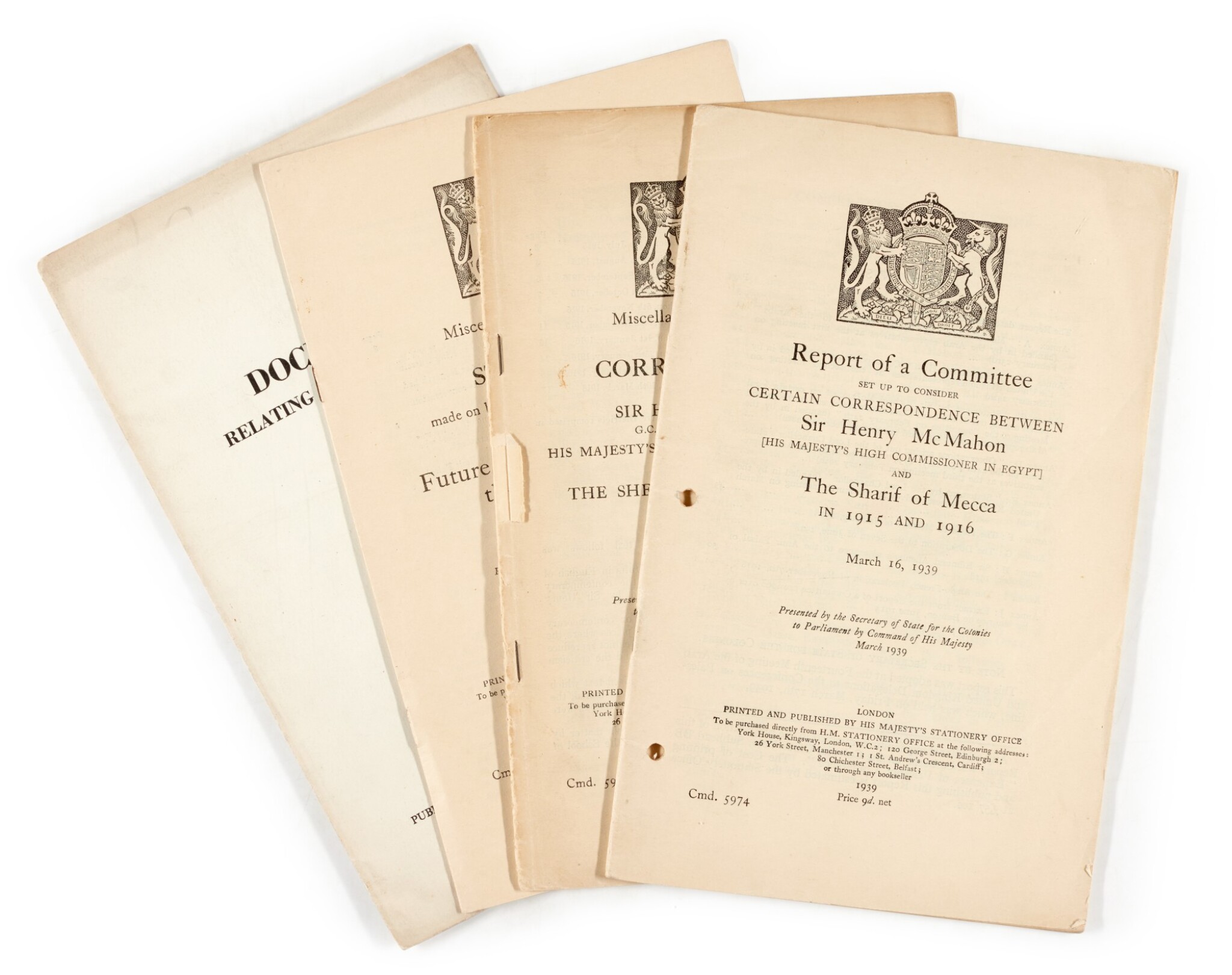 Four documents relating to the correspondence between Sir Henry McMahon and Sharif Hussein of Mecca, July 1915-March 1916 [with a map]. London, his Majesty's Stationery Office, 1939

iv) Statements made on behalf of His Majesty's Government during the year 1918 in regard to the Future Status of certain parts of the Ottoman Empire. London: HMSO, 1939. 8vo, (245 x 151mm.), 7pp, stapled wrappers

The McMahon correspondence relates to the exchange of letters between Henry McMahon, a British diplomat, and Hussein Ibn Ali Sharif of Mecca. The emphasis of the letters was to encourage an Arab Revolt against the Turks during World War I.

When the 1937 Royal Commission on Palestine was published, there were claims circulating that Palestine had been promised to the Arabs. McMahon wrote a letter saying that this was not so and Palestine had not been included in the lands promised for Arab independence. A commission was set up to re-examine the correspondence. The correspondence and report were issued in 1939 as Cmd 5957 and Cmd 5974. The Jewish Agency reproduces the relevant documents and quotes the letter from McMahon to the Times. Cmd 5694 also concerns the future of Palestine after World War I and references the British Declaration to the Seven Arabs.