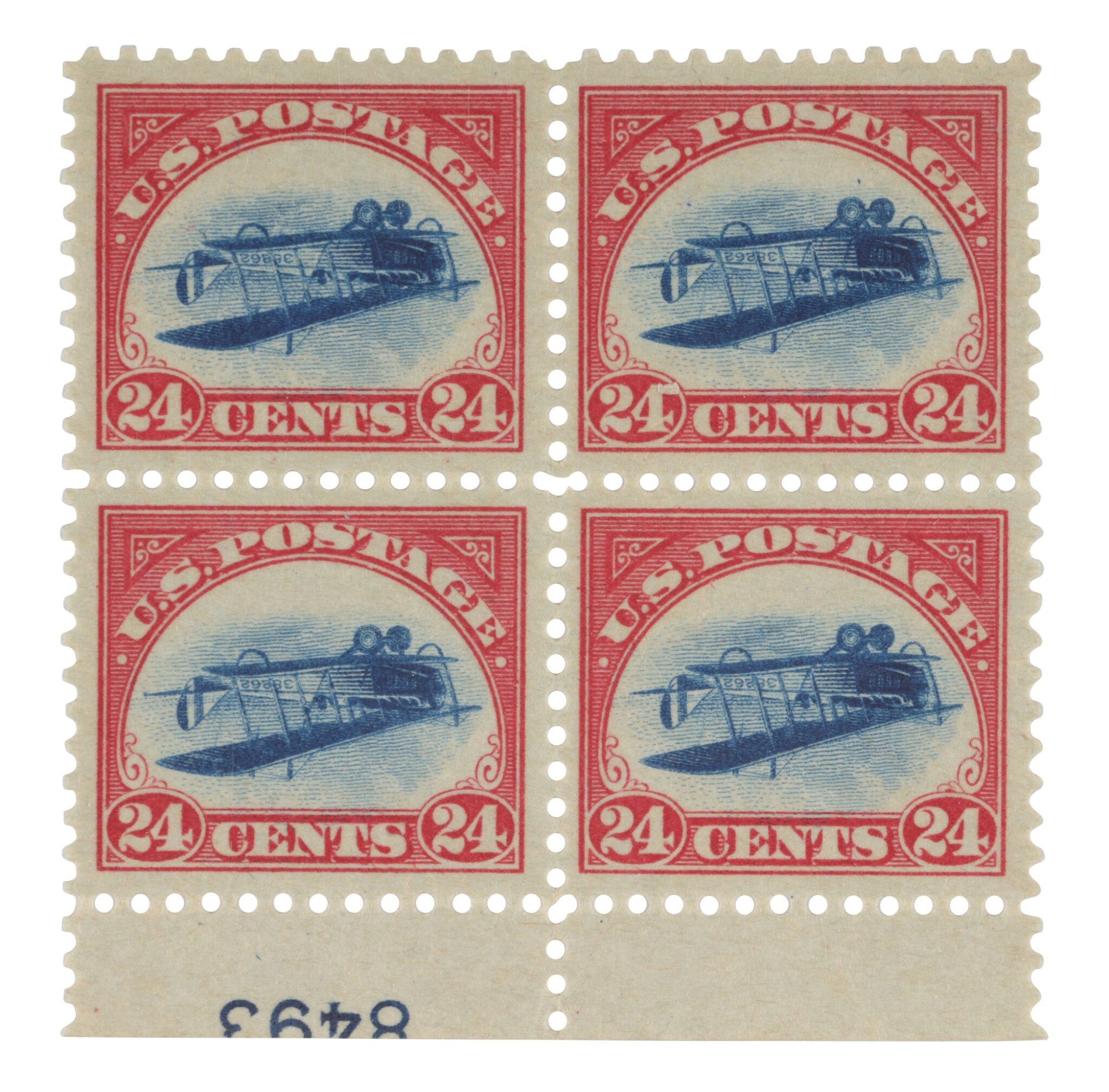 The Unique Plate Number Block of Four, positions 87,88,97,98 with bottom sheet margin and blue plate number 8493. Pristine original gum that has been very lightly hinged and the normal natural gum creases associated with this issue. A barely perceptible inclusion at top right does not detract. Superbly centered and with fresh and vibrant colors.

Extremely Fine, the greatest showpiece and considered by many to be the most valuable item in United States Philately.

William T. Robey (1918, the purchaser of the original sheet);

Eugene Klein (1918, who numbered each stamp lightly in pencil);

The Weill Brothers (1954-1989, the block was purportedly sold and repurchased at least once during this period);