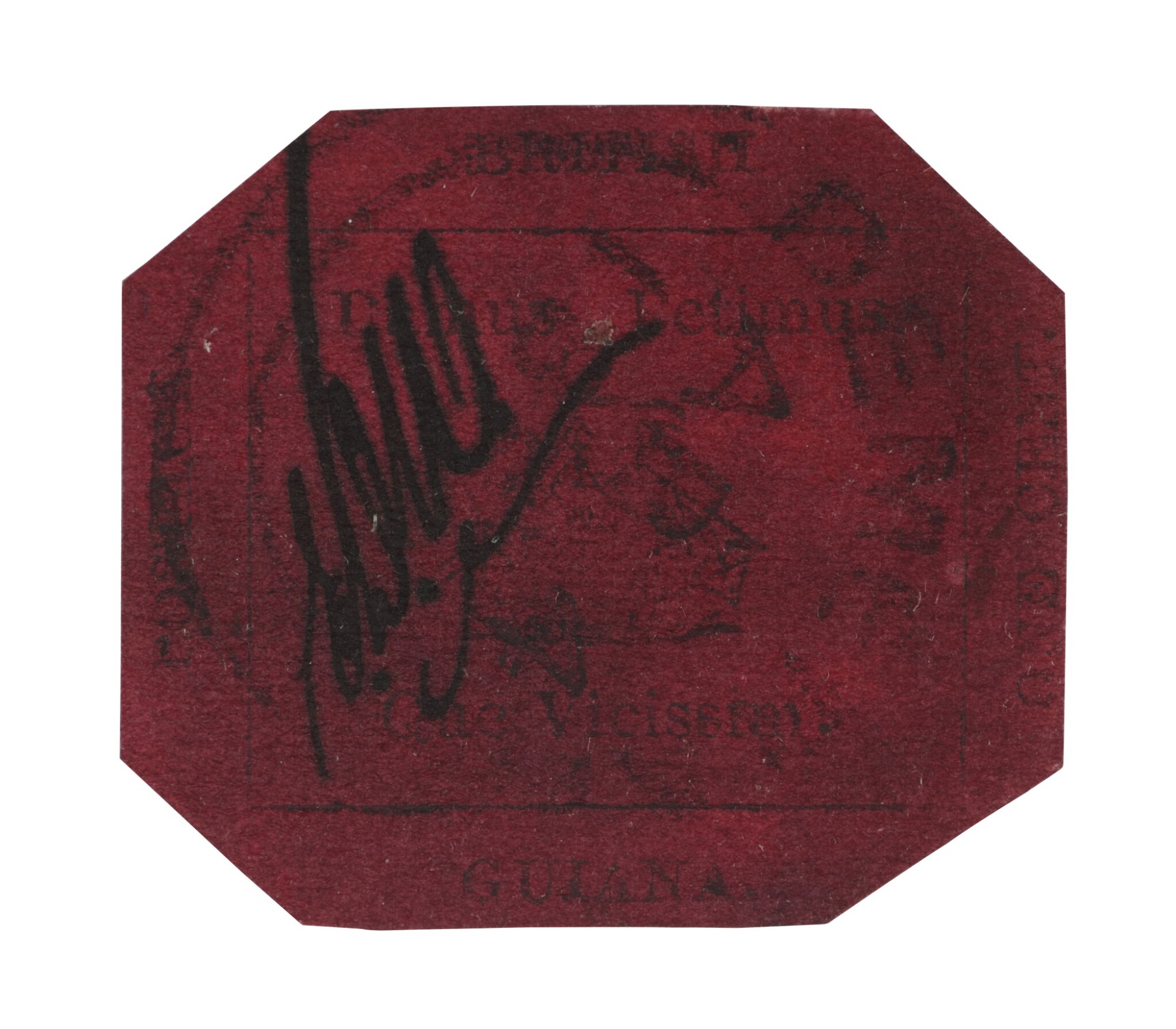 The 2014 certificate contains the observation “surface rubbing reduced by over-painting at some time in the past – possibly while the stamp resided in the Ferrari collection”. It should be noted that the expert committee did not have the benefit of spectrographic analysis when arriving at this opinion.