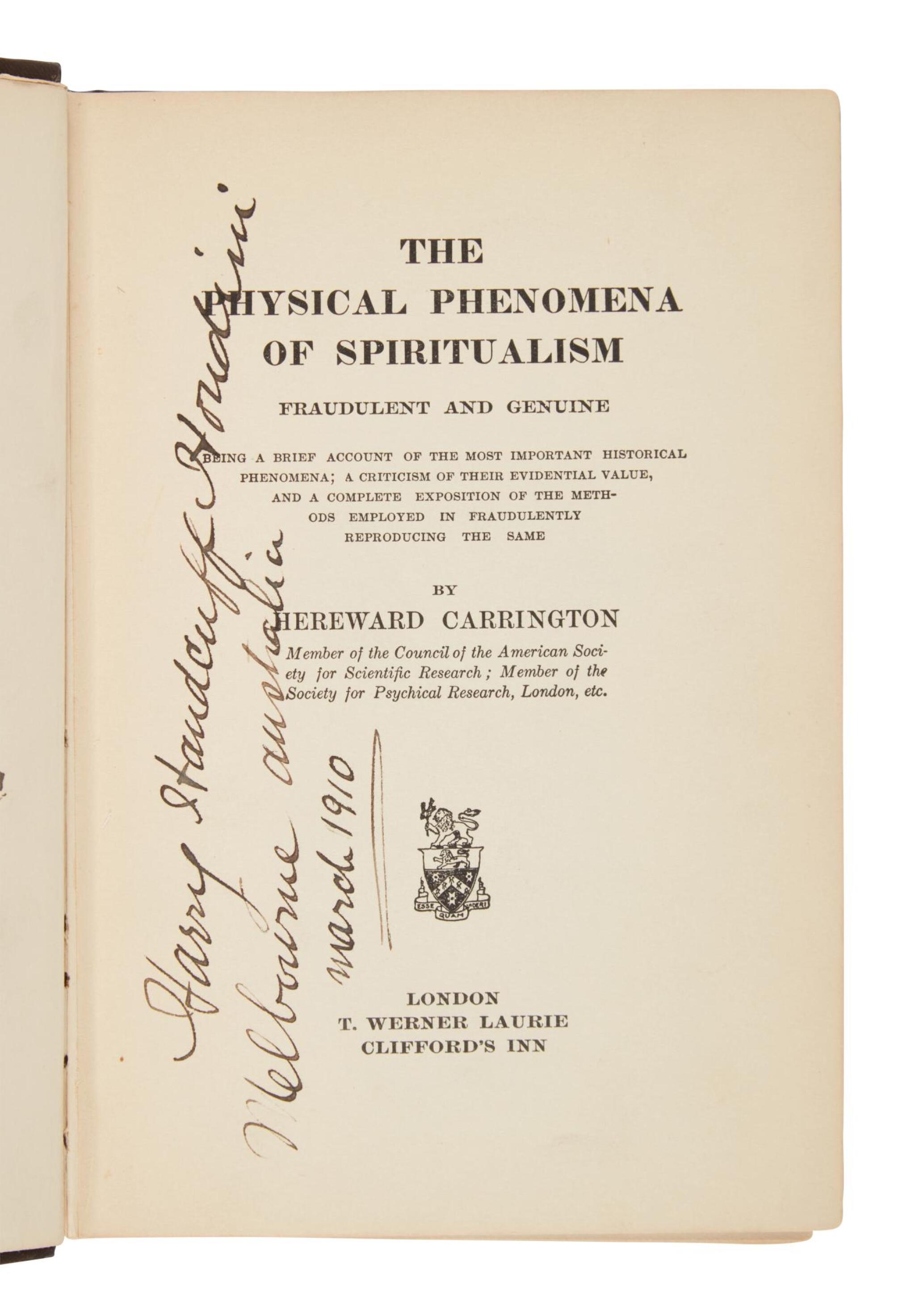 First edition; Houdini's copy, twice signed and annotated by him. This volume, which has the ticket of the Australian bookseller E. W. Cole, is inscribed by Houdini on the front pastedown, "I bought this book in Melbourne Australia March 1910 (I paid 12/6 ($3.00) for it Harry Houdini." Beneath the inscription is mounted a photograph of Houdini's custom-made French Voisin biplane in flight in Australia. He has also signed the title-page, "Harry Handcuff Houdini Melbourne Australia March 1910," and the book contains both his and Beatrice Houdini's bookplates.

Houdini clearly read the book—which analyses spirit photographs, cabinet stunts, and Houdini's own techniques—carefully, and the margins are full of his mostly acerbic comments: "Wrong!"; "This is not true. H.H."; "Very Wrong!!!"; "?!"; "This man does not even attempt to explain any cell escapes H. Houdini"; "Rot!"; and "also Rot." A couple of pages do rate the comment "Good."

Also tipped into the book is a typewritten description of "Sealed letter reading … Given to me by Roterberg," and a now-empty, and very browned. envelope.