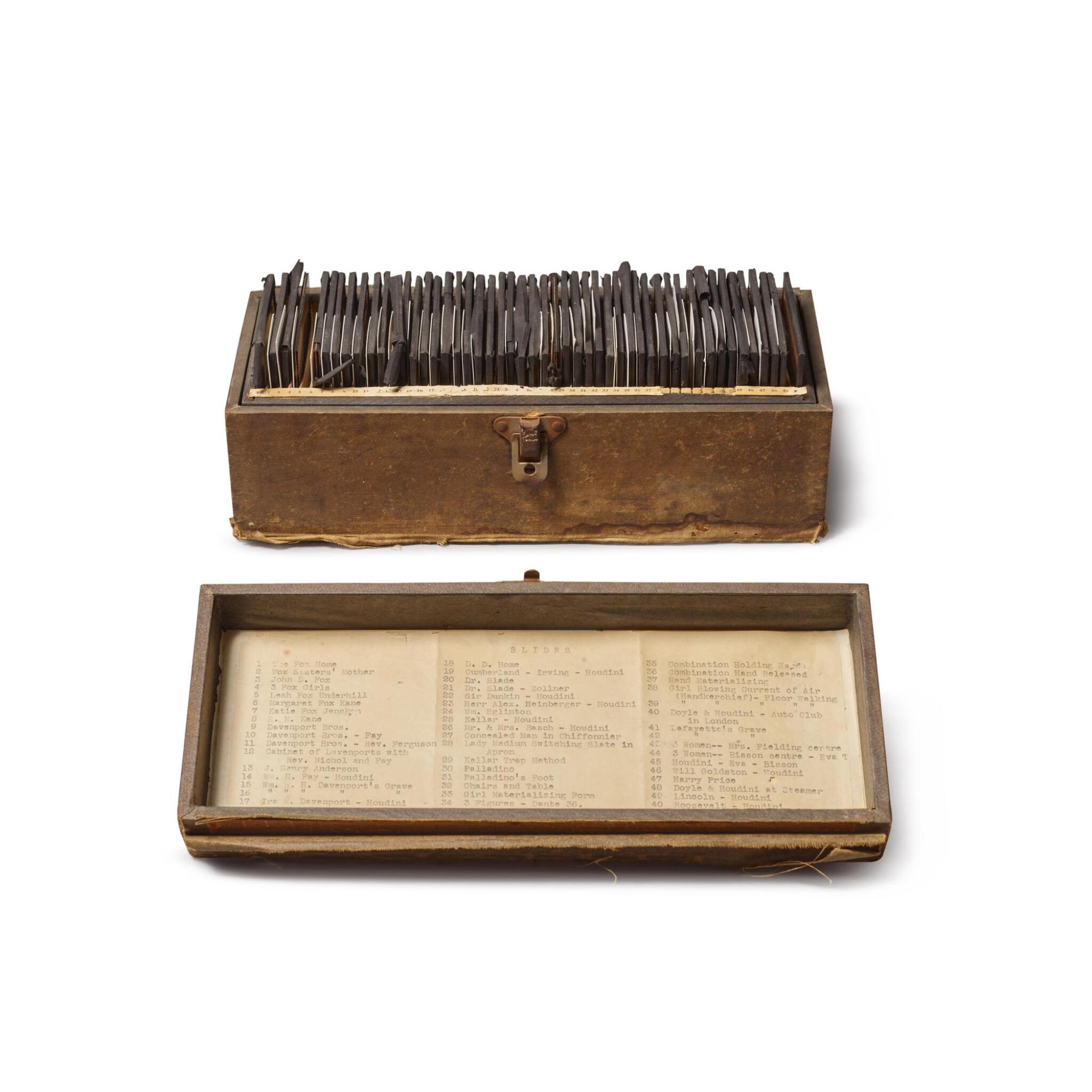 Magic lantern slides belonging to Houdini and used in his lectures on spiritualism. New York?, ca. 1924

"[T]he most prominent figure associated with the conflict between magic and mediums [was] Harry Houdini. In his personal quest for contact with his own departed mother, Houdini desperately wanted to believe in an afterlife, but his unrequited journey turned him into the leading debunker of his day" (TTW).

In 1924, the same year he published A Magician Among the Spirits, "Houdini toured the United States exposing the methods of fraudulent spirit mediums. His first tour ran February and March along the eastern seaboard. His second tour was nationwide and ran from October through December. His lectures consisted of a slide show, demonstrations of seance techniques, exposures of specific mediums such as Margery, and an open Q&A session. … The name of his lecture was 'Can the Dead Speak to the Living?'" (https://www.wildabouthoudini.com/p/houdini-spr.html). These are the slides used during these lectures, including a "spirit photograph" of Houdini with Abraham Lincoln. A number of the slides were also used as illustrations in A Magician Among the Spirits.