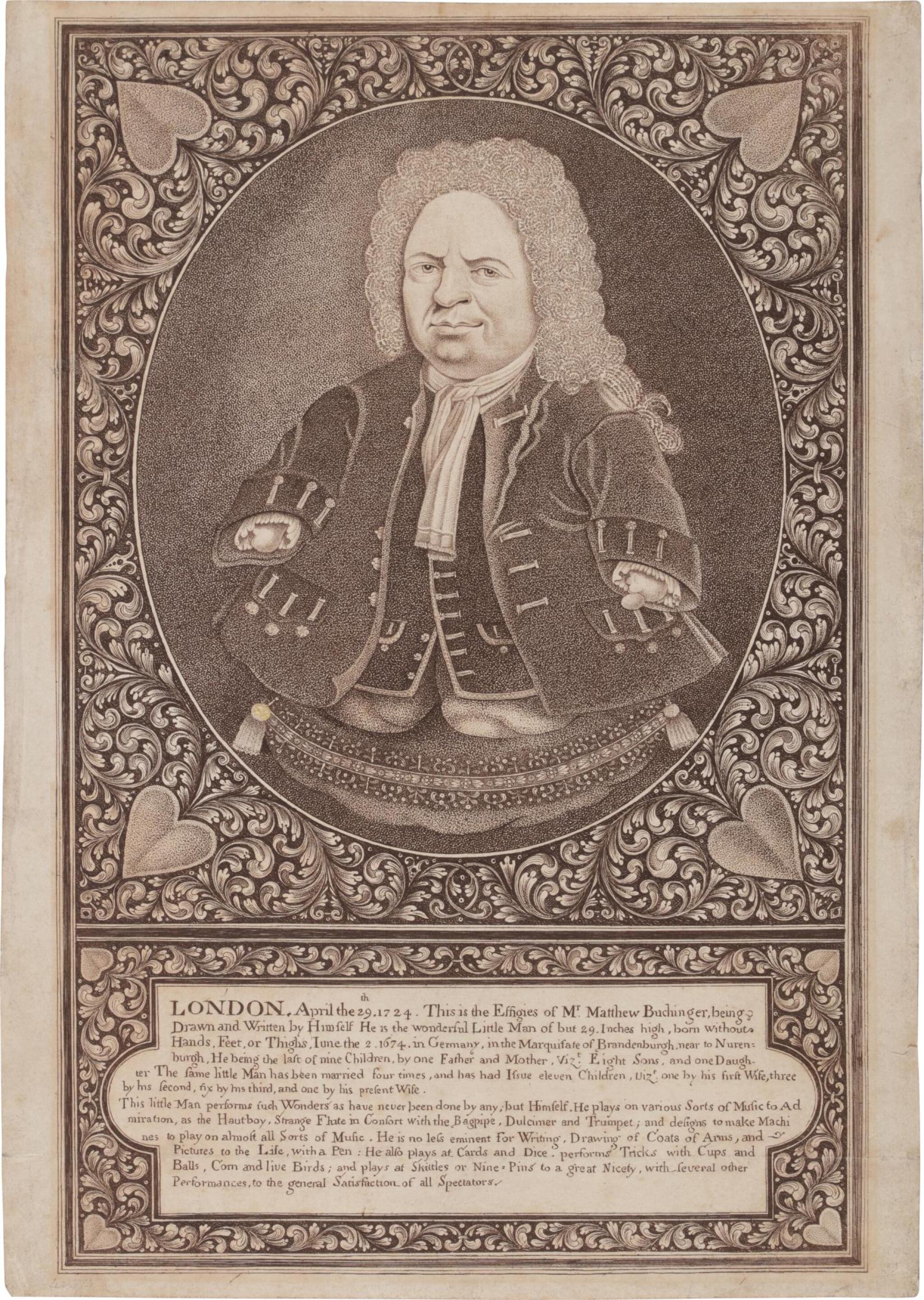 This is the Effigies of Mr. Matthew Buchinger, being Drawn and Written by Himself. London, 1724

A scarce sepia-ink example of the "most iconic of all Buchinger images" (MB, p. 53). Buchinger is depicted standing on an embroidered cushion, surrounded by an intricate scrollwork border, with a lengthy descriptive caption at the bottom of the sheet:

"He is the wonderful Little Man of but 29. Inches high, born without Hands, Feet, or Thighs, June the 2. 1674. in Germany, … the same little Man has been married four times, and has had Issue eleven Children, vizt. one by his first Wife, three by his second, six by his third, and one by his present Wife.

"This little Man performs such Wonders as have never been done by any; but Himself. He plays on various Sorts of Music to Admiration, as the Hautboy, Strange Flute in Consort with the Bagpipe, Dulcimer and Trumpet; and designs to make Machines to play on almost all Sorts of Music. He is no less eminent for Writing, Drawing of Coats of Arms, and Pictures to the Life, with a Pen: He also plays at Cards and Dice, performs Tricks with Cups and Balls, Corn and live Birds; and plays at Skittles or Nine-Pins to a great Nicety, with several other Performances, to the great Satisfaction of all Spectators."

This engraving, likely the work of several anonymous craftsmen working from the original self-portrait, was the instrument by which Buchinger's fame was spread throughout Great Britain. The aristocratic portrayal of Buchinger "reveals his transition from an unknown and unheralded figure of popular entertainment into the guise of a gentleman who preferred an upper-class audience that could pay handsomely for his calligraphic family trees, coats of arms, and distinctive portraits" (Wordplay). The curls of Buchinger's patrician wig are composed of the micrographic texts of the Lord's Prayer and seven complete Psalms.